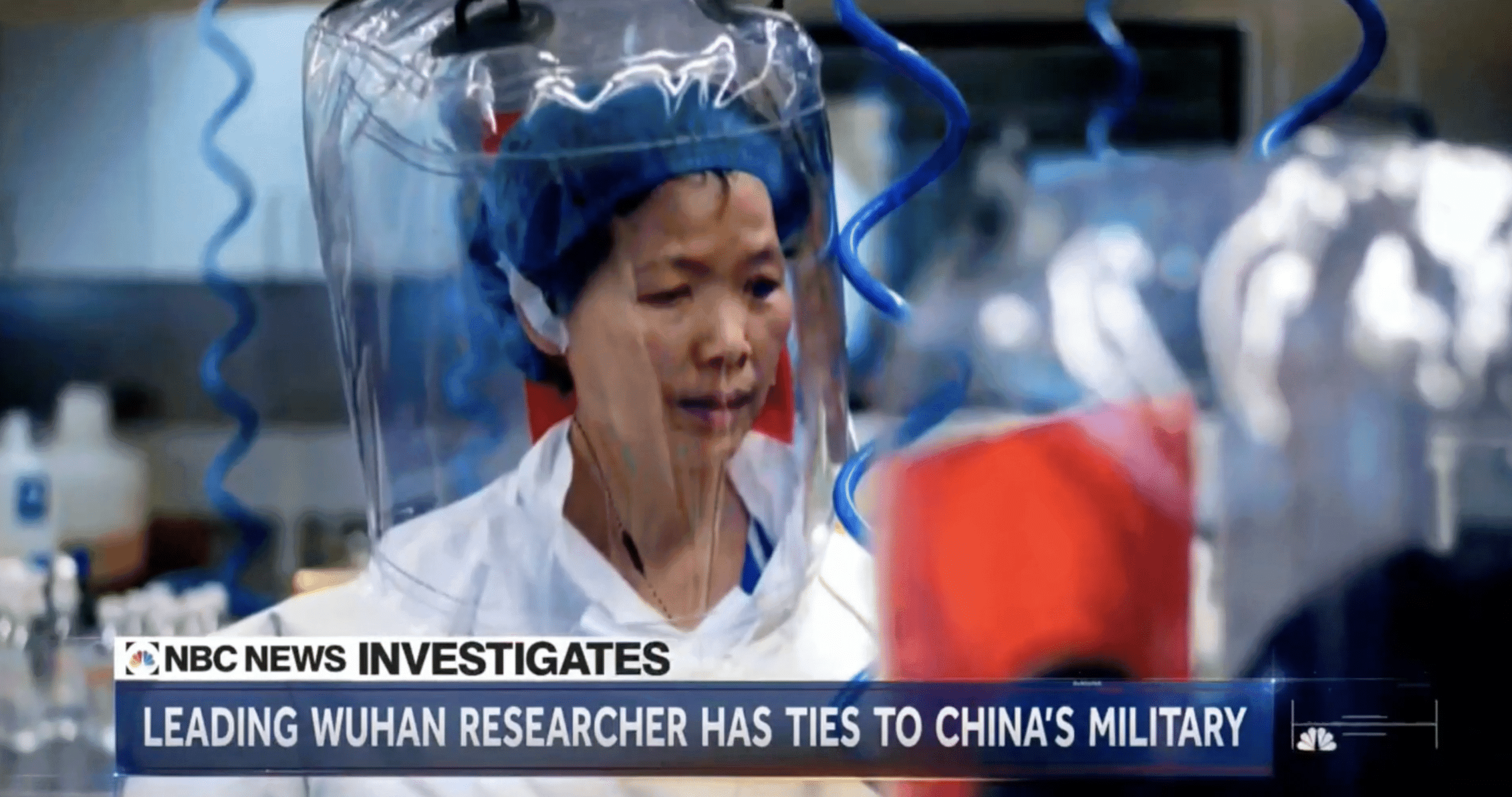 “NBC Nightly News” Tuesday night reported that one of the top scientists at the Wuhan Institute of Virology “has multiple connections with military officials.” Dr. Shi Zhengli is nicknamed the “Bat Woman” because she is “a well-known virus hunter who has long focused on bat coronaviruses” reported Reuters.

In a bombshell report, NBC News Senior International Correspondent Keir Simmons reported that Dr. Shi Zhengli, one of the top scientists at the Wuhan Institute of Virology, is connected to China’s military.

“Our new reporting finds ties between a leading researcher at China’s Wuhan lab, and military scientists” explained Lester Holt leading into the segment.

“More than thirty international scientists say China should not be allowed to block a full inquiry into the origins of the coronavirus” Simmons begins.

In January, a Trump administration fact sheet co-written by former state department advisor David Asher,  accused China of “secret military activity” at the Wuhan Institute of Virology. Simmons interviewed Asher who said, “I am very confident that the military was funding a secret program that did involve coronaviruses.”

Simmons reports that “Bat Woman” insisted the lab is “only a civilian institution” when she was questioned earlier this year by Jamie Metzl, a former national security official.  NBC played a clip of Zhengli being questioned on March 23 in which she said: “At the beginning of COVID-19 we heard the rumors that it’s claimed that in our laboratory we have some projects blabla with the army, blabla these kind of rumors, but this is not correct.”

“But” stated Simmons in the report, “NBC News has evidence Dr. Shi herself has multiple connections with military officials. Shi and others collaborated with a military scientist on coronavirus research in spring 2018. And with another military scientist, Zhou Yusen, in December 2019. In fall 2020, an article that scientist authored lists him in a footnote as deceased. NBC has been unable to ascertain the circumstances of his death.”