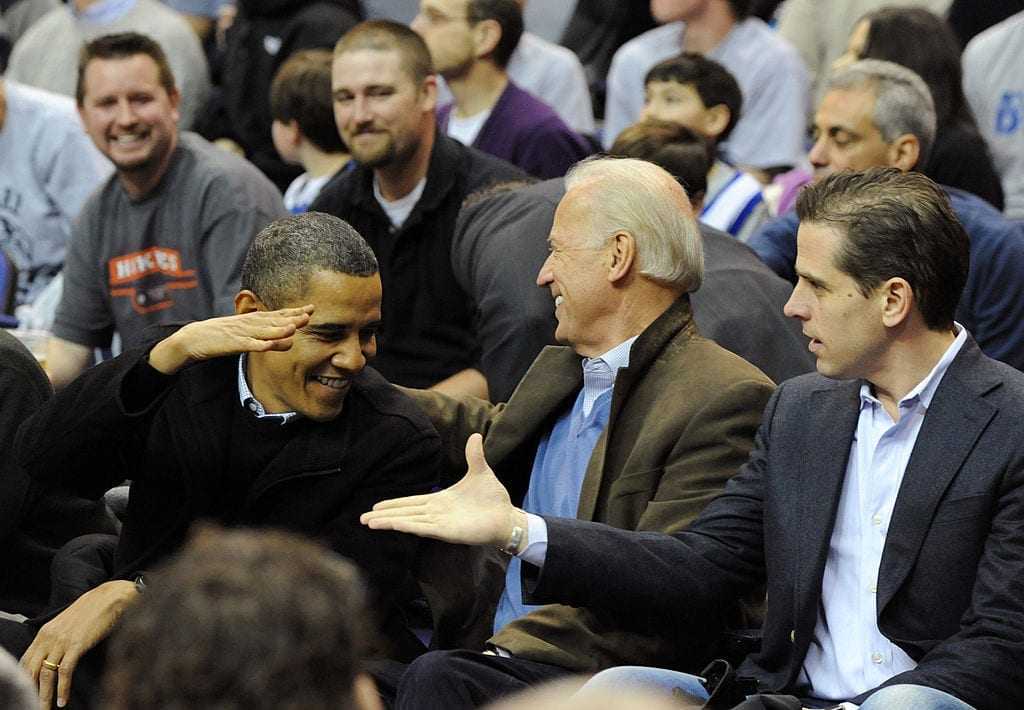 The Washington Examiner has an article out showing how then-Senator Biden’s interest in passing certain legislation oddly aligned with the business interest of companies that were paying his son Hunter. In at least two cases Senator Biden reached out to the Department of Homeland Security, Department of Justice, FBI, and other members of Congress in order to promote the expansion that would benefit his own son.

“On Feb. 28, 2007, Biden contacted DHS to express that he was “concerned about the Department’s proposed chemical security regulations authorized by Section 550 of DHS Appropriations Act of 2007,” according to the department’s log of its contacts with members of Congress.

While Hunter Biden did not register as an individual lobbyist for the trade association, he was one of three senior partners in his firm at the time. The Industrial Safety Training Council paid Oldaker, Biden & Belair a total of $200,000 between early 2007 and the end of 2008.

Biden also sent a letter to U.S. Attorney General Alberto Gonzales on Jan. 31, 2007 requesting a meeting with the Department of Justice to discuss expanding the federal fingerprint background check system.

‘I write to request your assistance in implementing an expanded background check system for our nation’s volunteer organizations,’ wrote Biden. ‘If we can work together to expand the number of volunteer organizations that have access to fast, accurate, and inexpensive fingerprint background checks, we will make significant and important strides in our ongoing effort to protect kids across our country.’

Biden added, ‘I would like to convene a small meeting with key representatives’ from DOJ, the FBI, members of Congress and volunteer groups.

One of Hunter’s firm’s lobbying clients at the time, a coalition of state-level criminal justice advocates called SEARCH, was also lobbying the federal government for a broader fingerprint screening system at the time.” – The Washington Examiner

Is this just a mere coincidence? If it is, it is quite amazing how many times Joe Biden has direct influence over the employers of his highly overpaid and underqualified son.

The Washington Examiner reached out to the Biden campaign for comment, at the time of publishing they did not respond to requests for comment.

Is it possible that the Biden campaign will once again claim that Joe Biden did not talk to his son about any of these business dealings?