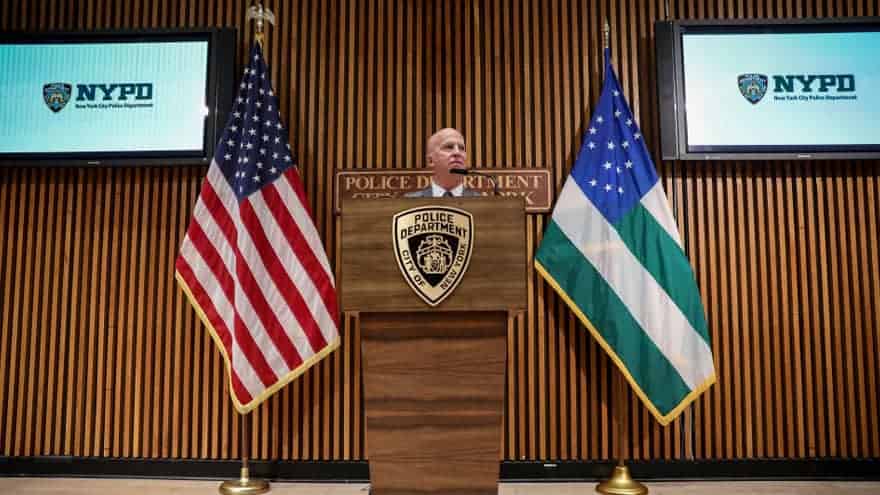 NEW YORK, NY - AUGUST 19: New York City Police Commissioner James O'Neill speaks during a press conference to announce the termination of officer Daniel Pantaleo on August 19, 2019 in New York City. Officer Pantaleo has been fired from the NYPD after his involvement in a chokehold related death of Eric Garner in 2014. (Photo by Drew Angerer/Getty Images)

The NYPD police officer involved in the 2014 death of Eric Garner has been fired, confirmed Commissioner James O’Neill Monday afternoon.

“None of us can take back our decisions,” O’Neill told reporters, “especially when they lead to the death of another human being.”

“I agree, he can no longer effectively serve as a New York City police officer,” O’Neill said.

Pantaleo was suspended earlier this month after a judge recommended his removal from the NYPD.

“He has chosen to cringe in fear of the anti-police extremists, rather than standing up for New Yorkers who want a functioning police department, with cops who are empowered to protect them and their families,” New York City Police Benevolent Association President Patrick J. Lynch said in a statement. “With this decision, Commissioner O’Neill has opened the door for politicians to dictate the outcome of every single NYPD disciplinary proceeding, without any regard for the facts of the case or police officers’ due process rights.”