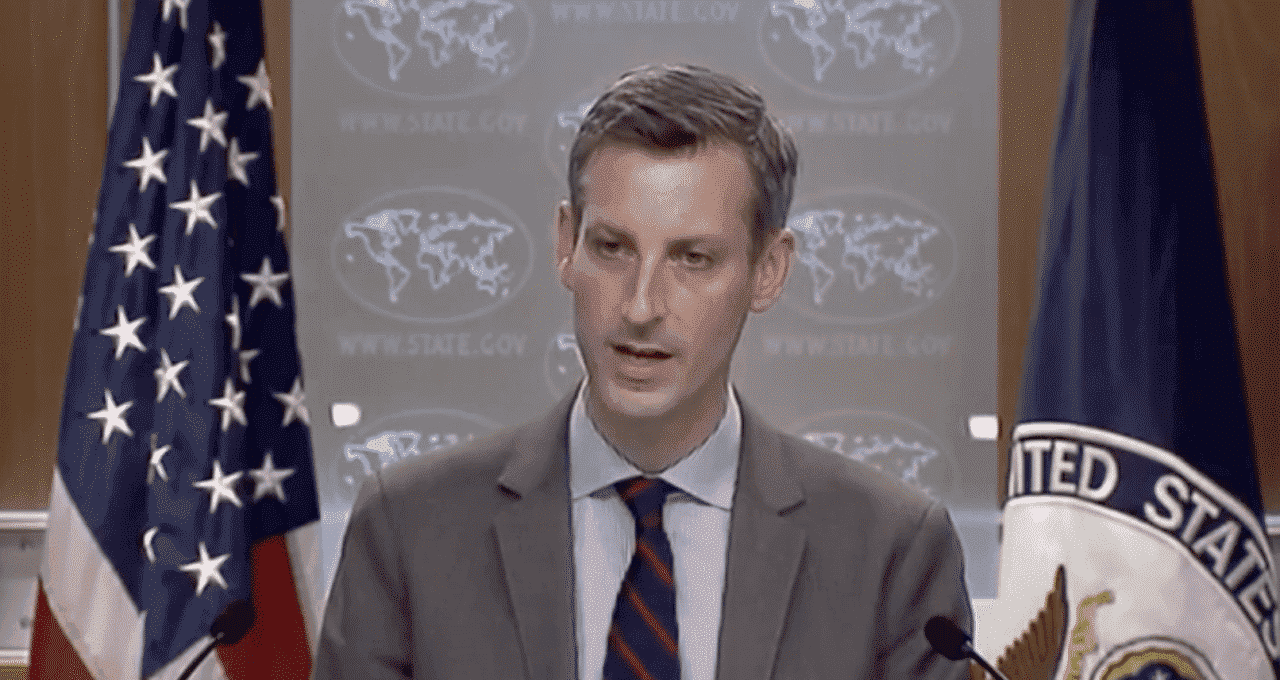 During a White House press conference State Department spokesman Ned Price boasted about accomplishment, which an Associated Press reporter was quick to point out occurred during the Trump administration. Price said multiple companies have “engaged in good faith efforts to wind down activities” relating to the controversial Nord Stream 2 pipeline that runs from Russia to Germany.

Bragging as if the “actions” were under the Biden administration, Price added, “this is a list that includes over 15 entities and it demonstrates that the legislative goals and our actions are having a good effect.”

Matt Lee, a seasoned AP reporter with over 20 yeas experience asked Price, “don’t you think it’s a bit disingenuous to claim credit for the 18 companies winding down?” Lee added, “All of his work was done under the previous administration.”

Price attempted to defensively interject but Lee persisted: “You guys have only been…in office for a month, right? Are you telling me that in the last four weeks these 18 companies all of a sudden decided to say, ‘Oh my God, we better not do anything with Nord Stream 2?”

“You guys are taking credit for stuff that the previous administration did, right?…Yes or no?” Lee asked.