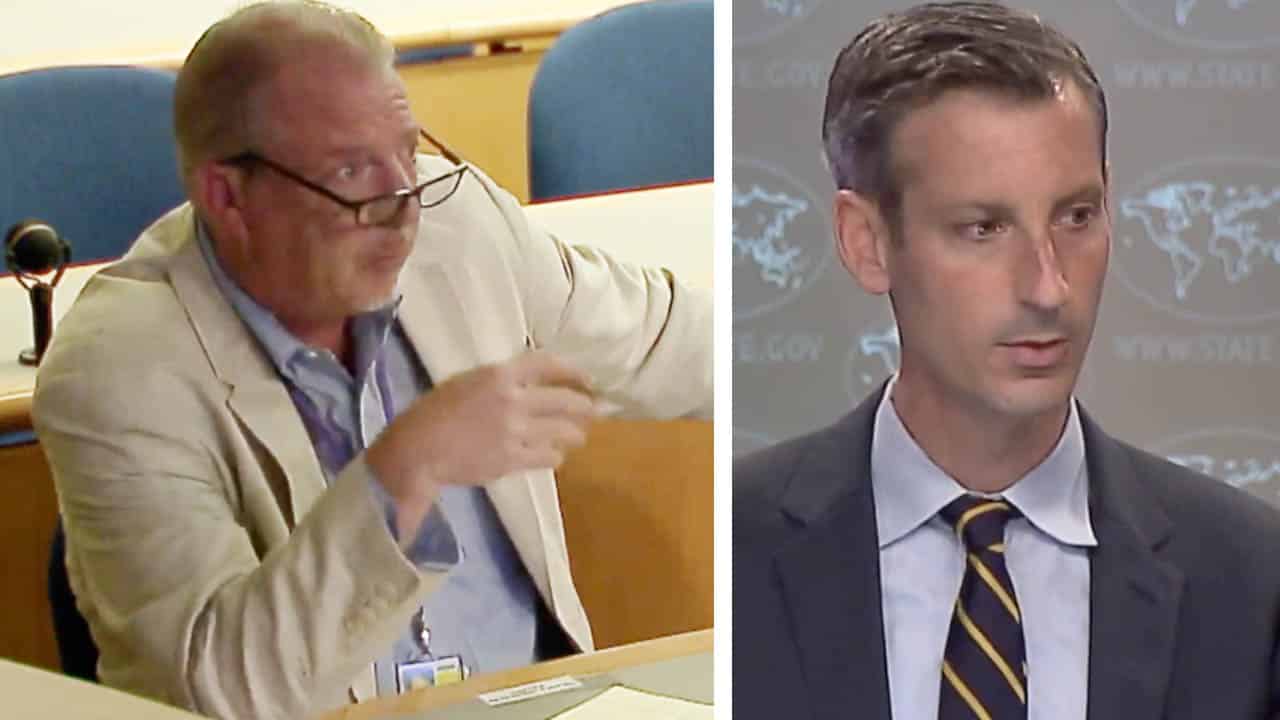 Biden’s State Department spokesman Ned Price was questioned by Associated Press reporter Matt Lee over the administration’s announcement of sanctions on the Cuban government, pointing out that the administration “designated one person and an entity that was already covered by Global Magnitsky sanctions that were imposed by the Trump administration in January.”

“We have also said that we are going to hold to account those Cuban individuals and entities responsible for the crackdown on this peaceful protest. And I said yesterday that the Treasury Department’s Office of Foreign Assets Control is exploring designating Cuban officials, Cuban entities, responsible for violence, repression, human rights violations against those who are perpetrating this in Cuba,” Price said, adding, “We designated through the Global Magnitsky sanctions regime one individual and one entity today. This I do not expect will be the sum total of our actions. We’re going to continue to review what more we can do not only to support the Cuban people but also, again, importantly to hold to account those who would be so brazen in their efforts and attempts to violate the human rights of the Cuban people.”

“Okay. But I mean, the special brigade of the interior ministry was already covered by Global Magnitsky sanctions,” Lee responded. “So, you – so you’ve – you’ve added another designation on – I just don’t – the impact of this seems to me whatever the impact would have been – it seems to have been – it seems to be negligible since they were already covered. So, I don’t quite understand how it is that you are presenting this as some grand new initiative to support the Cuban people, when in fact it’s simply adding another layer, which was really unnecessary since they already were covered by the sanctions.”

Lee later added, “So, let’s talk about what the real impact would be, would be if you designated the whole entity of the – a part of the interior ministry, like with the Iran sanctions, okay? That would have a much bigger impact, whatever that impact would be. But the fact of the matter is that they were already covered by Global Magnitsky sanctions. The exact same sanction, the exact same executive order was used to do this, and it doesn’t have any – it doesn’t do anything new.”

President Biden announced the administration’s plans to place sanctions on Cuban officials and entities on Thursday. Politico reported, “The sanctions target Alvaro Lopez Miera, the head of the armed forces in Cuba, and the Cuban Ministry of the Interior’s Special National Brigade, known as the ‘black berets,’ for their involvement in the crackdown after historic protests in more than 40 cities across the island.”

In this article:Cuba, Reporter, Sanctions