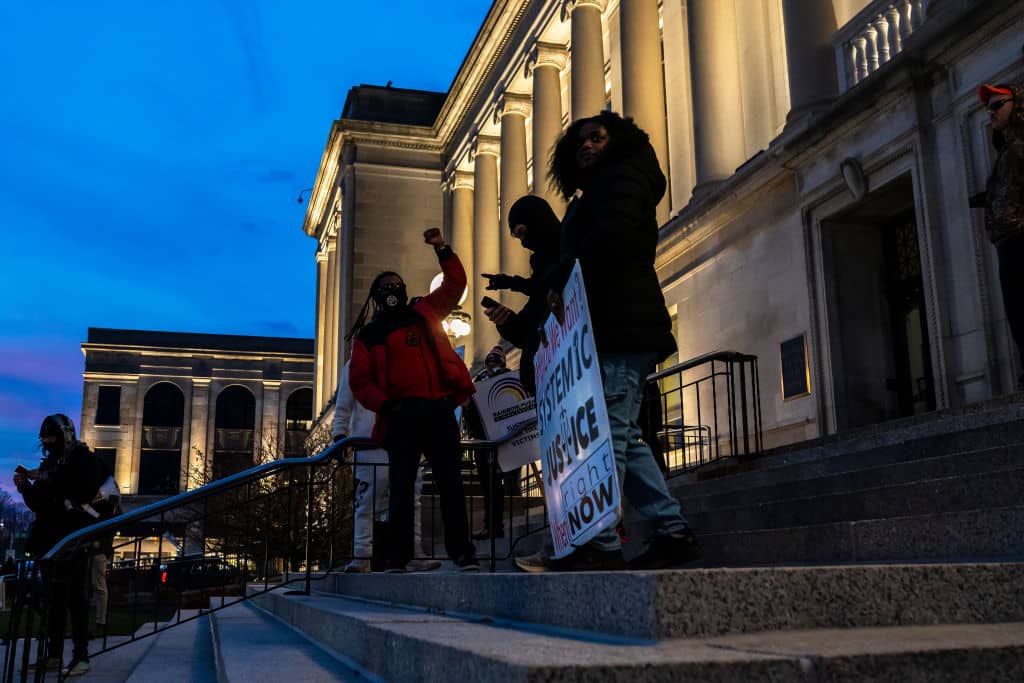 Kenosha, Wisconsin eagerly awaits a verdict in the Kyle Rittenhouse trial, bracing for unrest. After a full day of deliberation on Tuesday, no verdict was reached in the teen’s murder trial. The jury will reconvene Wednesday morning.

As the trial went on, protests took place outside the courthouse. Protesters both for and against Rittenhouse were active. The Associated Press reported that “some talked quietly with those on the other side, while others shouted insults. One woman could be heard repeatedly calling some Rittenhouse supporters ‘white supremacists.”

Judge Bruce Schroeder sent the jury home around 5:50 p.m. Central Time. At 9:00 a.m., the 18 jurors who have been hearing the case in its entirety, reported to the courthouse. In order to choose 12 judges, defendant Rittenhouse drew six slips of paper with juror names out of a raffle drum; the names chosen served as the alternative jurors.

The 12 remaining jurors, seven women and five men, deliberated all day aside from a lunch break around noon.

Judge Schroeder said it has been standard practice for at least 20 years in his courtroom for a defendant to randomly select the jurors.

They will report back to the courthouse on Wednesday morning to resume deliberations at 9:00 a.m. CT.