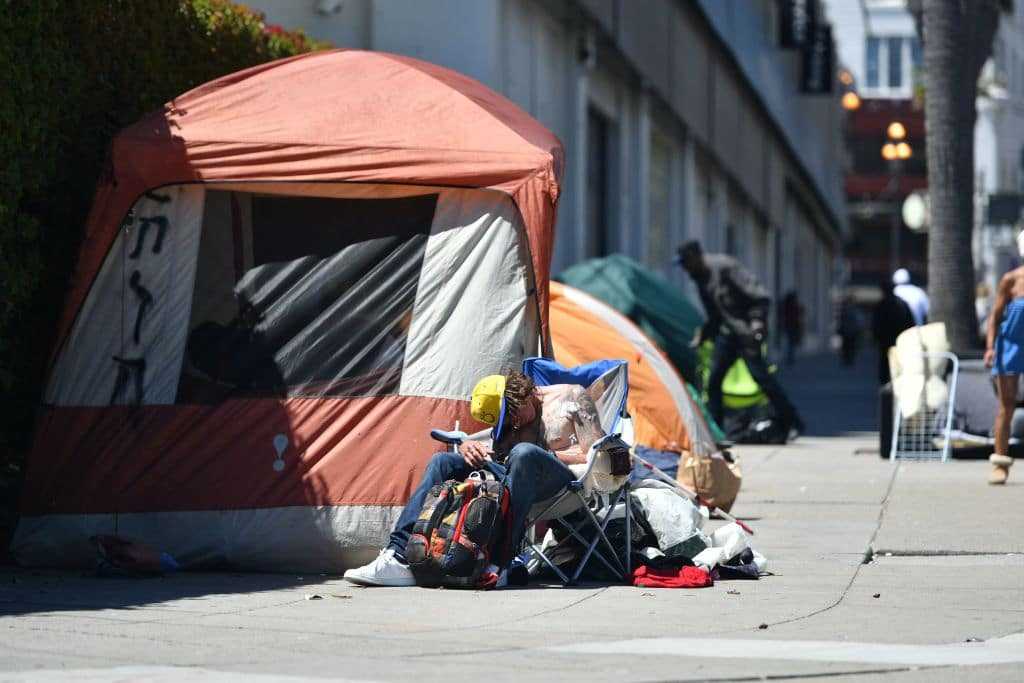 A homeless man sleeps in front of his tent along Van Ness Avenue in downtown San Francisco, California on June, 27, 2016. Homelessness is on the rise in the city irking residents and bringing the problem under a spotlight. (Photo by Josh Edelson / AFP) (Photo credit should read JOSH EDELSON/AFP via Getty Images)

Taxpayers complain that they have no idea where their money goes to. San Francisco citizens might argue ignorance is bliss now that they know where theirs is headed. “San Francisco has charged taxpayers $16.1 million to shelter more than 300 people experiencing homelessness in the city, according to reports,” Fox News found.

“Safe Sleeping Villages” were created for the homeless, where officials also offer food and other services such as bathrooms and 24-hour security to the city’s homeless, reported the San Francisco Chronicle.

262 tents were constructed, which including the services and food, cost taxpayers about $61,000 each. They were set up in six public lots making up the villages. San Francisco Mayor London Breed first announced the sleeping villages in a Twitter thread in May of 2020.

Breed and San Francisco has had the benefit of COVID-19 to justify their taxpayer spending She said the city has added 1,000 new shelter beds since she first took office in 2018 but has had to reduce shelter capacity by 76% because of the pandemic.

“We frankly do not have many other options right now,” wrote Mayor Breed. “Having places with resources serving people in the neighborhood is better than unsanctioned encampments.” Fox News reports, “the cost of one tent spot in one lot comes to $190 per night, about two-and-a-half times the median rent for a one-bedroom apartment in San Francisco. The cost of one tent is also, however, $82 less than the city’s homeless hotel program, which costs taxpayers about $21 million per month.”

In this article:homeless, San Francisco, Taxpayer