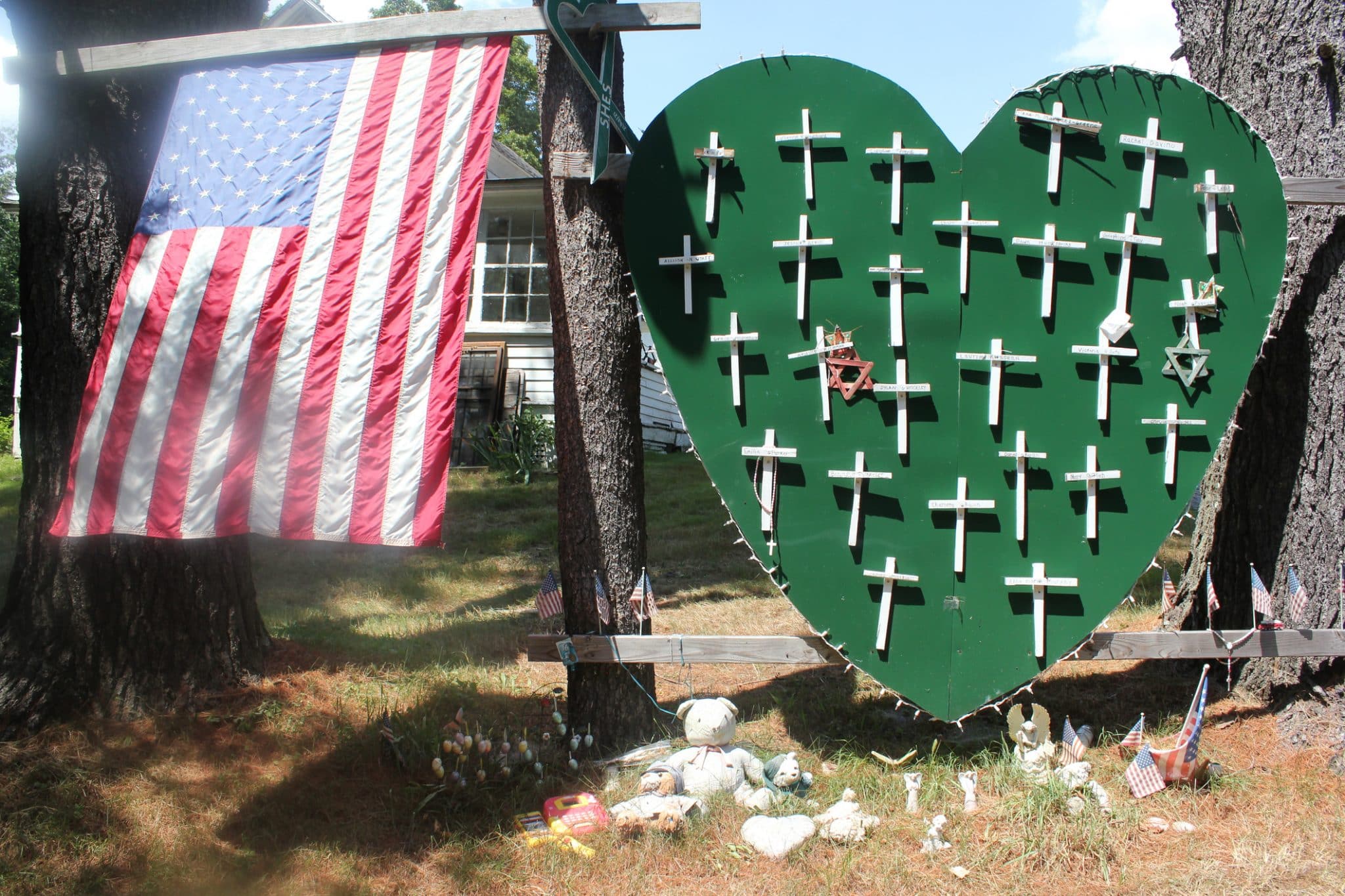 The families of the victims of the Sandy Hook assault have suffered infinite horror; unfathomable devastation and pain. The families of the victims killed in the Sandy Hook Elementary School shooting have reached a $73 M settlement with gun manufacturer Remington Arms. In the agreement, the now-bankrupt gunmaker’s four insurers all agreed to pay the full amount of coverage available to the families of five children and four adults who were killed in the massacre. According to the New York Times, the agreement is the largest such settlement involving a gunmaker and the relatives of mass shooting victims.

Adam Lanza, 20-years-old, shot and killed 26 people — including 20 children between the ages of six and seven years old — in Newton, Conn., on Dec. 14, 2012, using an AR-15 made by Remington Arms. Following the killings, Lanza committed suicide.

The attorney for the families, Josh Koskoff, celebrated the settlement in a press release Tuesday, declaring that the landmark case opens the path to future lawsuits against gunmakers whose products are used in mass casualty incidents.

Banks and insurance companies are to be targeted, no pun intended, for complicity in what Adam Lanza did. “This victory should serve as a wake-up call not only to the gun industry but also the insurance and banking companies that prop it up,” he added. “For the gun industry, it’s time to stop recklessly marketing all guns to all people for all uses and instead ask how marketing can lower risk rather than court it. For the insurance and banking industries, it’s time to recognize the financial cost of underwriting companies that elevate profit by escalating risk. Our hope is that this victory will be the first boulder in the avalanche that forces that change.”

In their case, the families and their attorneys contended that Remington violated Connecticut law and fair-trade practices by promoting illegal behavior and specifically marketing their firearms to violence-prone young men. The legal strategy was considered groundbreaking since it appeared to successfully circumvent a longstanding law, known as the Protection of Lawful Commerce in Arms Act (PLCAA), which protects firearm manufacturers from litigation after violent incidents involving their products.

“Driven by profit goals set by parent company Cerberus, Remington changed its previously sober approach to marketing firearms in favor of an aggressive, multi-media campaign that pushed sales of AR-15s through product placement in first-person shooter videogames and by touting the AR-15’s effectiveness as a killing machine,” lawyers stated in the press release. In addition to the financial settlement, Remington agreed to release thousands of pages of internal company documents, including marketing plans for the weapon used in the shooting. Remington has not commented publicly on the settlement and has not yet returned requests for comment from major media publications.

A YouTube video showed victim family members discussing the settlement. One woman commented: “Today marks an inflection point, when our duty of care to our children as a society finally supersedes the bottom line of an industry that has made such an atrocity as Sandy Hook possible.” Another woman commented: “Today is a day of accountability for an industry that has acted with immunity and impunity; to hold Remington accountable to prioritize profit above safety and using reckless marketing techniques to appeal to at risk and violence prone young men who seek to appear more masculine by using an AR 15.”

Several writers on blogs raised the insightful question: were not profits—or, technically huge legal fees and money going to the families—also a financial incentive? The public will, no doubt, look forward to learning how the plaintiff lawyers and families spend their millions of dollars to advance gun safety and prevent another Sandy Hook.

In this article:featured, Remington, Sandy Hook