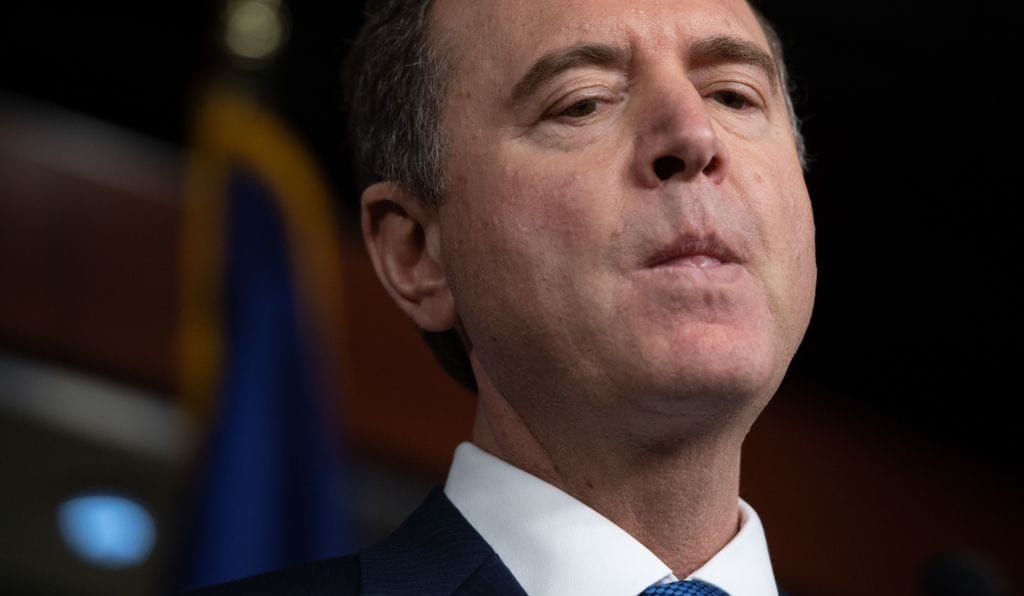 [otw_shortcode_dropcap label=”A” font=”Ultra” background_color_class=”otw-no-background” size=”large” border_color_class=”otw-no-border-color”][/otw_shortcode_dropcap]fter months of attempting to remove President Trump, Rep. Adam Schiff admitted that Hunter Biden’s deal with Burisma had “at a minimum an appearance of a conflict.” During an interview on The Axe Files, a podcast hosted by David Axelrod, Axelrod asked Schiff if Biden should have said something to his son about taking the position.

AXELROD: “Do you think it was fair game to suggest that he should have maybe told Hunter Biden, ‘You know what, that’s not a good idea. Don’t go on that board?’”

SCHIFF: “You know, look, I think whenever you have an elected official’s family member in a position of responsibility, there is at a minimum an appearance of a conflict that should be avoided.”

This admission cuts into the case that Schiff, and other Democratic impeachment managers, laid out against the President. President Trump had an obligation to ensure that this business dealing was not an instance of corruption that influenced the international policy of the United States. If Schiff has an issue with “an appearance of a conflict,” then he should have a problem with the many conflicts that appear to have occurred with Hunter Biden; Burisma is merely one example.

In addition, in Peter Schwizer’s new book, Profiles in Corruption: Abuse of Power by America’s Progressive Elite, Schwizer shows how nearly every Democratic presidential candidate had a possible conflict of interest with family members receiving sweetheart deals throughout their political careers.

It is highly unlikely that Schiff will read Schwizer’s book. Unless someone happens to send it to him and portrays it as Russian dirt on President Trump.