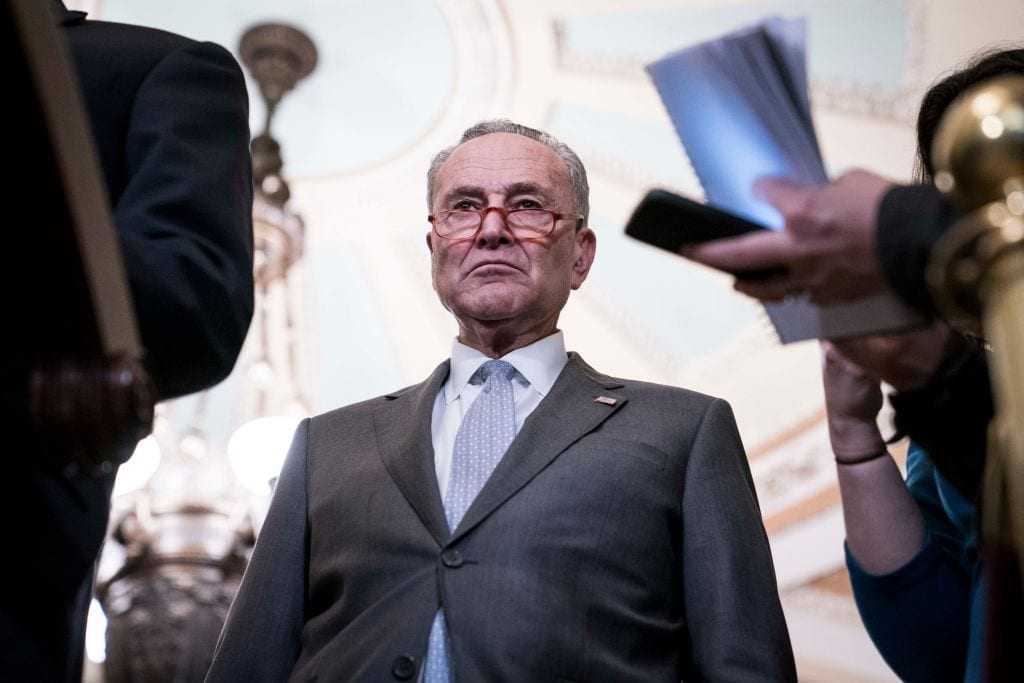 [otw_shortcode_dropcap label=”P” font=”Ultra” background_color_class=”otw-no-background” size=”large” border_color_class=”otw-no-border-color”][/otw_shortcode_dropcap]assing notes in class is a whole new level when you are President of the United States and Senator Chuck Schumer. Yesterday President Trump wrote a letter, on Presidential Seal letterhead, of course, to respond to a very naïve letter he received from Senator Chuck Schumer (D-NY). And it was hilarious. Moral of the story, President Trump called out Senator Schumer for being “missing in action, except when it comes to the ‘press.” The first sentence of the letter reads: “Dear Senator Schumer: Thank you for your Democrat public relations letter and incorrect sound bites, which are wrong in every way.”

Trump is referring to the inaccurate details of Schumer’s letter, in which he blames “the tardiness and inadequacy of this Administration’s response to the crisis becomes more painfully evident.” Playing the victim, Schumer says “shortages of protective equipment, tests, and medical supplies are now beyond acute in my home state of New York.” Trump’s response details four points including that Vice President Pence is in charge of the Task Force and has “done a spectacular job,” and The Defense Production Act (DPA) has been used by his administration to “purchase billions of dollars” worth of medical supplies, etc.

Trump: “I’ve known you for many years, but I never knew how bad a Senator you are for the state of New York until I became President.”

In Schumer’s letter, he gives a suggestion to Trump: “It is long past the time for your Administration to designate a senior military officer to fix this urgent problem.” Great suggestion, Schumer. So great, in fact, that it has already been done and you are too busy with your accusatory claims to understand facts. Trump’s third point in the letter addressed Schumer’s vanity directly: “A senior military officer’ is in charge of purchasing, distributing, etc. His name is Rear Admiral John Polowcyzk…my team gave you this information, but for public relations purposes, you choose to ignore it.”

The fourth and final point addressed New York directly saying how many supplies have been given to the state such as hospitals, medical centers, supplies, ventilators and more. Trump tells Schumer “you should have had New York much better prepared than you did.” Then Trump goes in for the kill: “if you spent less time on your ridiculous impeachment hoax, which went haplessly on forever and ended up going nowhere (except increasing my poll numbers), and instead focused on helping the people of New York, then New York would not have been so completely unprepared.”

“No wonder AOC and others are thinking about running against you in the primary. If they did, they would likely win.” pic.twitter.com/Mhh9Bhd8Lo

Ouch. But wait, there’s more: “No wonder AOC and others are thinking about running against you in the primary. If they did, they would likely win.” Wrapping up the letter, Trump states “I’ve known you for many years, but I never knew how bad a Senator you are for the state of New York until I became President.”

In this article:Chuck Schumer, news4