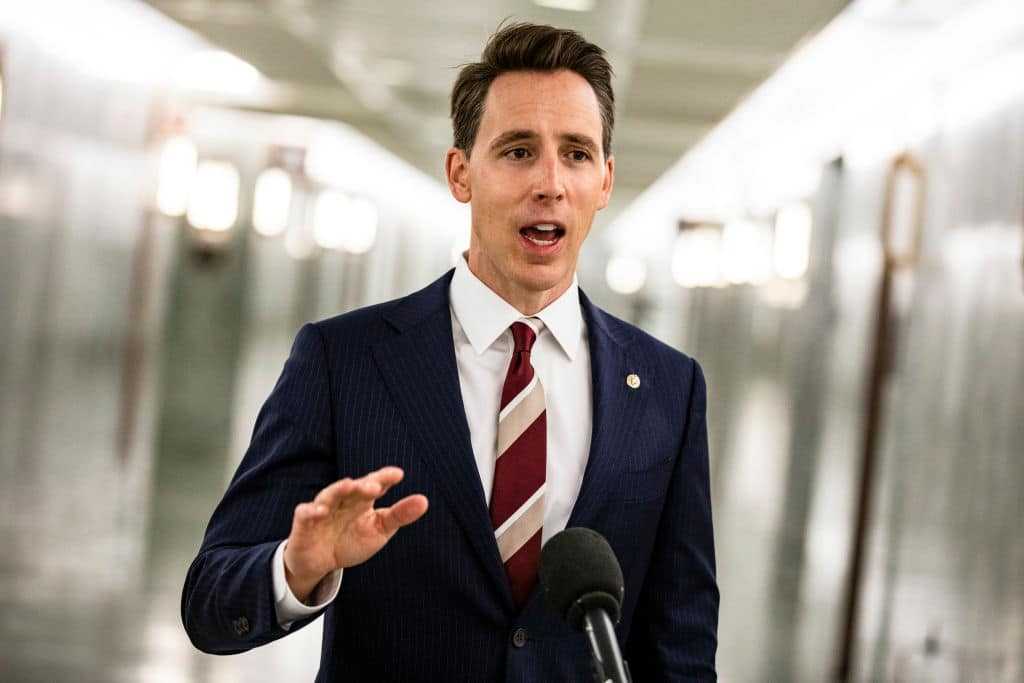 Sen. Josh Hawley (R-MO) announced a bill that would require companies that make over $1 billion in annual revenue to be subject to a $15 hourly minimum wage.
“For decades, the wages of every day, working Americans have remained stagnant while monopoly corporations have consolidated industry after industry, securing record profits for CEOs and investment bankers,” Hawley said. “Mega-corporations can afford to pay their workers $15 an hour, and it’s long past time they do so, but this should not come at the expense of small businesses already struggling to make it.”
Hawley’s plan would also require the minimum wage at these companies to be indexed to the federal median wage beginning in 2025. Any business with less than $1 billion in annual revenue would not be directly affected by the bill, according to Hawley’s office.
“Small business employees earning less than $15 per hour would benefit from Sen. Hawley’s recently introduced Blue Collar Bonus, which would provide a bonus to every worker making below the median wage directly through an automatic, advanceable tax credit tied to hours worked,” Hawley’s office said in a statement.
Hawley’s bill aims to protect small businesses from a minimum wage height that they could not afford, and which experts warn is a tool large corporations would use to target their smaller competitors. Amazon, for example, has been lobbying for a $15 dollar minimum wage since 2018, seemingly as a strategy to disadvantage their rivals.
“It may sound a little cynical, but it’s probably pretty accurate that Amazon sees this as a tool to help it essentially drive a wedge against competitors — specifically against smaller competitors,” economist Michael Farren explained in an interview.

In this article:Josh Hawley, Minimum Wage