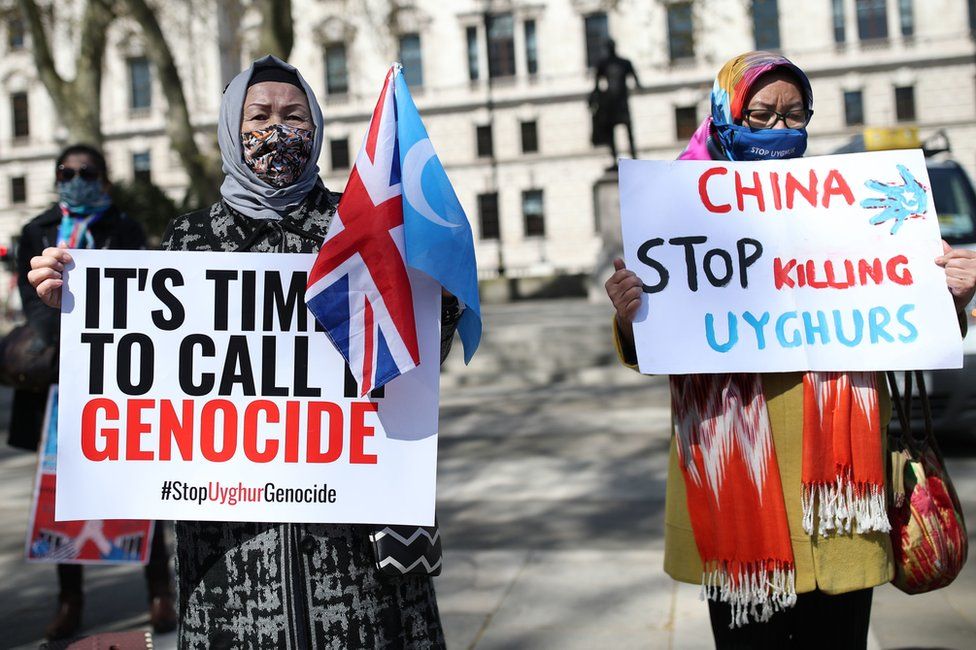 On Thursday, the Senate unanimously passed a bill banning imports from communist China’s Xinjiang region — where China is committing genocide — if they were produced using slave labor.

The Uyghur Forced Labor Protection Act would ban all imports from Xinjiang unless the U.S. government is able to determine with “clear and convincing evidence” that they were not produced with forced labor.

“Major corporations like Nike and Coca Cola had lobbied against the bill, which has far-reaching consequences for U.S. supply chains deeply integrated with Chinese industry,” Axios reported.

The bill was originally blocked by Democrat Senator Ron Wyden (OR), whose top financial contributor is Nike. After negotiations, Wyden did not repeat the move on Thursday.

“The bill was briefly held up in the Senate Wednesday night by Sen. Ron Wyden (D-Ore.), who called for an amendment to be added that would have extended the child tax credit for another year. Rubio blocked that move, but did agree to drop his objection to the confirmation of Nicholas Burns as US ambassador to China,” the New York Post reported. “Sen. Chris Murphy (D-Conn.) had argued that confirming Burns as ambassador to Beijing and filling two other State Department roles would be necessary in implementing the law.”

China has been committing genocide against Uyghur Muslims and forcing them into slave labor. As Radio Free Asia explained, China has been conducting a “mass internment campaign, as well as other state policies such as government-mandated homestays, a mass birth-prevention strategy, the forcible transfer of Uyghur children to state-run facilities, the eradication of Uyghur identity, and the selectively targeting of intellectuals and other leader as evidence of intent to destroy the ethnic group.”

According to a research report on Uyghurs who were able to survive China’s concentration camps from Radio Free Asia, “All participants described extreme physical and psychological violence within detention settings, including deaths. The constant threat or presence of extreme violence and torture was discussed by all participants.

Violence was used to extract forced confessions, to punish detainees for infractions or mistakes, and as a method of terror and control. Three participants said they had witnessed the death or fatal deterioration of fellow detainees. All participants detained in political re-education camps said they had heard of fellow detainees who had died as a result of violence or maltreatment during their confinement.”