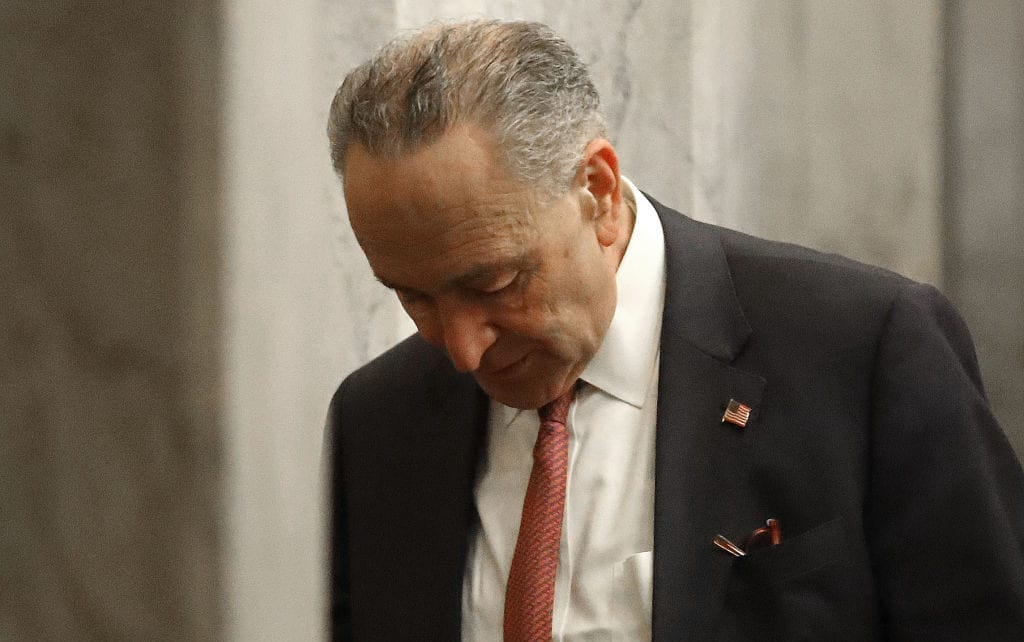 Democrats’ horrifically progressive “voting rights” legislation has reached the end of the line in the U.S. Senate. On Tuesday, Senate Republicans used their filibuster power to block debate on one of President Biden’s major campaign agenda items: a sweeping federal elections bill.

Republican Senate Minority Leader Mitch McConnell of Kentucky tweeted, “There is no coherent rationale for a federal takeover of elections in all 50 states. Today, the Senate will put an end to Democrats’ attempted power grab, S.1.”

Manipulatively deemed the “For the People Act”, the measure failed following a 50-50 vote along party lines, needing 60 votes to advance. Before the vote on Tuesday, McConnell was confident the bill would meet its maker. Calling the measure “an effort for the federal government to take over the way we conduct elections in this country” McConnell called it a “solution in search of a problem.”

Adding, “finally today we will put an end to it here in the Senate. The American people can be relieved that the federal government – at least in this area – is not going to expand and supplant the states, which have been involved in conducting elections throughout the history of our country.”

Instead of attempting to gin up Republican support for the vote, Democrats focused on getting their members on board with a more limited alternative proposal by moderate Democratic Senator Joe Manchin of West Virginia which included a list of voting and campaign finance changes.

The proposal put forth by Manchin, who had argued the For the People Act was too partisan, suggested making Election Day a public holiday, offering 15 consecutive days of early voting for federal elections, and allowing automatic voter registration through state departments of motor vehicles.

The moderate Democrat also supports requiring voter identification but allowing alternatives such as utility bills to serve as proof of identity.

McConnell, however, said it “is no compromise.” “It still subverts the First Amendment to supercharge cancel culture and the left’s name-and-sham campaign model…it takes redistricting away from state legislatures and hands it over to computers. And it still retains S. 1’s rotten core: an assault on the fundamental idea that states, not the federal government, should decide how to run their own elections” he added.

In this article:Democrats, news3, Schumer