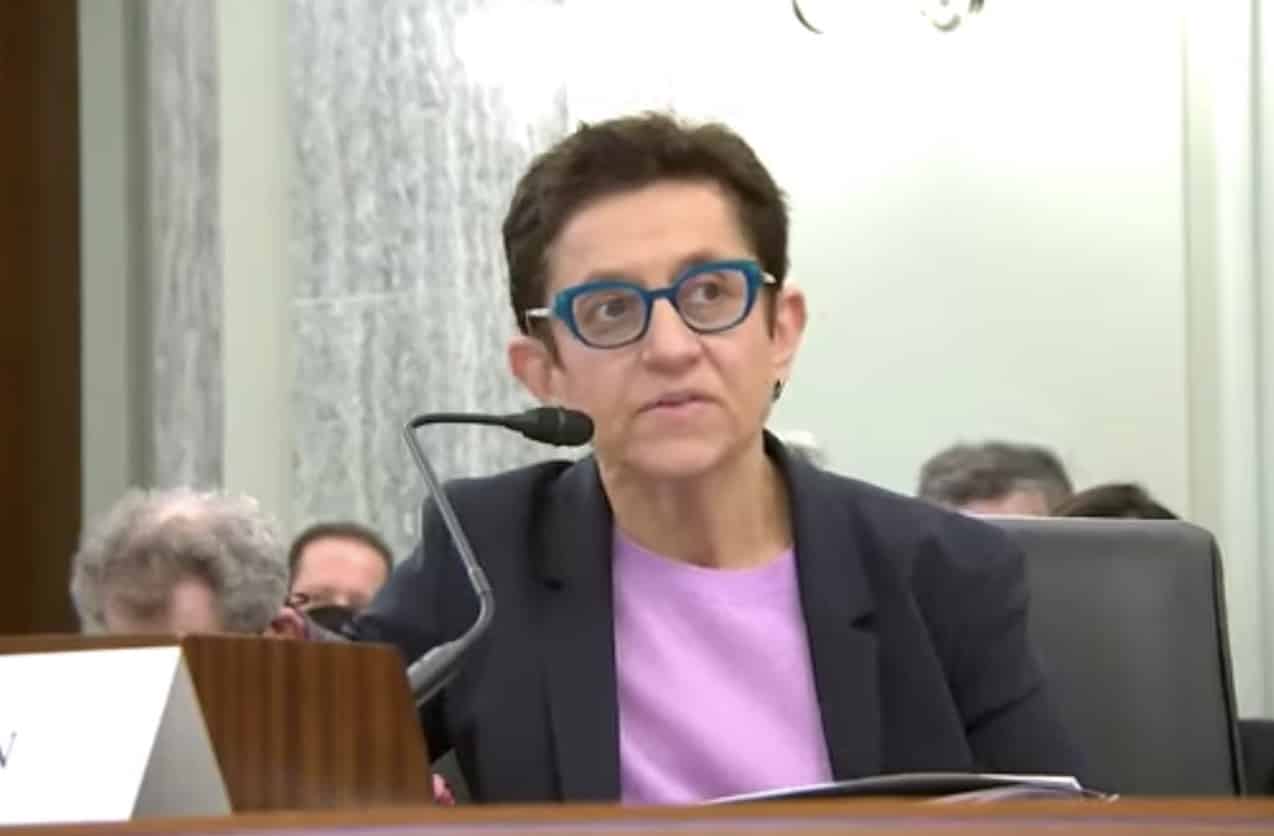 “There was a time when Democrats and liberals believed in free speech and defended free speech” Cruz began. “Far too many of today’s Democrats have abandoned any commitment to free speech.”

“If confirmed,” Cruz asks Sohn will you “use your power as a government regulator to censor more and to silence those with whom you disagree?”

Sohn answers, admitting her bias: “Look at the conservative cable channels I worked for, worked with, excuse me, for years to get them carriage on cable systems would not carry them. I have long worked with organizations and again companies with whom I vigorously disagree with on their point of view. These are fervent Republicans, fervent supporters of the former president, and I worked with them to get their views online.”

“I have been critical of Fox News, I’m sure you have my tweets, but that was in the context of a hearing where big tech was being blamed for misinformation, as they deserve,” said Sohn who goes on to say that all voices in the “eco-system” need to be looked at, not just big tech.

Cruz then hammers the FCC nominee on yet another tweet in which she wrote: “which is the whole point of the hearing to work the referees prior to the election so that misinformation, violence-inducing and hate-speech remain unmoderated. It’s already worked on Twitter and Facebook the past few months.”

Sohn says she doesn’t read it that way. Finally, Cruz says, “let me ask you this; do you believe big tech should be censoring more or censoring less than they do right now?”

After a brief pause, Sohn says “I don’t have an opinion on that. I think they need to be more transparent about why they do what they do. I’m not pleased with their moderation either way, because you have no idea why they’re doing it.”

In this article:Censorship, FCC, Ted Cruz