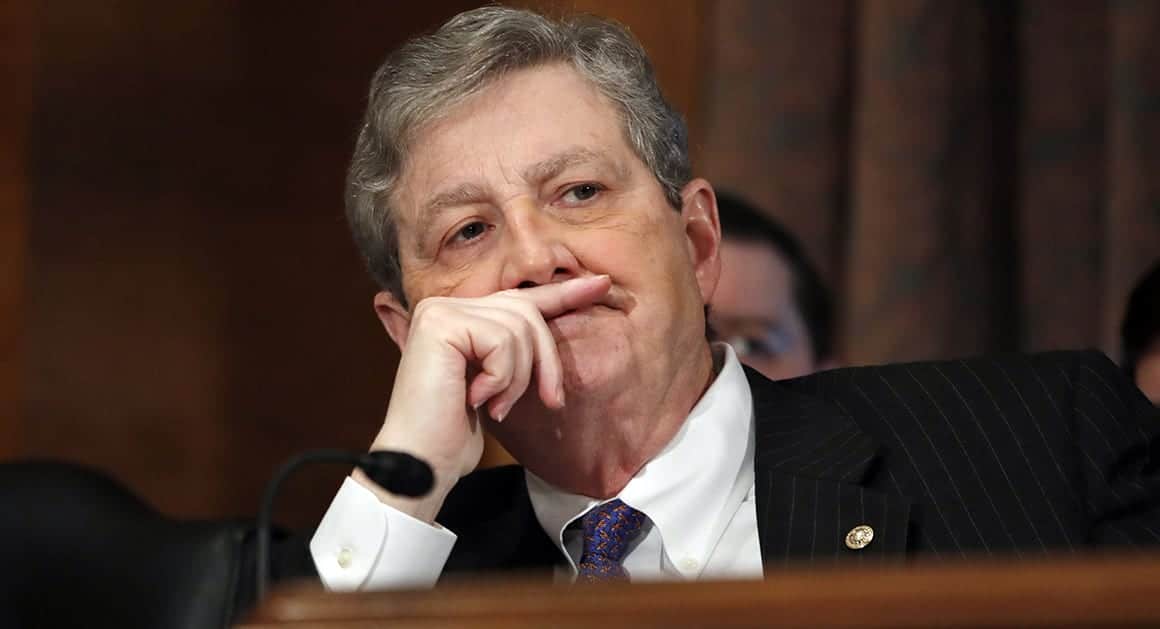 During a Senate hearing with Federal Bureau of Prisons Director Kathleen Sawyer, Louisiana Senator John Kennedy made the meme of “Epstein Did Not Kill Himself” an official part of the senate record.

With the news coming out that both of the prison guards, who were on duty when Epstein was alleged to have committed suicide, are being charged with conspiracy and filing false records, Senator Kennedy is voicing the concerns of many Americans.