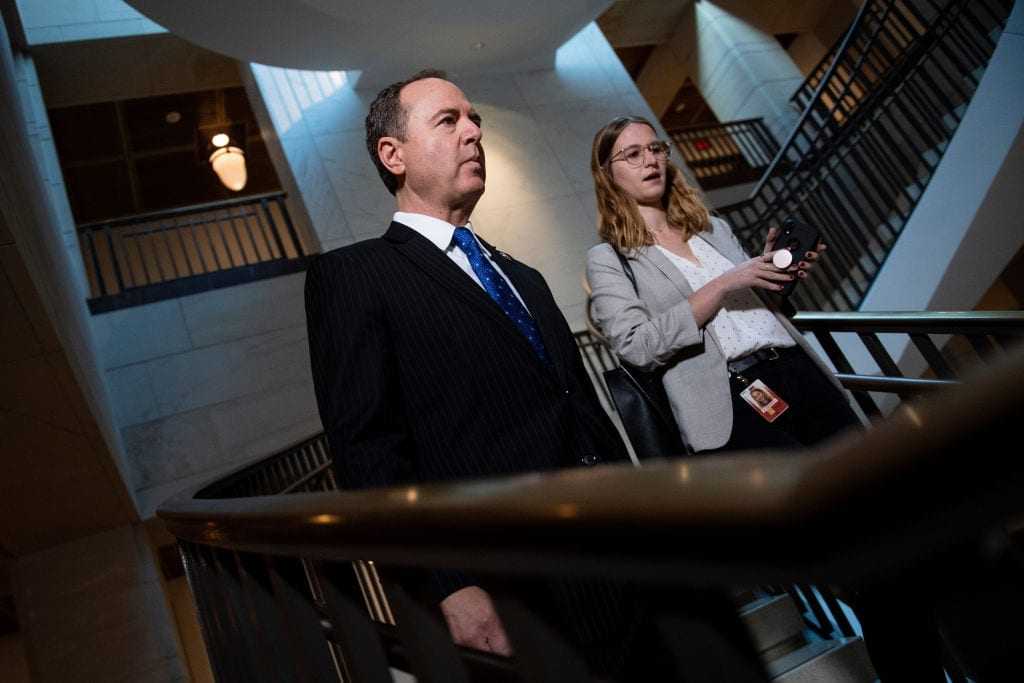 Just like in the Wizard of Oz, Adam Schiff is operating from a secret room; he is the wizard of the impeachment coup. He is screaming, yelling, and lying saying that he has star witnesses who have the evidence to impeach President Trump.  He comes out of his secret room and uses theatrics, lights, explosive false accusations, and the cameras of the left-wing media to try to get people to believe him.

Democrats continue to appear in front of television cameras and selectively leak information from these secret depositions and claim that there is evidence of a Trump “quid pro quo.”   But, Republicans like Jordan, Ratcliffe, and Zeldin (who have all been in attendance) say that is simply not true. Someone is lying.


This disparity could easily be resolved if Schiff would allow these depositions and/or hearings to be made public, but he won’t. Schiff and the Democrats are deliberately concealing the truth, leaving the American people, their constituents, in the dark.  This renders Schiff’s entire investigation not just suspect, but illegitimate. The rules are left to a hyper-partisan admitted liar, Schiff himself. This is a frontal assault on the procedural protections of “due process.” This isn’t an inquiry, it’s an inquisition.  It’s a theatrical sham only meant to deceive the people who these representatives swore to serve.

Adam Schiff keeps calling witnesses, like diplomat William Taylor, who has no first-hand knowledge of anything.  They’re offering their opinions or interpretations of what they guess was going on.  It’s nothing more than rank speculation. Schiff and the Democrats then leak selective information to the media who turn around and use it in a frenzied attack on the President.

The best evidence of what happened is the Trump-Zelensky conversation itself.  We can read the transcript in black and white. There’s no mention of a quid pro quo.  Money is not being leveraged. The conversation was perfectly legal. The Criminal Division at the DOJ examined the official record of the call and concluded unanimously that there’s no crime.  So, this is an investigation in search of a crime that doesn’t even exist.

In this article:Adam Schiff, Democrats, impeachment