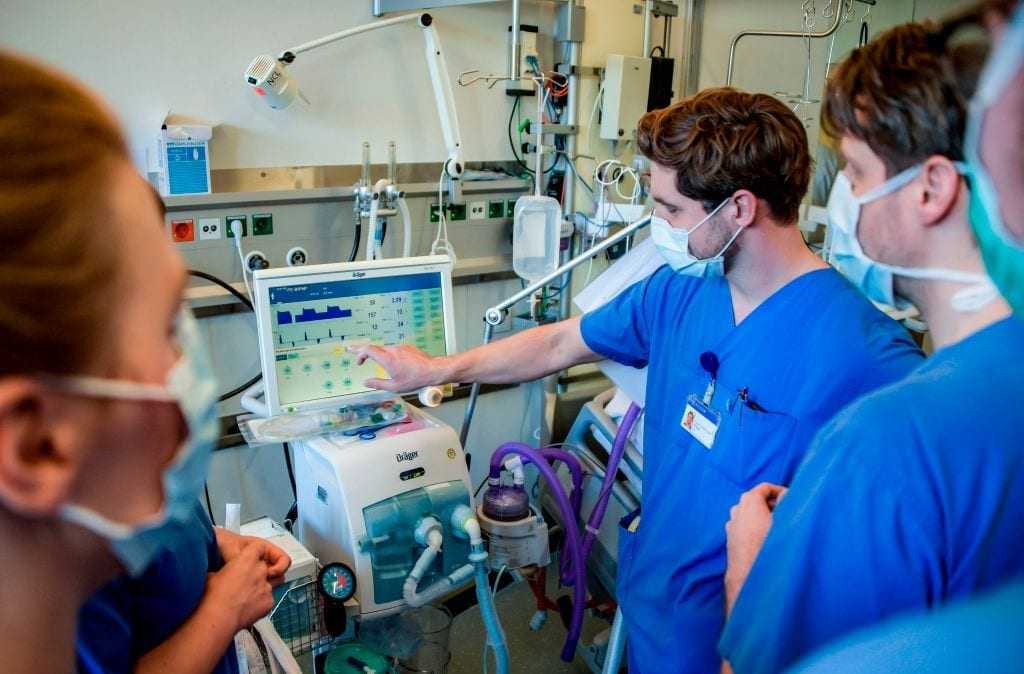 [otw_shortcode_dropcap label=”S” font=”Ultra” background_color_class=”otw-no-background” size=”large” border_color_class=”otw-no-border-color”][/otw_shortcode_dropcap]tates are putting in disaster requests with FEMA, companies, and organizations are racing the clock to manufacture millions more masks, and overflow hospitals are opening up across the country. Unfortunately, we have another threat lying in the grass. Virtually every hospital and medical facility are counting their available ventilators as COVID affects many of its victims’ lungs.

Governor Andrew Cuomo has comprised data and declared 30,000 ventilators would be needed in the state’s worst-case scenario. However, one detail has been painfully overlooked. The New York Post reports that medical experts say even if the number of ventilators needed for ill patients are available, “who will operate them?”

There are only a “total of 7.713 respiratory specialists licensed to operate the breathing machines in New York, plus an unknown number of highly skilled nurses and doctors trained to use them” according to the New York Post. Anthony Everidge, a 30-year veteran respiratory specialist and member of the American Association of Respiratory Care told the New York Post he worries there will “not be enough’ skilled respiratory therapists, doctors and nurses with the knowledge to operate the ventilators based on the current number of licensed operators.”

Everidge, who now works in Nevada but is licensed to operate in New York also said of the state’s situation, “I read that Gov. Cuomo said that ventilators are to coronavirus what missiles were to WWII. While I am sure this is true, you would not have grabbed a front-line soldier off the battlefield, put him in the fighter cockpit and expect him to fly the plane, launch the missiles and defeat the enemy.” He believes the result would be “disastrous and would only compound the problem. The analogy applies to ventilators and the successful operation and management of the mechanical ventilator.”

During a press briefing Sunday, Governor Cuomo proudly stated 76,019 health care workers, including retirees, have volunteered to assist during the crisis. “Of that total, he said 669 were respiratory therapists” and the state Health Department admits “staffing issues for ventilators is a challenge” reported the Post.

Critical times have already led to the approval of the “controversial practice” of having two patients share one ventilator. “It’s not ideal, but we believe it’s workable,” said Cuomo. He also added that COVID-19 patients are hooked one a ventilator for anywhere from 10 days to 21 days, when a typical patient may only need the ventilator for three days.