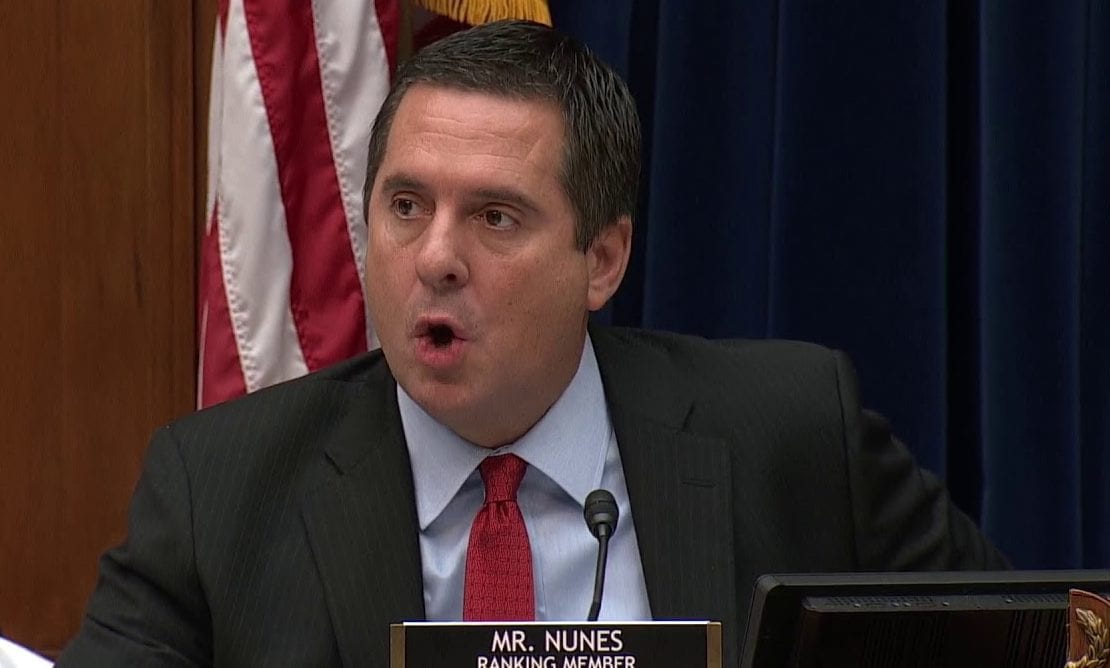 Representative Devin Nunes, a Republican from California and top Republican on the House Intelligence Committee, has suggested a drastic idea to hold U.S. intelligence agencies accountable.  Specifically, for not turning over information regarding their intel on then-candidate Donald Trump in 2016.

In an interview with Fox News on Sunday, Rep. Nunes said “every Republican senator and member of Congress should be saying…we want every damn bit of evidence that every intelligence agency has or it’s maybe time to shut those agencies down.”

In the memo, Ratcliffe quoted a U.S. intelligence community investigative referral to the FBI which mentions the “approval of a plan concerning U.S. Presidential candidate Donald Trump and Russian hackers hampering U.S. elections as a means of distracting the public from her use of a private mail server.”

Nunes’ concerns stem from the fact that a lot of information on the matter is still classified, therefore he and other lawmakers cannot discuss it publicly. Nunes says he has seen those pieces of intelligence which are “definitely smoking guns” that “definitely needs to be made available to the American public.”

A Justice Department inspector general’s report from December of 2019 concluded the FBI withheld information which “undercut the credibility” of the Steele dossier. The Steele dossier “accused the Trump campaign of conspiring with the Russian government to influence the 2016 elections.” Lest not forget, Steele was hired by Clinton’s own campaign and the DNC to “investigate” Trump ties to Russia.