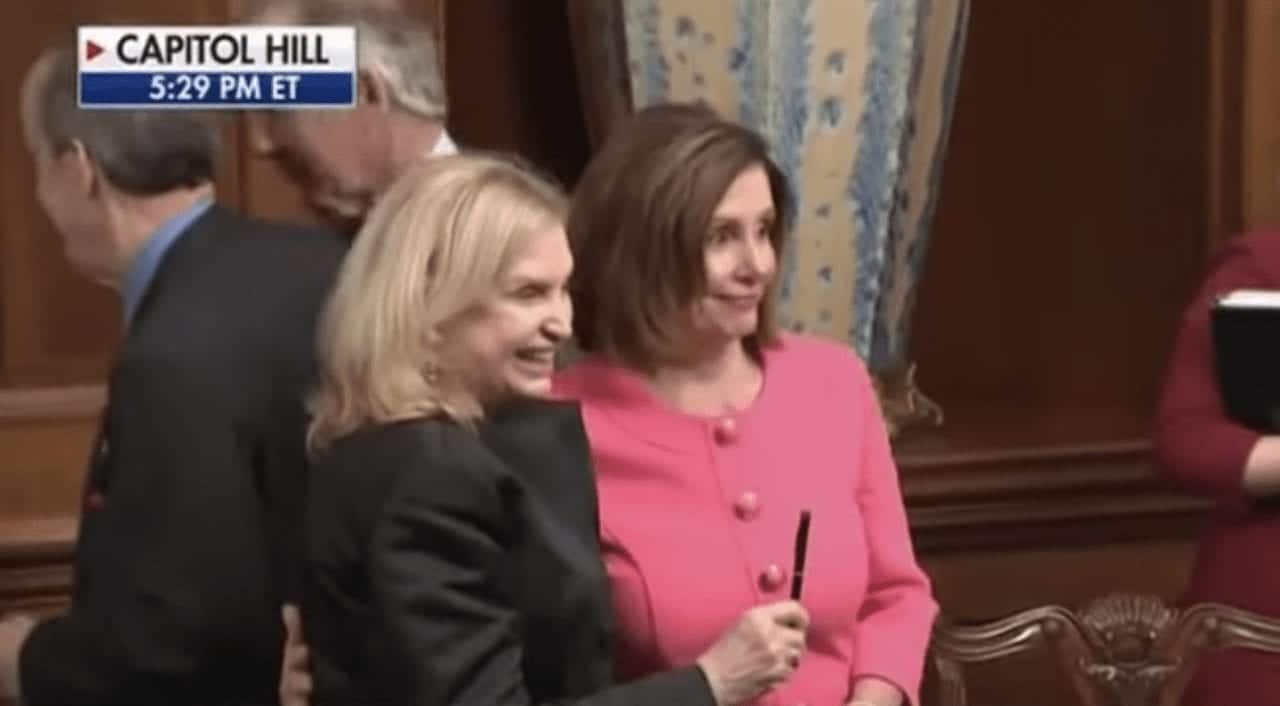 Nancy Pelosi and her Democratic colleagues made a scene of sending over the impeachment articles to the Senate. With a desk set up in a public area of the House and dozens of commemorative pens to hand out to anti-Trump Democrats as souvenirs, the Democrats showed their true colors in what they had been calling a “somber” action that left them “heartbroken.”

The smiles and nodding showed that the Democrats have been lying to the American people ever since they took over the majority in the House.

Even CNN stated that the scene was not proper and seemed more like a celebration.

Just walked through aftermath of this “signing ceremony.” Dems were giddy with excitement in Capitol hallway, asking, “Did you get your pen?”

The American people will hold House Dems accountable for making a mockery of their duty to the Constitution. pic.twitter.com/nASTD2oc6V

“It was unusual to see that kind of ceremony and handing out the pens and smiling for a picture in this kind of situation where the House Speaker has bent over backward to say publicly and privately this is somber, this is not a time for celebration.”

Still, the most telling moment came at the close of the signing when NY Congresswoman Maloney held up her souvenir pen with Speaker Pelosi as both posed for a picture with giant smiles on their faces. For a “heartbroken” and “somber” woman, Speaker Pelosi really knows how to put on a show. When she is no longer in Congress, she should apply her acting skills in one of her Hollywood donors’ films.