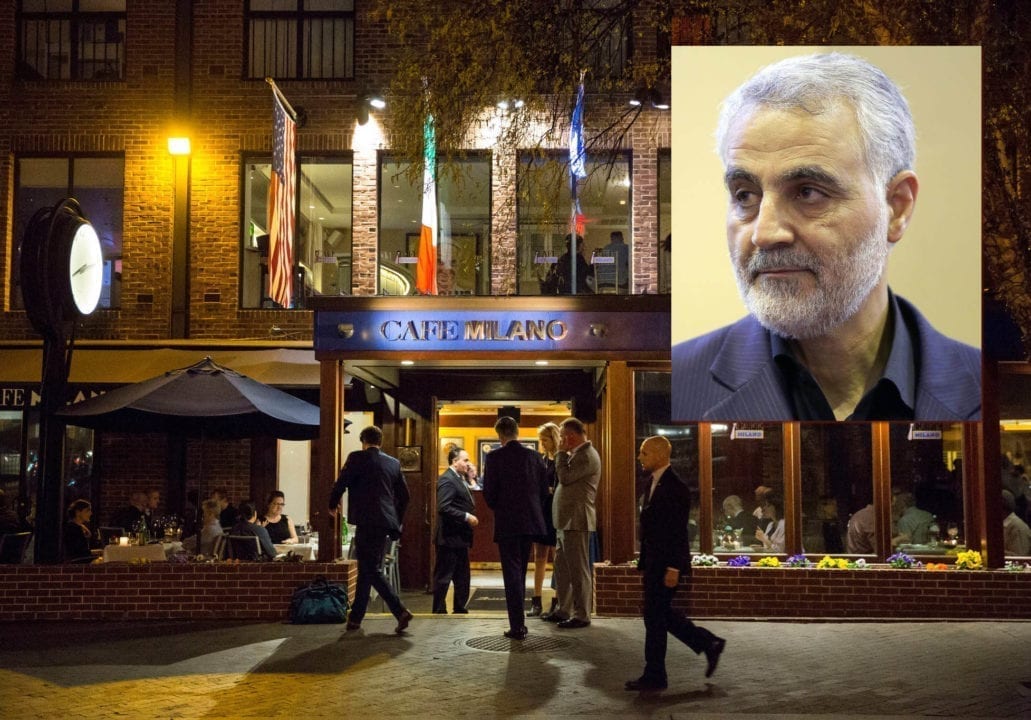 Three years into the Obama Administration it was discovered that Iran had an assassination plan in motion that included the bombing of an Italian restaurant in Washington D.C.

The man behind the scheme that would have injured or killed many American citizens was Maj. Gen. Qasem Soleimani. The intended target was the ambassador to the United States from Saudi Arabia, Adel al-Jubeir, a regular at the restaurant.

The media’s hatred for President Trump is apparently greater than their resentment for a man who planned the bombing of over one hundred people in D.C. and did not care if the bomb killed senators or congresspeople. This fact should serve as a warning to us for this new decade, and definitely during this pivotal election year.

President Trump had the right to order the killing of the notorious Iranian terrorist Qasem Soleimani. The world is a safer place with his death, and those who are persecuted under the extremist regime of Iran, who the Democrats claim to always speak for (women, members of the LGBTQIA community), are also safer. They should be celebrating his death, not mourning with the other members of the horrid regime of Iran.