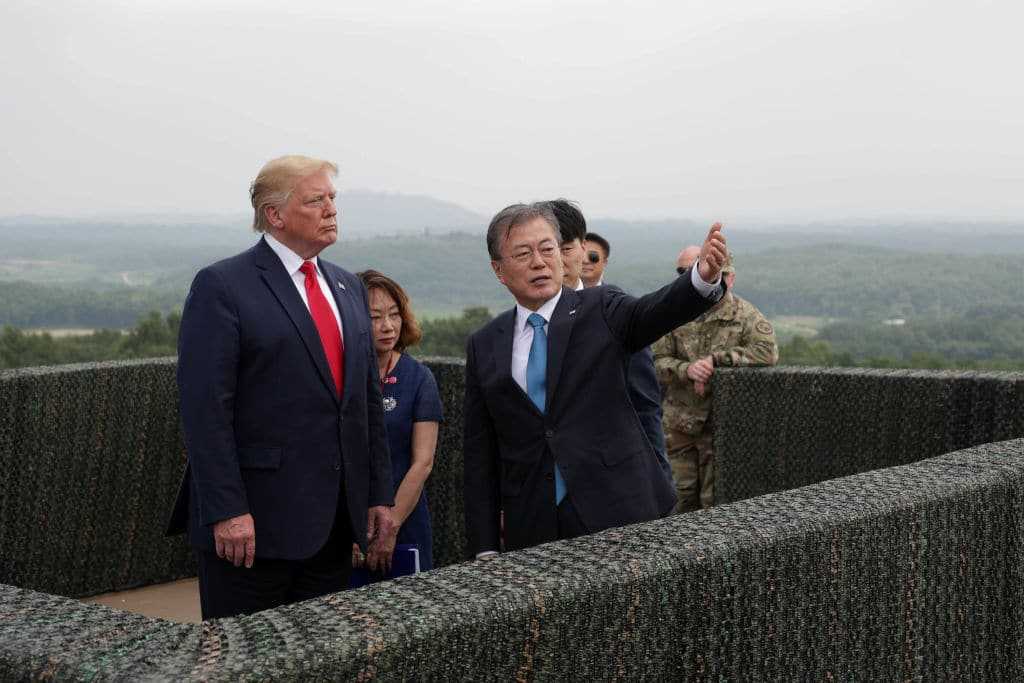 Some friendly diplomatic advice is being given to President Biden from South Korea. The message is clear; in a nutshell, “don’t mess up the advancements former President Trump made with North Korea.”

South Korean President Moon Jae-in said in an interview with the New York Times released Wednesday, “I hope that Biden will go down as a historic president that has achieved substantive and irreversible progress for the complete denuclearization and peace settlement on the Korean Peninsula.”

On building what progress was made during the Trump administration, Moon added, “we will see this effort come to fruition under Biden’s leadership.” According to Reuters, last month Biden stated he was open to diplomacy with North Korea but would not want to sit down with their leader Kim Jung Un.

During President Trump’s administration, Trump personally met with Kim twice. Once in 2018 in Singapore and again 2019 in Vietnam. “Though he failed to reach any signaled deal,” writes Just the News, “Kim during Trump’s four years in office curtailed the test launches during that period.”

Just before Trump took office, “Kim rattled the world” with “a series of ballistic missile launches, considered tests to see whether the projectiles were capable of carrying a nuclear warhead” reports Just the News.

Moon was elected to South Korea in 2017 and “hopes he can achieve a lasting peace on the peninsula that has technically been at war since 1950. Though full-scale conflict ended in 1953 with a ceasefire, the two countries have not declared peace.”