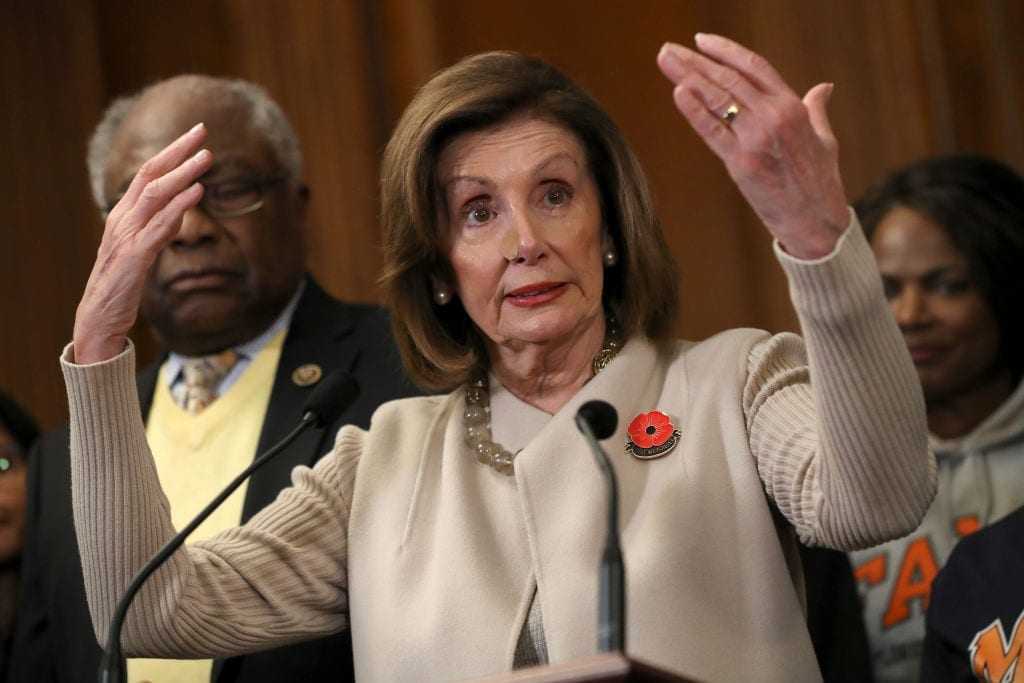 House Speaker Nancy Pelosi (D-CA) is using one failed Democratic policy to try and justify creating another. As the issue of packing the Supreme Court and upending hundreds of years of history is making liberals salivate, Pelosi has the audacity to say it may be necessary. Referencing a growing U.S. population “might necessitate” the court’s expansion, said Pelosi.

By growing population, perhaps she is referring to the chaos that has transpired at the southern border after Democrats made every promise to welcome migrants with open arms in order to win the 2020 presidential election. So as not to look too eager to simply hand the Supreme Court a liberal majority on a platter, Pelosi claimed Democrats are focused on “putting together” Biden’s American Jobs Plan into a bill.

However, she stated she supports Biden’s commission to study a Supreme Court takeover, which Democrats are calling a “proposal.” Pelosi said, “I don’t know that that’s a good idea or a bad idea. I think it’s an idea that should be considered and I think the president is taking the right approach to have a commission to study such a thing.”

Pelosi then worked her manipulative magic and concluded with “the growth of the country” and the “size of our country, the growth of our challenges in terms of the economy, etcetera, might necessitate such a thing.” In essence, “we Democrats implement policies that make the country so bad, we have no choice but to continue the path of destruction.”

In an attempt to stave off the Democrats’ irreversible hopes and dreams, House Freedom Caucus Chair Rep. Andy Biggs (R-AZ) is proposing a constitutional amendment. The amendment would fix the number of Supreme Court justices at the current level of nine. According to The Hill, the amendment would state: “The Supreme Court of the United States shall be composed of nine justices consisting of one chief justice and eight associate justices.”

In a statement, Biggs said of his proposal, “The Supreme Court must faithfully interpret the Constitution. We cannot allow it to fall victim to partisan attempts to pack it with far-left radicals…this desperate power-grab by Democrats will only further divide our Nation. I will not stand for a ‘Supreme Coup’ of our highest court.”