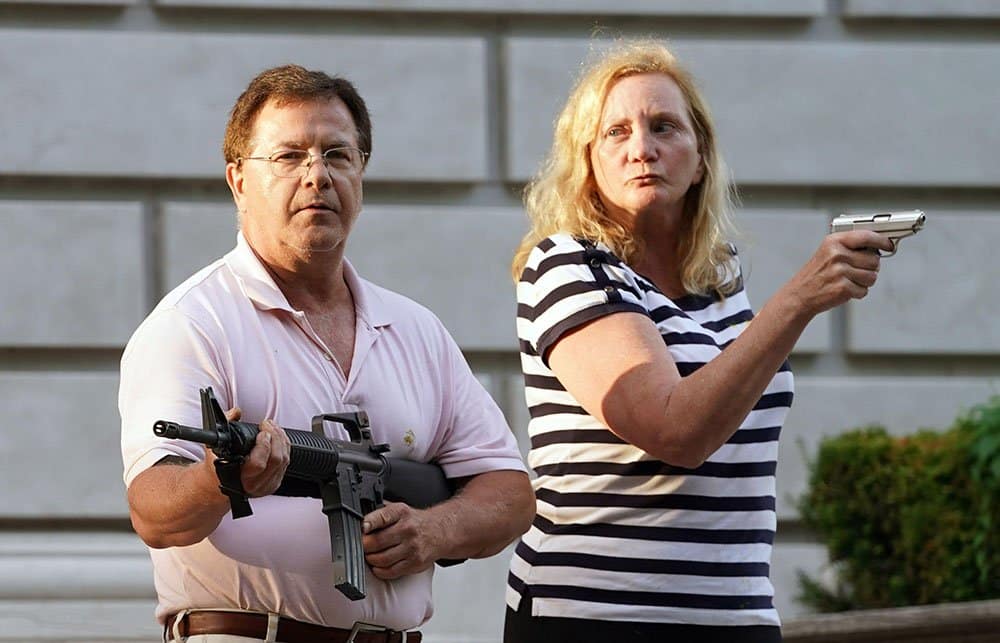 The St. Louis, Missouri couple who stood outside their home with guns to defend themselves from Black Lives Matter protesters have been pardoned. Republican Governor Mike Parson announced Tuesday he had pardoned Mark and Patricia McCloskey, after they pled guilty in June to misdemeanor charges.

Many have defended the McCloskeys, saying they were legally protecting their $1.15 million house.

The couple heard a loud commotion and saw a large group of people break an iron gate marked with “No Trespassing” and “Private Street” signs, according to a police report.
However, special prosecutor Richard Callahan said his investigation found that the protesters were peaceful.

“There was no evidence that any of them had a weapon and no one I interviewed realized they had ventured onto a private enclave,” Callahan said in a statement after the McCloskeys pleaded guilty in June.

At the time of the incident, the pair received support from then-President Trump, who called the charges against them “disgraceful.” They were also invited to speak at last year’s Republican National Convention.

“Mark is a Conservative outsider who will bring backbone and guts to the US Senate to continue fighting for President Trump’s agenda,” his website says.