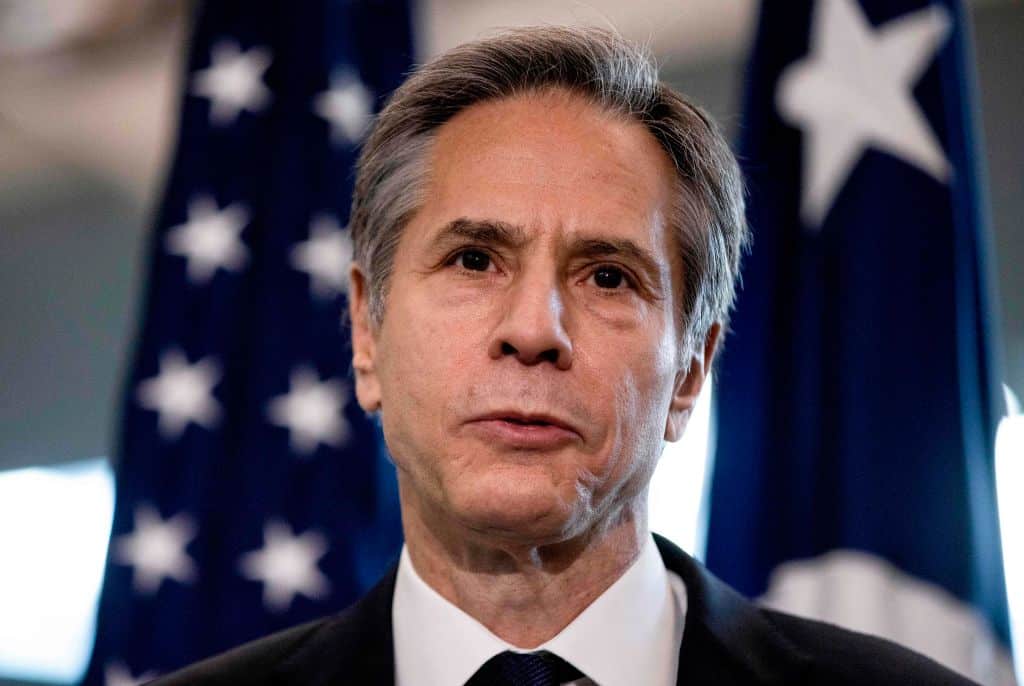 If you are looking to the State Department’s social media for answers on pressing matters such as national security and issues that address the longevity of our nation, look elsewhere.

The Department of State has been promoting an incredibly odd announcement via repeated tweets about Secretary of State Antony Blinken’s Spotify playlist. After multiple tweets with the same Spotify message, social media users have drawn attention to the ridiculous behavior of the department.

“Have you heard the news? [Secretary of State Antony Blinken] is now on [Spotify]! Check out his latest recommended playlist, listen to some tunes from around the world, and follow the Secretary here: ow.ly/5LW350H8oVA,” each tweet states with a large photo of Blinken.

Fox News found that “from Dec. 10 through Jan. 2, the State Department’s Twitter account tweeted about Blinken’s Spotify playlist a total of eight times while also retweeting its own tweets about the playlist, as well as tweets from other accounts mentioning the playlist, on multiple occasions.”

Press secretary for Senator Josh Hawley (R-Mo) Abigail Marone first publicized the State Department’s bizarre behavior. “The State Department has tweeted about Tony Blinken’s Spotify 4 times this month in case you’re wondering what the Biden Administration’s priorities are… Still no accountability on Afghanistan though,” she wrote on her Twitter account.

As the State Department continued promoting Blinken’s Spotify playlist into January, some referred back to Marone’s tweet while pointing out the “bizarre” repetition.
Other critics, including some lawmakers, joined in to mock the State Department, with some referring to the administration as “unserious” and others calling it “humiliating.” A number of critics echoed Marone in referencing the department’s failures in Afghanistan.

The State Department’s priorities are clearly backwards considering the repercussions of the botched Afghanistan withdrawal and the global efforts to save those who are still in Afghanistan, now suffering under Taliban rule.

In this article:Anthony Blinken, spotify