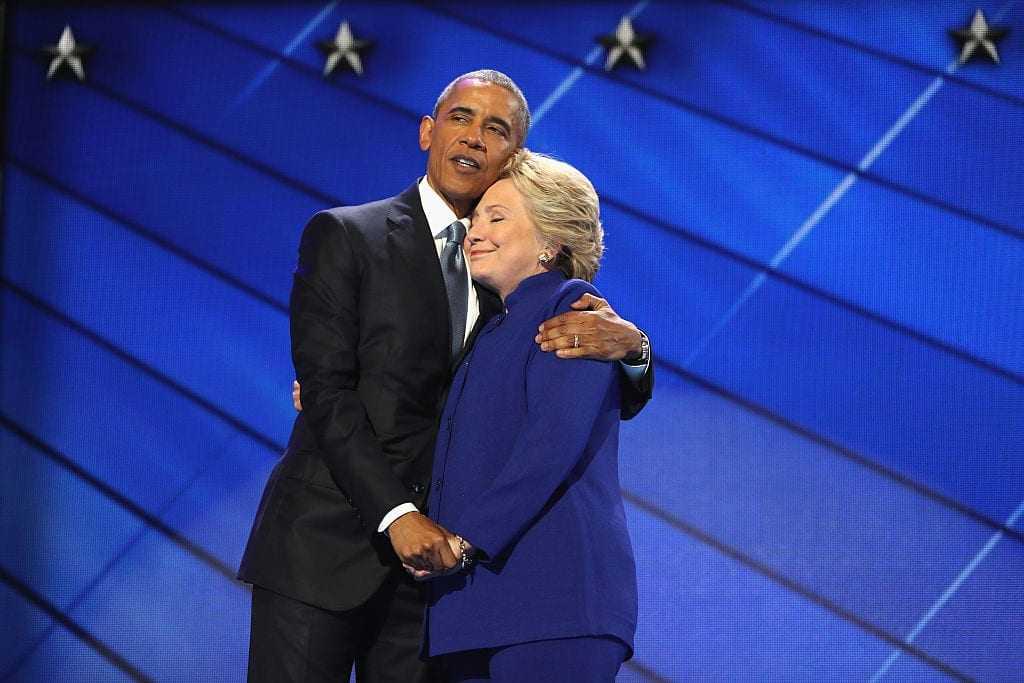 [otw_shortcode_dropcap label=”W” font=”Ultra” background_color_class=”otw-no-background” size=”large” border_color_class=”otw-no-border-color”][/otw_shortcode_dropcap]e recently reported that former MI6 spy Christopher Steele is being sued for defamation in a British court by Alfa Bank founders. As transcripts of Steele’s court testimonies come to light, more and more is unearthed with regards to his involvement in the Russia probe. Not only did Steele reveal previously undisclosed meetings with two Clinton campaign attorneys, but another bombshell has dropped.

Just The News reports that Steele revealed he believes Hillary Clinton and Susan Rice were aware of his anti-Trump research. In particular, “the testimony makes his most direct link yet between his Russia collusion research and the top of the Clinton campaign and Obama White House.”

During questioning by attorneys for the Russian Alfa Bank, Steele discussed his hiring by the firm Fusion GPS to conduct the Russia collusion research. Fusion GPS is owned by Glenn Simpson, through the Democratic National Committee-linked law firm Perkins Coie. Just The News reminds the reader that Steele once claimed Trump may have communicated with Russia through a computer server at the Alfa Bank. That has since been debunked and “didn’t come from a Russian intelligence source but rather was brought to his attention by one of the lawyers at Perkins Coie.”

“I presumed it was the Clinton campaign, and Glenn Simpson had indicated that. But I was not aware of the technicality of it being the DNC that was actually the client of Perkins Coie,” Steele testified in March under questioning from lawyers for Russian bankers suing over his research.

“You knew it was the leadership of the Clinton presidential campaign didn’t you?” a lawyer for the businessmen asked.

“I believed it was the campaign. Yes,” he answered.

“The leadership of the Clinton campaign?” he was asked.

“Fine, the leadership of the campaign,” Steele conceded.

“You also understood that Hillary Clinton herself was aware of what you were doing?” the lawyer asked.

“I think Glenn had mentioned it, but I wasn’t clear,” Steele answered.

Lawyers then confronted Steele with what they claimed were “notes he took at a meeting with the FBI in 2016 in which he purported to tell agents that Clinton was aware of his research. The lawyers read from those notes during the court proceedings.”

The notes, according to the transcript, read: “We explained that Glenn Simpson/GPS Fusion was our commissioner but the ultimate client were the leadership of the Clinton presidential campaign and that we understood the candidate herself was aware of the reporting at least, if not us.”

The lawyers prodded: “It’s your note, so we assume it’s accurate?”

On a separate day later in court, Alfa Bank attorneys asked Steele about his meetings with the U.S. State Department in October of 2016 to share his “dossier” findings. Steele said Clinton adviser and friend Strobe Talbott reached out to him, then State officials Jonathan Winer and Victoria Nuland set up the meeting: “The meeting was set up by a State Department official called John Winer.”

When lawyers continued questioning, Steele revealed the meeting was set up at Winer’s suggestion: “He invited us in to meet, as I understood it, at her request, Assistant Secretary of State Nuland.”

When the lawyers asked If discussion of a meeting began in October, Steele said: “I remember taking a phone call from him, your lordship, earlier in the summer in which he said that he was aware that I had – he spoke in fairly cryptic terms – but he was aware that we had material of relevance to the U.S. election.”

Steele then added, “A little bit of background, if I may, your lordship on that. Both National Security Advisor at the time Susan Rice and Assistant Secretary of State Victoria Nuland, who were the key policymakers on Russia, had been colleagues of Mr. Talbott, and I had – although he didn’t state it explicitly, one or either or both of them had briefed him on the work we had been doing.”

As Just The News declares, this “makes his most direct link yet between his Russia collusion research and the top of the Clinton campaign and Obama White House.”