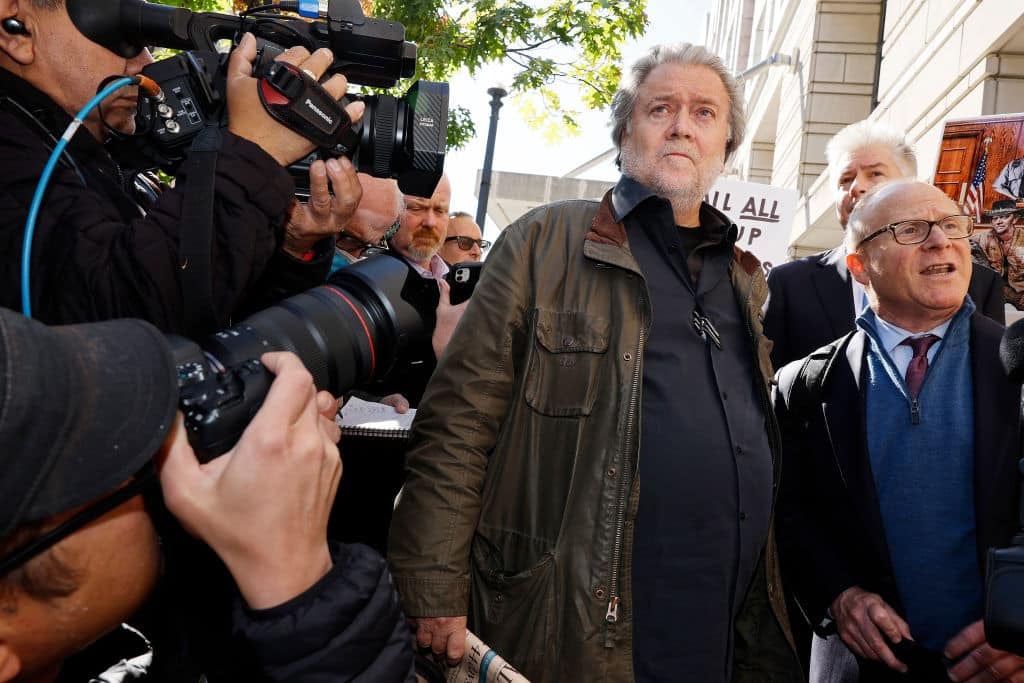 Even U.S. district court judge Carl Nichols recognizes that Bannon’s contempt conviction is likely to get tossed out, which is why he took the extraordinary step of issuing a stay of sentence pending appeal.

When Bannon was subpoenaed by the J-6 Committee, Trump’s lawyer sent him a letter stating that the president invoked executive privilege and therefore directed him not to testify.  Trump holds the privilege, not Bannon.  Under law, Bannon cannot waive it or violate it.  So, on advice of his own counsel, Bannon declined to testify.  It was the correct advice.

But at trial, Judge Nichols applied the wrong standard on “willful” defiance of a subpoena.  He relied on an outdated 61-year-old DC circuit court case (Licavoli v. U.S., 1961) that was based on a Supreme Court decision that was later repudiated by the high court and overturned.  The correct standard, as the Supreme Court has since enunciated, is that prosecutors must show that the defendant knew his actions were unlawful.  But if a defendant believes his response to the subpoena is lawful, then he cannot be convicted.

Here, Bannon relied on advice from his lawyer that he could not testify because of executive privilege.  Thus, Bannon thought he was acting lawfully.  As long as he relied on that advice in good faith, he did not violate the law and should never have been held in contempt and convicted.  Judge Nichols erred in barring Bannon from presenting that defense.