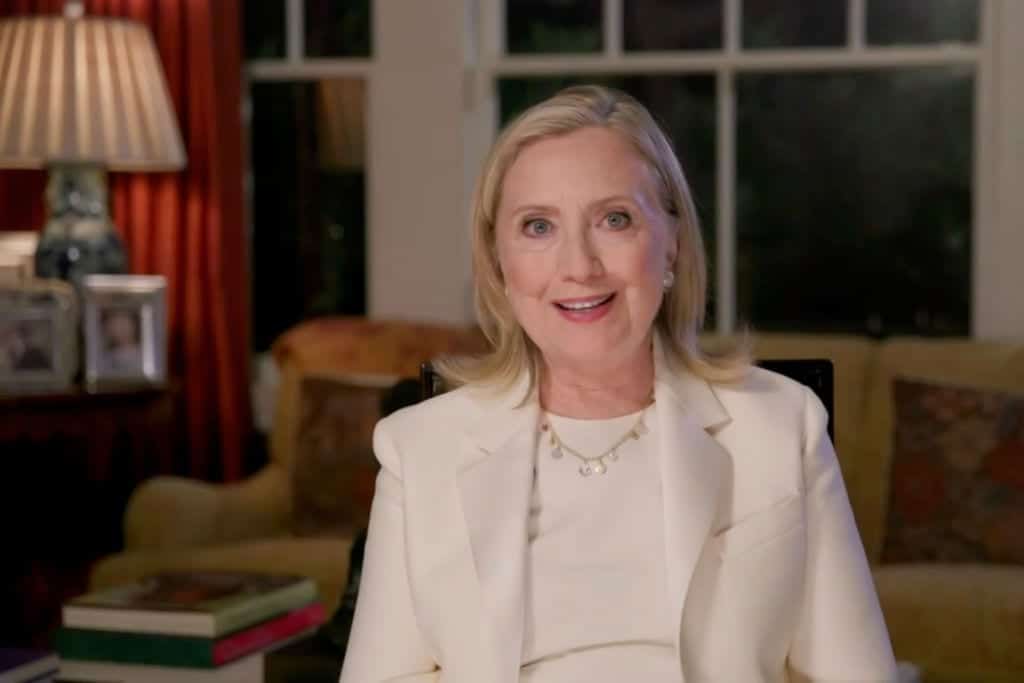 A bitter Hillary Clinton made her hatred for President Trump – and Republicans – clear during a podcast on Monday, saying that the idea of four more years makes her “literally sick to [her] stomach.”

“I can’t entertain the idea of him winning, so let’s just preface it by that,” Clinton told Journalist Kara Swisher on her podcast, “Sway.”

“Well, because it makes me literally sick to my stomach to think that we’d have four more years of this abuse and destruction of our institutions, and damaging of our norms and our values, and lessening of our leadership, and the list goes on,” she continued.

The 2016 Democratic hopeful was certain she’d win four years ago, and is evidently still disgruntled about her loss.

Aren’t Democrats the ones who pride themselves on being the ‘accepting’ party?

Apparently only when it comes to their own pack.

Clinton blamed her loss in certain key states on former FBI Director James Comey’s letter announcing the existence of emails under investigation, according to The Federalist.

“I absolutely thought I was going to win. So did everybody else. I mean, I know people look back now and say, well, it wasn’t – we were going to win.”

When asked about the potential release of more of her secret server emails, Clinton said that it would simply be a “pathetic” move by the president and his administration.

“There’s nothing in them, but what they do is they take these emails that were, frankly, pretty boring if you want to really know the truth about them, and they begin to try to manipulate them, or they pull them out of context, or they make up whole cloth crazy stories about them. And people, unfortunately, believe they’re getting kind of a behind the scenes look,” Clinton said.

Though Hillary likes to play the innocent victim, she’s not.

Recently declassified materials indicate that U.S. intelligence officials discovered in July of 2016 that Clinton was responsible for creating the false narrative – in an effort to distract from her own email scandal – and that then-CIA Director John Brennan briefed then-President Obama about it.

Brennan “briefed Obama and other senior national security officials on the intelligence, including the ‘alleged approval by Hillary Clinton on July 26, 2016 of a proposal from one of her foreign policy advisors to vilify Donald Trump by stirring up a scandal claiming interference by Russian security services,” according to the report via BizPacReview.

Two months later, intelligence officials sent an “investigative referral” to then-FBI Director James Comey and then-Deputy Assistant Director of Counterintelligence Peter Strzok regarding “Clinton’s approval of a plan concerning U.S. Presidential candidate Donald Trump and Russian hackers hampering U.S. elections as a means of distracting the public from her use of a private mail server,” the document states.

Though she tried her best, she ultimately failed.

The collusion delusion has since been debunked by the Department of Justice.

Sorry Hillary, no one is coming this pity party.