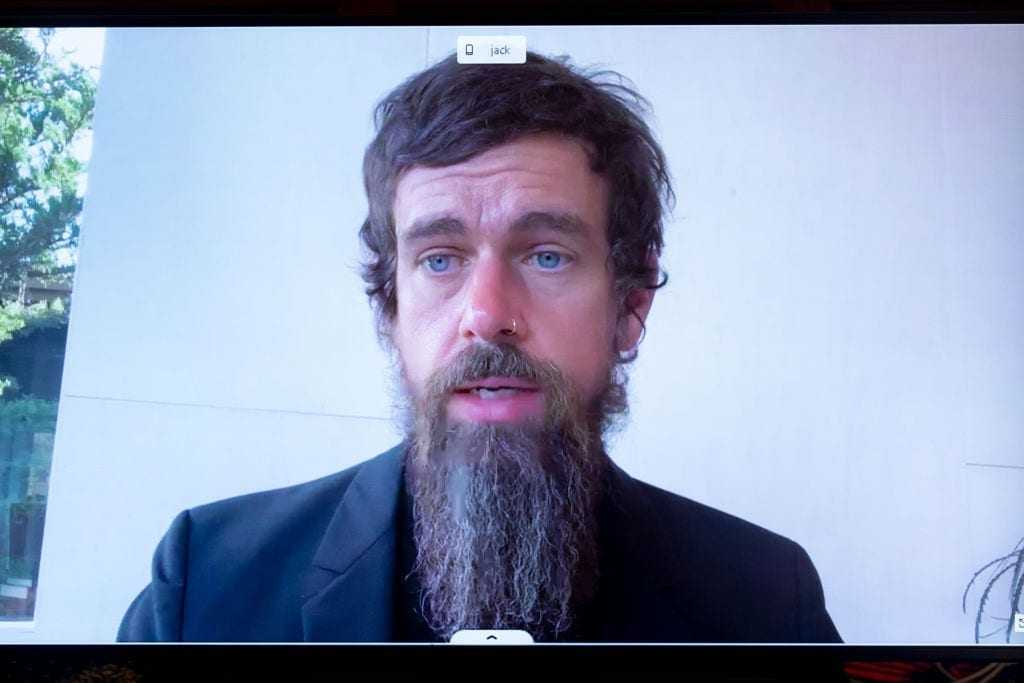 Twitter CEO Jack Dorsey dug himself a hole, and it just keeps getting deeper.

During a Senate hearing focused on Big Tech’s content moderation policies on Wednesday, Dorsey lied to senators when he claimed that his social media company has never censored President Trump.

“Just to be clear, we have not censored the president,” Dorsey said in response to Sen. Marsha Blackburn of Tennessee. “We have not taken the tweets down that you’re referencing. We have added context with a label and we do the same for leaders around the world.”

Blackburn referenced a study that concluded Twitter has censored Trump and his campaign’s tweets a whopping 65 times, but never once censored Democratic nominee Joe Biden. Dorsey, however, continued to push the narrative that Twitter did nothing wrong other than adding more context to his tweets.

“We have not censored the U.S. president,” he said. “We do not take down the tweets but we add context around it.”

But, that’s simply not the case.

There are several examples of Twitter censoring and even taking down the president’s tweets.

Earlier this year, Twitter removed access to a clearly fake “racist baby” video posted by the president after creating a platform-sponsored fact-check in the trending topics section of the website, according to The Federalist.

And, the platform censored multiple tweets in which the president raised valid concerns over mail-in-voting, as well as flagged his tweets about sending the National Guard to cities with violent rioting, The Federalist reports.

Unfortunately, that’s not the only lie that came straight out of Dorsey’s mouth.

He also falsely told senators that his company lifted a ban on users tweeting articles from the New York Post’s Hunter Biden exposé, despite the fact that the ban was still very much intact.

But, according to the Post, Twitter users quickly noted that the network still banned distribution of the article describing the Biden family’s involvement in Chinese business deals.

Users were not able to share a link to the article up until just hours ago.

As expected, President Trump took to twitter to express his outrage.

“It’s amazing. Twitter refuses to allow any mention of the Biden corruption story which was carried so well on @TuckerCarlson last night. It’s the biggest story and the Big Tech, together with the Lamestream Media, isn’t allowing a word to be said about it,” he tweeted.

“The USA doesn’t have Freedom of the Press, we have Suppression of the Story, or just plain Fake News. So much has been learned in the last two weeks about how corrupt our Media is, and now Big Tech, maybe even worse. Repeal Section 230!” he wrote in a second tweet.

“Media and Big Tech are not covering Biden Corruption,” he added.

“Why isn’t Twitter trending Biden corruption? It’s the biggest, and most credible story, anywhere in the world. Fake Trending!!!”

Trump has been one of the biggest critics of Twitter and Facebook in recent weeks, accusing them of election meddling through censorship of the Biden bombshell.

In an interview with the Sinclair Broadcast Group, Trump said the tech companies were “trying to protect” Joe Biden, but “they got caught and that’s turning out to be just as big a story,” according to the Post.

If these platforms continue to censor major news outlets like the New York Post, they are ultimately stripping journalists of their right to freedom of the press – and that is a violation of the Constitution.