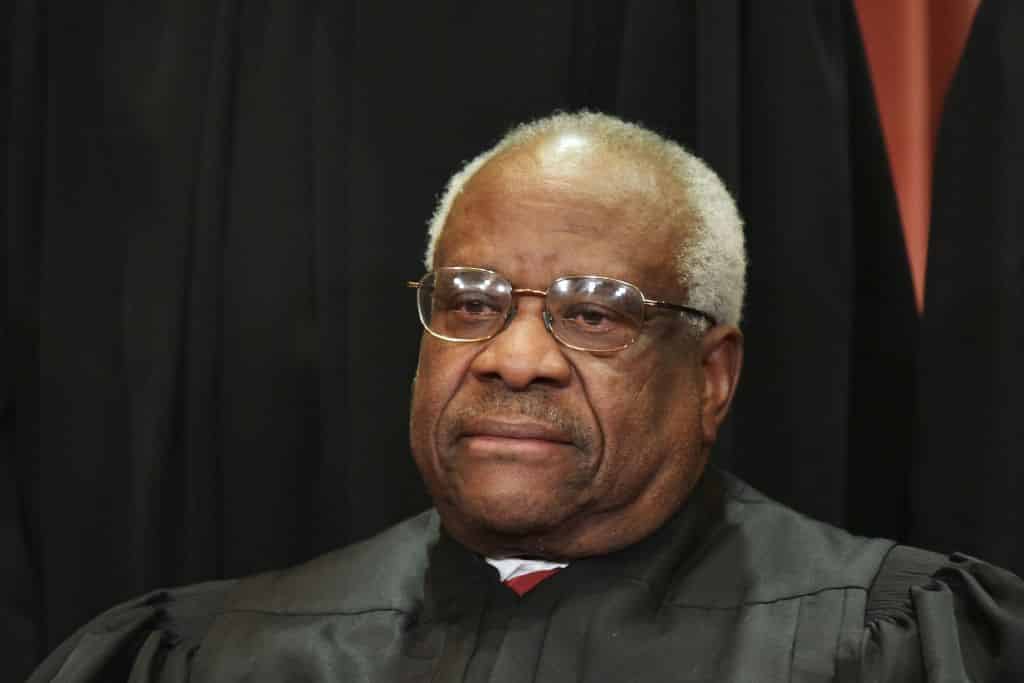 When the health of a Supreme Court Justice is an issue, it instantly becomes national news. For better or worse, the health of the human being becomes subsumed in political jockeying and contention. Such is the situation when a spokesperson announced on Sunday that Supreme Court Justice Clarence Thomas, 73, went to Sibley Memorial Hospital in Washington D.C. with “flu-like symptoms.” Justice Thomas was diagnosed with an infection. The Justice is said to be doing better. He expects to be released “in a day or two” and the SCOTUS’ Office of Public Information stated that “He is set to keep working.”

The article references Justice Thomas as a “conservative jurist,” and describes the ‘scare’ of hospitalization as occurring at a time “as right-wingers hold a solid majority on the court and President Joe Biden, a Democrat, is trying to replace retiring left-leaning Justice Stephen Breyer with nominee U.S. Circuit Judge Ketanji Brown Jackson.” The report about the health of Justice Thomas transitions in a reference to the fact that the President’s party maintains the narrowest of majorities in the U.S. Senate at 50-50.

Justice Thomas “underwent tests, was diagnosed with an infection and is being treated with intravenous antibiotics,” the representative reported. “His symptoms are abating, he is resting comfortably, and he expects to be released from the hospital in a day or two. Justice Thomas will participate in the consideration and discussion of any cases for which he is not present on the basis of the briefs, transcripts, and audio of the oral arguments.”

The msn.com report added: “It is a matter of course that any death or retirement from the bench becomes a huge factor in presidential politics, but the optics on the aging court have been more heated since Thomas’ late colleague, conservative jurist Antonin Scalia, died in the final year of Barack Obama‘s presidency at age 79. Republicans, who controlled the Senate at the time, stonewalled Obama when he nominated a successor. This gave President Donald Trump the ability to successfully nominate conservative Neil Gorsuch to the bench. Obama’s choice Merrick Garland is now U.S. Attorney General.

Trump later named Brett Kavanaugh to the bench after Anthony Kennedy, who had an ideological reputation as a “swing voter,” retired. That confirmation process, though successful, became especially ugly as psychology professor Christine Blasey Ford said Kavanaugh sexually assaulted her during a party in the early 1980s. Justice Ruth Bader Ginsburg, a liberal hero and Scalia’s close friend, died in the closing months of Trump’s presidency at age 87, with the Republican-controlled Senate confirming conservative nominee Amy Coney Barrett.