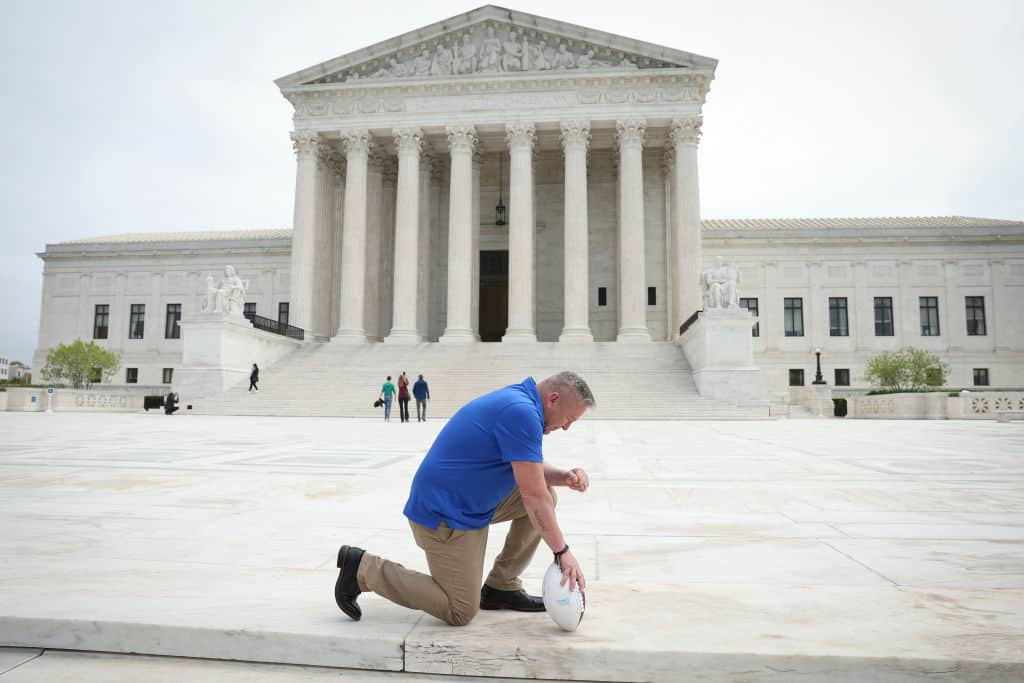 The United States Supreme Court just released its decision in the case of former Bremerton High School assistant football coach Joseph Kennedy of Washington. The court ruled Monday that the coach had the right to pray on the field after games.

“Both the Free Exercise and Free Speech Clauses of the First Amendment protect expressions like Mr. Kennedy’s,” Justice Neil Gorsuch wrote in the majority opinion.

“Nor does a proper understanding of the Amendment’s Establishment Clause require the government to single out private religious speech for special disfavor. The Constitution and the best of our traditions counsel mutual respect and tolerance, not censorship and suppression, for religious and nonreligious views alike” the opinion continued.

The 6-3 ruling favored Kennedy, who made the claim that Bremerton School District violated his religious freedom by telling him he couldn’t pray so publicly after games. Kennedy began offering a brief prayer on the field after games on the 50-yard line.

The district eventually told Kennedy he should find a private location to pray after games, saying it was trying to avoid the appearance that the school was endorsing a religious point of view. The school district argued students on the football team looked up to their coach and felt coerced into doing as he did, which was take a kneel and pray.

NBC News reports Kennedy would not move his prayer location, and “he later invited journalists and a state legislator to watch. The district gave him a poor performance evaluation, and he did not apply to renew his contract after the 2015 football season. Kennedy sued, claiming violations of his right to free expression and religious freedom…

…Lower federal courts said that because he chose to say his prayers in such a prominent place, he was acting as a public employee and his conduct was therefore not protected by the First Amendment. Those rulings cited past Supreme Court decisions that said when public employees act in their official capacities, they are speaking more for the government than for themselves.”

NBC News added Kennedy now lives in Florida but has said that if the Supreme Court ruled in his favor, he would return to Bremerton and seek to regain his job as a part-time football coach.

In this article:featured, Prayer, SCOTUS