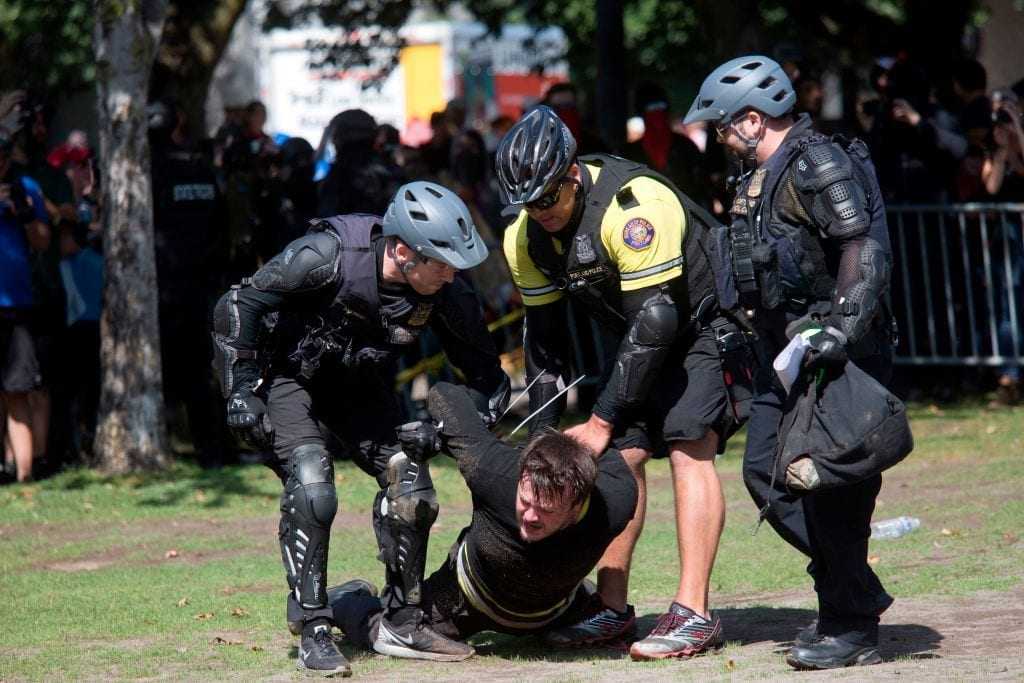 [otw_shortcode_dropcap label=”A” font=”Ultra” background_color_class=”otw-no-background” size=”large” border_color_class=”otw-no-border-color”][/otw_shortcode_dropcap] horrendous execution of a Trump supporter was caught on camera in Portland, leading to an investigation into the shooter. The victim, Aaron Danielson, was part of the conservative group Patriot Prayer and was shot in the chest Saturday night after a caravan of Trump supporters drove through downtown. The suspected murderer is 48-year-old Michael Forest Reinoehl who is a self-proclaimed anti-fascist who has been very active in the Black Lives Matter protests and demonstrations.

Reinoehl was already in trouble with the law, but similar to other protesters, not treated as the very real criminal that he is. “On July 5 at one of the demonstrations, Reinoehl was cited at 2:10 a.m. in the 700 block of Southwest Main Street on allegations of possession of a loaded gun in a public place, resisting arrest and interfering with police,” reported The Oregonian.

Infuriatingly, Reinoehl was supposed to appear in court but “allegations were dropped on July 30 with a ‘no complaint,’ according to court records. The documents don’t indicate why prosecutors decided not to pursue the accusations. Reinoehl spent no time behind bars” reported The Oregonian.

Because of the prosecutors’ actions and lack of judicial action towards violent protesters, another man is dead. Reinoehl has been posting videos and photos on social media of the demonstrations he has attended for months, accompanied by hashtags such as #blacklivesmatter, #anewnation and #breonnataylor.

Reinoehl’s sister said her brother has been estranged from the family for at least three years. “We reached out to police and confirmed that we recognized Michael in the screenshots,” she said. Reinoehl has a son and daughter and is split from their mother. Additionally, Reinoehl has stolen his mother’s seizure medication and is in significant debt, often giving relatives’ addresses instead of his own to hide from his financial responsibilities, his sister told The Oregonian.

“On the one hand, this whole thing surprises the daylights out of us, because we always thought he is a lot of bark, not a lot of bite. But he’s also been very impulsive and irrational” said the sister who asked to not have her name released.