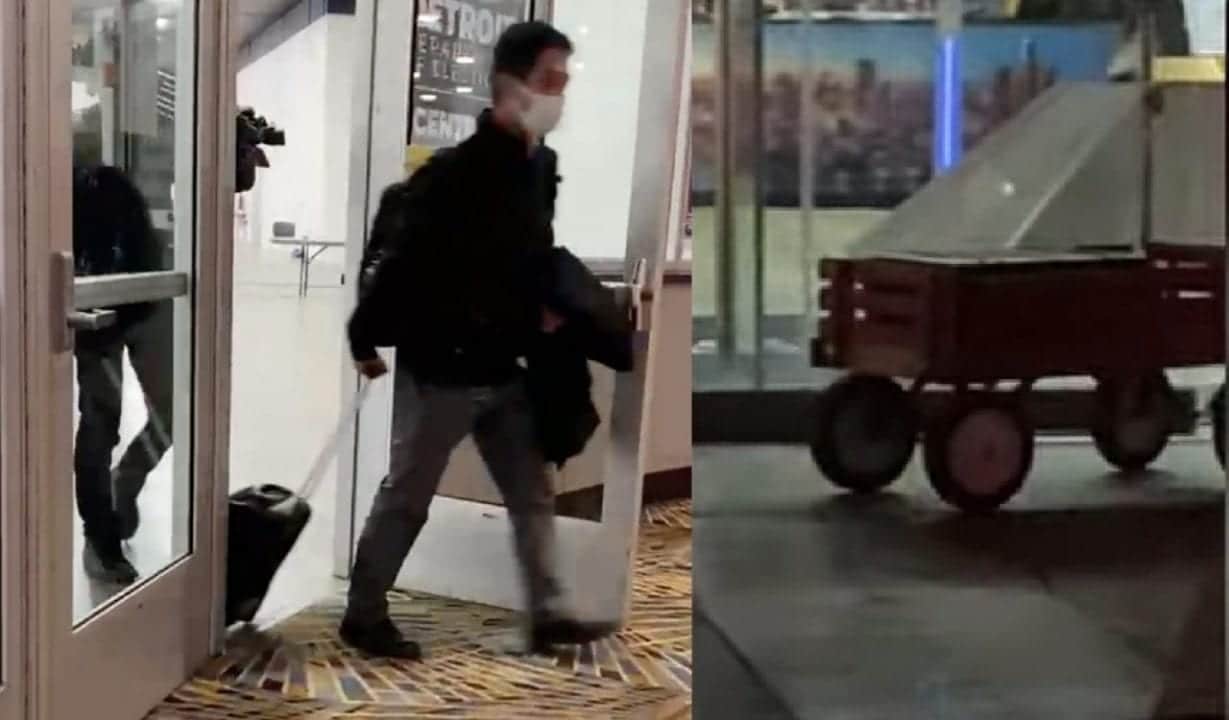 A suspicious election night video taken by a Texas lawyer and member of Lawyers for Trump is now going viral. In the footage, “a person in a white van was filmed loading up a red wagon outside the ballot counting location and bringing it instead” reports the Gateway Pundit. The video was allegedly taken at 4 a.m. in Detroit, Michigan, which is one of the most important swing states for the next president to win.

In addition to a red wagon being loaded strategically, images show individuals rolling in suitcases and coolers into a secure vote counting area. Kellye SoRelle, the Texas lawyer who took the footage, released the video to Texas Scorecard because she wanted to raise “alarms that the box may have been a ballot box that arrived long after all ballots were expected to have been received at the counting facility.”

“According to SoRelle, visitors were able to enter and leave the facility where the votes are being counted without any identification check. The workers were apparently working in six-hour shifts, meaning they did not have a need for overnight luggage.” President Trump was leading in Michigan from late Tuesday night into the early morning hours of Wednesday when suddenly a flood of Biden votes miraculously appeared and gave the former Vice President the lead.

The Trump campaign has filed a lawsuit in Michigan, in addition to other swing states, saying in a statement: “We have filed suit today in the Michigan Court of Claims to halt counting until meaningful access has been granted. We also demand to review those ballots which were opened and counted while we did not have meaningful access.”