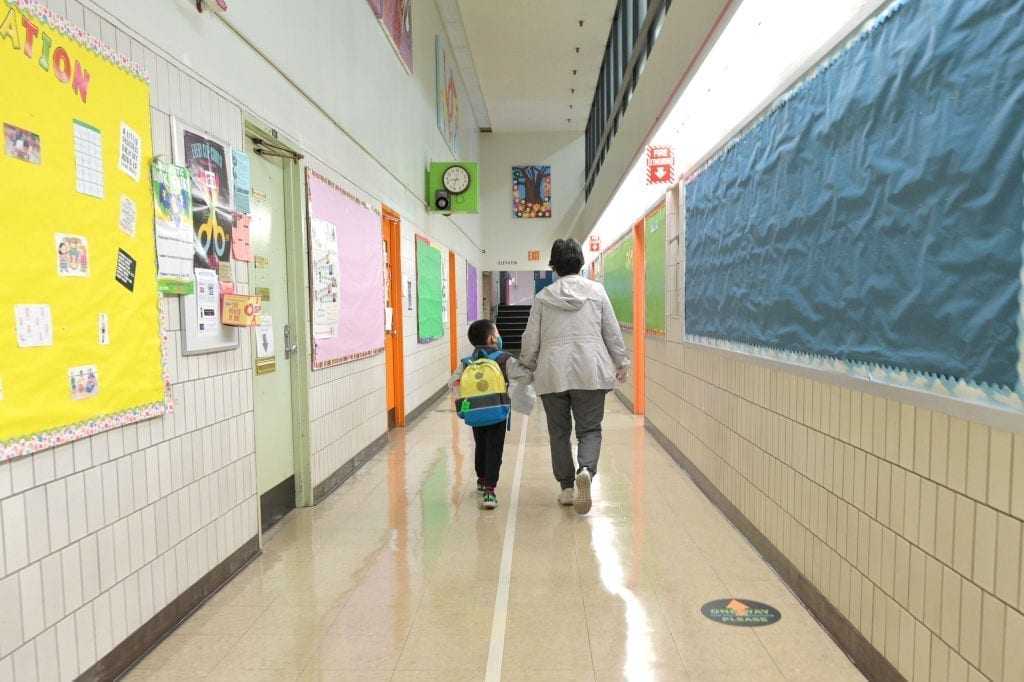 But these schools are facing a major crisis: a teacher shortage.

Prior to reopening, the teachers’ union warned that schools still don’t have the teachers they need to effectively start in-person classes under a complicated hybrid education model, and Mayor Bill de Blasio refused to say how many educators the city has hired to address the problem, according to Politico.

The mass-scale reopening brought nearly half a million students to school this week, but just as many opted to stay home and take their classes online.

With the largest spike in COVID-19 cases since June, the city is watching certain clusters to determine whether schools can remain open; they will shut down if the city’s positive test rate hits 3% on average over a week, Politico reported.

And with the reopening, it did not take long for disaster to strike.

The John F. Kennedy Jr. school in Queens, a school that serves students with disabilities, has been ordered to shut down for two weeks because at least two cases were found in separate classrooms.

Despite the challenges schools are facing, Mayor Bill de Blasio celebrated the reopening.

“We did something that other cities around this country could only dream of, because we have fought back this pandemic so well for so long,” he said at a press briefing. “This is a key moment in our rebirth. And a lot of people said it couldn’t be done. And it was tough, but we did it.”

The city’s school reopening happened in three phases: pre-kindergarten last week, elementary schools on Tuesday and middle and high schools on Thursday. And to follow all social distancing protocols, students who opt for in-person education are only attending school one to three days a week, while remaining at home for remote learning on other days.

The city has also agreed to use separate teachers for in person and remote classes, requiring more teachers than in a normal school year, according to Politico.

While this may be a smart decision, the shortage of teachers is leaving schools scrambling.
“At this point, we’re assuming we need a couple of thousand teachers … especially at the high school level,” United Federation of Teachers president Michael Mulgrew told reporters outside the University Neighborhood High School in Manhattan early Thursday morning. “We’re seeing some high schools that have very limited programs.”

To help combat the problem, the city promised to hire 4,500 new teachers, which still would not be enough to run high schools. De Blasio declined to discuss how many teachers had been hired thus far.

“We’re now going to be making those adjustments over the next few weeks. We’ll get to a final, locked-down roster for every school and then we’ll be able to tell you what we had to add,” he said.

Students will also be required to get tested for the virus at their schools. A random sampling of 10 to 20 percent of the student body and staff are supposed to be tested each month, according to Politico.

The teacher’s union is also pushing the city to shut down the public schools in neighborhoods where infections are rising, which de Blasio refused, saying there is no indication that the virus has affected local schools.
If New York City continues to see a spike in case numbers, de Blasio will be forced to act quickly and appropriately to ensure the safety of students.

But if schools are able to remain open, first thing’s first: teachers.

Students can’t learn without them.