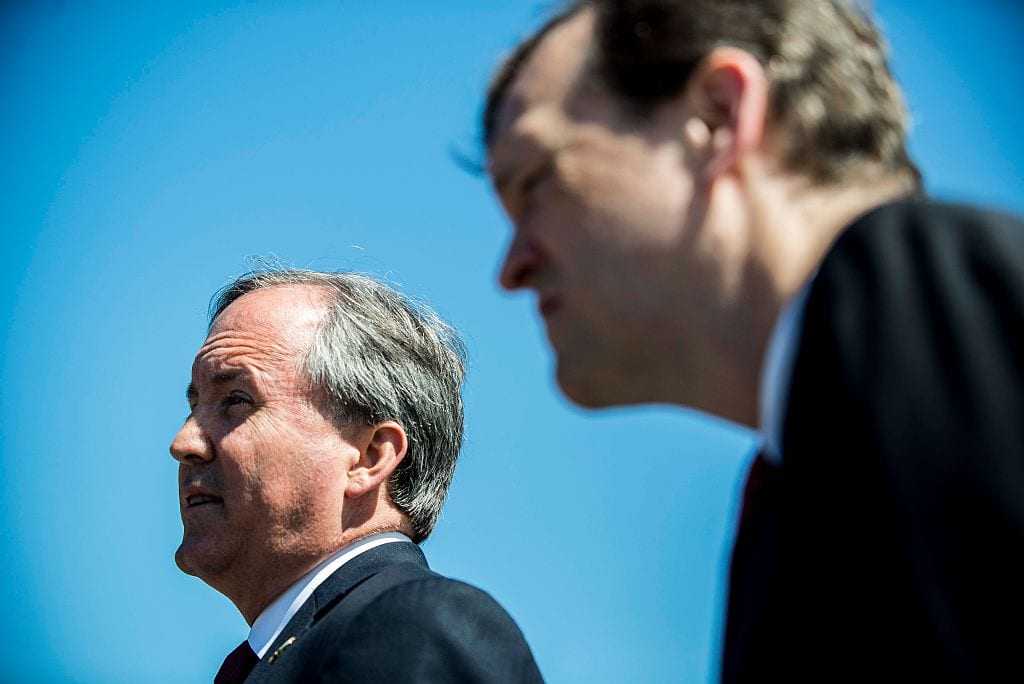 Texas Attorney General Ken Paxton sued the Biden administration over the “unlawful and perilous” 100-day pause on deportation of illegal immigrants, claiming it would put Americans in danger.

“I won’t tolerate unlawful acts from Joe Biden’s administration,” Paxton said in a tweet. “Today, I am taking action.”

“Our state defends the largest section of the southern border in the nation. Failure to properly enforce the law will directly and immediately endanger our citizens and law enforcement personnel,” Paxton said in his statement.

“DHS itself has previously acknowledged that such a freeze on deportations will cause concrete injuries to Texas. I am confident that these unlawful and perilous actions cannot stand,” he added. “The rule of law and security of our citizens must prevail.”

Biden’s administration announced the deportation freeze, in effect Friday, of “certain noncitizens ordered deported,” Fox News reports. The Department of Homeland Security said it will allow the organization to ensure resources are used to respond to “the most pressing challenges that the United States is facing,” including COVID-19 challenges.

The pause wouldn’t be for all illegal immigrants. Indeed, it would exclude those who have engaged in terrorism or espionage, or who pose a danger to national security.

Paxton also claims that the order violates the Constitution, as well as a contract between Texas and the Department of Homeland Security which says that the state would be consulted before pausing deportations.

The agreement, which was signed during the Trump administration, says that DHS must give Texas significant notice – 180 days, to be exact – of any proposed change that would reduce enforcement or increase the number of “removable or inadmissible aliens,”

Paxton’s lawsuit claims that Texas is financially harmed by this change.

“For example, Texas expends funds to provide social services to illegal immigrants each year, including health care and education expenses, and must account for those anticipated expenditures through its budget,” the complaint says. “Those amounts will increase should DHS halt nearly all of the removals from Texas.”

“The Constitution, controlling statutes, and prior Executive pledges prevent a seismic change to this country’s immigration laws merely by memorandum,” the complaint adds.

The deportation freeze is just one of many actions Biden has taken regarding immigration in his first days as president. Additionally, he reversed Trump’s travel ban, halted all funding for the border wall, called for illegal immigrants to be counted in the census and moved to strengthen protections for DACA recipients.