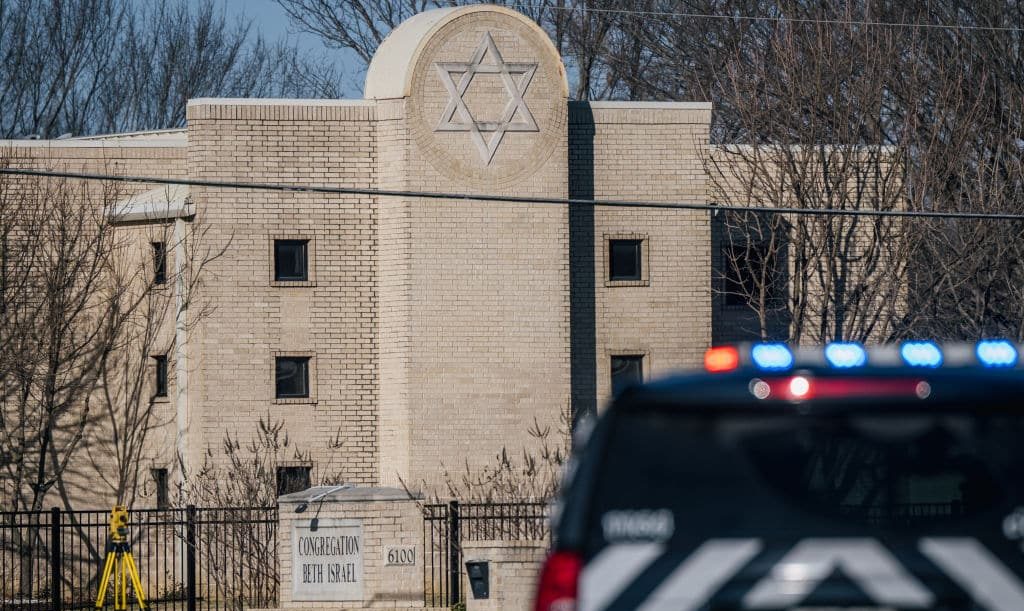 The Jewish Chronicle released the recording of a phone call between the Malik Faisal Akram, the terrorist who took hostages at a Colleyville, Texas synagogue last weekend, and his brother Gulbar. The Phone call expressly lays out he had bigger plans for “war.”

“I’m opening the doors for every youngster to enter America and f**k with them” he said. “We’re coming to f***ing America…we’ll give them f***ng war.” 44-year-old Akram was from Blackburn, an area north of Manchester in the United Kingdom.

In the call, Akram continued to say he would “die a martyr” and glorified a terror attack in a synagogue. “I’ve told them I’ll release these four guys, I’ll come on the yard, I’ll have a toe to toe with you. Shoot me dead, shoot her (Siddiqui) dead because I’m dead and she’s dead, she’s [got] 84 [more] years, right?” he said of demanding the release of Al-Qaeda-affiliated Aafia Siddiqui who is serving an 86-year prison sentence.

“They come into our f***ing countries, rape our women and f**k our kids and we can’t come in their countries and f**k with them?” shouted Akram. “I’m setting the precedent today… you’re not gonna get away with it any more, even if they don’t release Dr. Aafia – who gives a f**k?”

“I’m in a synagogue, I’ve got four beautiful guys, Jewish guys with me. I’m bombed up, I’ve got f***ing every ammunition…I’ve only been here two weeks and I’ve got them all at gunpoint. They let James Foley die and they didn’t release her, but guess what? Maybe they’ll have compassion for f***ing Jews.”

Throughout the call, Akram repeated that he was trying to “die a martyr” and decried US military actions abroad.

“I’ve come to die. I promised my brother when I watched him on that death bed that I will go down as a martyr, I’ll let no motherf***ers suppress me…I’m opening the doors for every f***ing youngster in England to know live your f***ing life bro, you f***ing coward. We’re coming to f***ing America…We’ll give them f***ing war.”

The Jerusalem Post reports Gulbar stated that his brother was suffering from mental health issues. He also oddly claimed that the hostages were released by his brother, and not rescued by police. Akram was banned from appearing in courts in Northgate, England, in 2001 for threatening and abusing staff. He allegedly told one court usher he wished they had died on one of the planes in the 9/11 terrorist attacks.

In this article:featured, Texas Synagogue