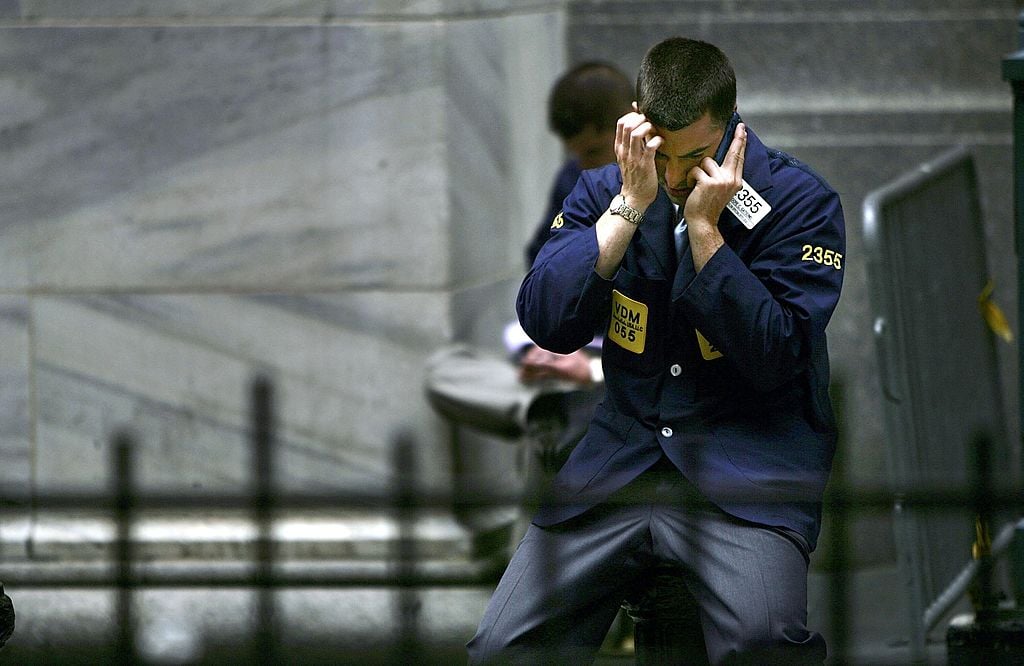 A true leader has the courage and humility to admit their own mistakes.  A coward blames others.

Since the first day of his presidency, Joe Biden has waged all-out war on our domestic energy industry, crippling our nation’s ability to provide the needed resources to sustain our own economy.  It was a grievous mistake that has caused prices to soar and left consumers struggling financially.

Americans are smart.  They know that Biden is responsible.  70 percent disapprove of his handling of inflation and gas prices, according to a new ABC News/Ipsos poll.  It is a damning indictment of Biden’s policies, if not his incompetence.

Instead of having the fortitude to admit that his misguided green agenda badly damaged the U.S. economy, Biden blames Putin.  And our nation’s oil companies.  And OPEC.  And bankers on Wall Street.  And transportation companies.  And COVID.  And the kid who kicked the cat.

Never once has Biden looked in the mirror for a moment of self-reflection.  He is incapable of recognizing that he was wrong in his decision to reverse our nation’s energy independence. 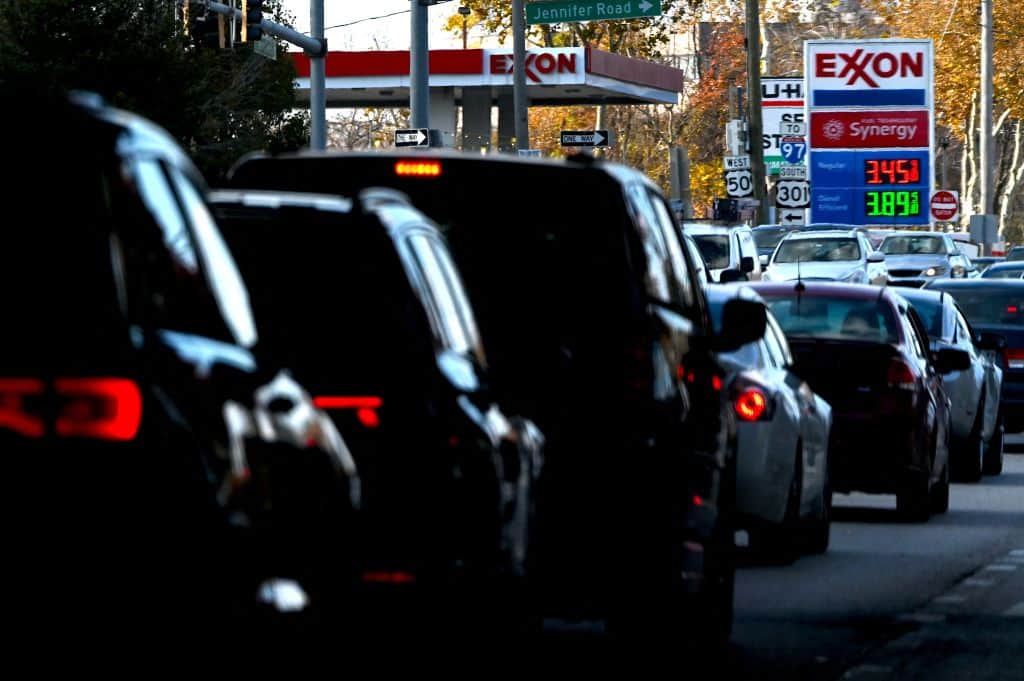 With stubborn arrogance, Biden ignored all the warnings by economists and energy experts who rang the alarm over his debilitating energy policies.

They correctly predicted that America would be left vulnerable to an unstable global marketplace…resulting in an inflationary spiral that would push us to the precipice of recession.

But Joe refused to listen.  Now, he blames everyone but himself.  In refusing to accept responsibility as a true leader would, Biden is a profile in cowardice.

When Biden took office a little more than a year ago, the U.S. was energy independent and a net exporter of oil.  With the stroke of a pen just hours after his inauguration, our new president put an end to it.

Biden signed the following Executive Order: “The Secretary of the Interior shall pause new oil and natural gas leases on public lands or in offshore waters.”  Drilling and production on hundreds of thousands of rich oil and gas fields came to a screeching halt.

Biden also shut down the Keystone XL pipeline that would bring over 800,000 barrels of oil to market every single day.  He ordered other pipelines capped.

He then targeted oil and gas companies with punitive regulations that made it difficult, if not impossible, to maintain a consistent flow of energy to support our bustling economy.  Making matters worse, Biden directed the EPA to raise the costs on power plants which began to reduce their output as a direct result.

Biden has tried to regulate oil and gas companies out of business.  All on his own, he engineered an energy deficit in America.  The U.S. was forced to turn elsewhere for its needs —Saudi Arabia, Russia, Canada, and Mexico.  Of course, importing petroleum added its own exorbitant expense that was passed on to the consumer.

Fast forward one year and America is in the death grip of an energy and inflation crisis.  Gasoline prices at the pumps are at record highs.  That has driven up the price for other goods such as food, clothing and other manufactured products that are influenced by increased fuel costs.  Overall inflation has skyrocketed…depressing economic growth.

Suffice it to say that Biden’s approach to energy has been an economic disaster for Americans.  He has suffocated economic productivity in America and steered us into a financial abyss that will be exceedingly difficult to survive.

But Biden insists he’s not to blame.  “Look…It’s simply not true that my administration or my policies are holding back energy production,” he vented.

Biden isn’t the only one who’s blatantly lying about what he did.

Joe is in a chronic state of denial.  He keeps claiming that Putin is the boogeyman to blame.

His White House flacks say that the current inflationary crisis proves that Joe’s green agenda is working.  That’s right.  Press Secretary Jen Psaki actually said that.  Not to be outdone, the president’s chief of staff, Ron Klain, dismissed it as “a high-class problem.”

Forget that low-income and middle-class Americans are the hardest hit.  They can now scarcely afford the gasoline that gets them to work so they can put food on the family table and keep a roof over their heads.  The Biden administration is about as tone-deaf as they come.

Transportation Secretary Pete Buttigieg and Vice President Kamala Harris professed they had the answer for what ails America.  They held a splashy news conference to announce an expensive plan to develop electric public buses.  But in the meantime, they urged everyone to give up their cars and trucks in favor of expensive EVs.  Harris asked her audience to “imagine a future” with only electric vehicles.  “That’s why we are here today —because we have the ability to see what can be, unburdened by what has been, and then to make the possible actually happen,” she waxed in her dreamy state.

Well, Kamala…imagine this: more than 60 percent of Americans live paycheck to paycheck.  They can barely cobble together the cash to fill up their gas tanks.  They can’t possibly afford to buy a pricey electric vehicle.

The average transaction price for an EV is roughly $60,000, according to the most recent Kelly Blue Book data.  Yes, there are a few cheaper ones…but they’re small, hard to come by, and cannot accommodate a large family.  But even those cars are well out of the price range for most Americans who just don’t have the money to fork over.

Harris and Buttigieg don’t know any of that because they live a life of privilege courtesy of taxpayers.  Their transportation is free.  They travel in style and luxury.  So does Joe Biden.  They have no clue what it’s like to hold down a real job and make ends meet when the monthly bills come due.

This invites another important question: when you plug in your EV (assuming you can afford one), where do you think that electricity comes from?  It comes from the nation’s power grid, much of which is derived from the very fossil fuels that the Biden administration is waging war against.

Biden, Harris and so many other climate activists seem to think that they can wave a magic wand or flip a switch and poof! —we can suddenly transition to an environmentally sustainable economy with nothing but renewable green energy.

Here’s a reality check.  It doesn’t exist.  We don’t have the capacity, infrastructure, and technology to accomplish it.  We don’t have the ability to produce, capture, and transport enough green energy to supply even a quarter of the country.  I wish we did, but we don’t.  And we won’t have it for at least another generation, if not longer.

We have made steady progress in scientific achievements that have advanced wind, solar and other renewable energy sources.  But they still amount to only 20 percent of our nation’s electricity.  And that’s the maximum output that our systems can process.  In the meantime, demands for energy continue to grow as our society continues to develop.

None of this is a remedy for the economic catastrophe that the U.S. is facing right now.  Biden created it with his ill-conceived assault on domestic energy.

His policies hiked the cost of oil and gas to intentionally make fossil fuels unaffordable without a viable replacement for them.  His regulations drove up the expense of production while reducing the supply just as consumption went up.  Inevitably, prices skyrocketed.  Hardworking Americans are now suffering because of it.

But Joe is in a chronic state of denial.  He keeps claiming that Putin is the boogeyman to blame.

Forget that gasoline prices and inflation across America reached near record levels long before Russia’s invasion of Ukraine.  They’ve been on the rise during the past six months.  Inflation is close to 8 percent —a new 40 year high for the third month in a row.  This obviously predates Putin’s war.

Just days ago, at a conference of Democrats, both Biden and House Speaker Nancy Pelosi tried to convince members of their own party that they’re not to blame.

Biden:  “I’m sick of this stuff…because the American people think the reason there’s inflation is because the government is spending more money.  Simply not true.”
Pelosi:  “It’s Putin’s gas hike, that’s his gas hike, there’s so much of this increase in this gas tax…uh… gas price… started…uh, weeks leading up to what happened there.”
Biden:  “Make no mistake, inflation is largely the fault of Putin.  I love, you know, Republicans saying it’s Biden’s gas pipeline…Biden said he’s going to stop the Keystone Pipeline…and I did!”

It’s not just Biden’s deranged energy policy that is wreaking havoc.  His profligate spending compounded the crisis.  Like drunken sailors on payday, he and Pelosi pumped trillions of dollars into the U.S. economy.  It’s impossible to saturate the marketplace with that much currency without causing prices to go up.  It is basic Economics 101.

Yet, Pelosi stood before microphones and turned the fundamentals of economics on its head by stating, “Government spending is doing the exact reverse —reducing the government debt.  It is not inflationary.”

Pelosi’s tortured logic was an embarrassing face-plant.  Our national debt, which stands at $30 trillion is going up, not down.  And even Biden conceded in a previous speech in November that his $2 trillion American Rescue Plan caused prices to go up.  It was an uncommon moment of clarity.  But now he’s changed his tune…because politicians are nothing if not duplicitous.

Voters understand economics far better than Biden and Pelosi.  The polling data shows that Americans are deeply unhappy that the president and his party have driven energy prices and inflation off the proverbial cliff.  They know that this is Biden’s inflation.  Yet he refuses to own it.

Nor are they buying his vacuous excuses.  You remember them.  First, he claimed that inflation was “transitory.”  Then it was merely a supply chain snafu.  Then the White House said it was “actually a good sign.”  When that didn’t sell, it was all Putin’s fault.

All the while, Biden keeps pretending that economy is in great shape, and we should double-down on his green energy agenda to eliminate all fossil fuels now.  If that sounds like a sane strategy, you should get your head examined.

When he was sworn into office, Joe vowed that he would exhibit the courage and humility that true leadership demands.  He declared, “I promise you, I’m going to take responsibility.  When I make a mistake, I’ll admit it.”  He hasn’t done it, and he won’t do it.

Instead, Biden has embraced the tactics of a coward…who blames others for his own mistakes.