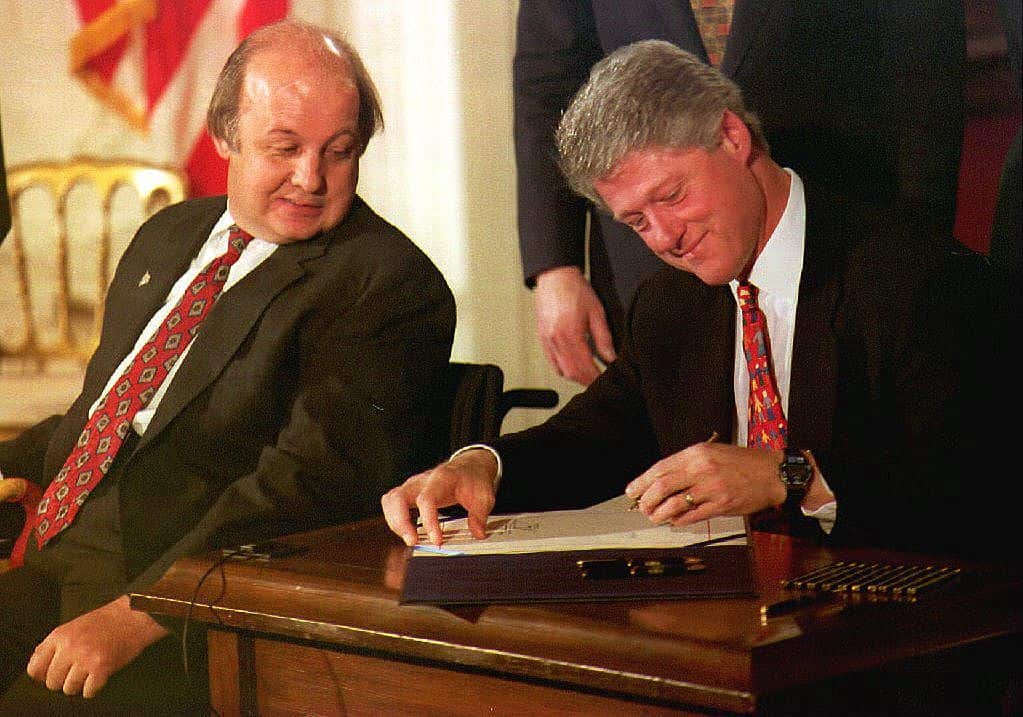 A former president can keep whatever presidential records he wants and the government has no authority to seize them.  Period.

That was the Department of Justice’s legal opinion a decade ago.  It was a conclusion shared by both the National Archives and a U.S. District Court in Washington D.C.  On that basis, ex-president Bill Clinton was allowed to maintain custody of whatever he wanted, including allegedly classified audio tapes that he stored in his home.

Fast forward to August 8, 2022 when Attorney General Merrick Garland ordered a team of FBI agents to raid and forcibly seize presidential records from the home and office of former President Donald Trump.  Garland did it because it was Trump, not Clinton.  It was purely political and contrary to the established policy of the DOJ, the controlling law under the Presidential Records Act, and the earlier federal court decision.

The 2012 case arose when the organization Judicial Watch filed a lawsuit seeking Clinton’s documents pursuant to the Freedom of Information Act.  Litigation ensued to pressure the National Archives into retrieving the materials.  District Judge Amy Berman Jackson ruled that control over presidential records rests squarely in the hands of a former president:

“The National Archives does not have the authority to designate materials as ‘presidential records.’ It lacks any right, duty, or means to seize control of them.”

The judge adopted the very argument made in court by the Justice Department:

“(Seizing the records) is an ‘extraordinary request’ that is ‘unfounded, contrary to the Presidential Records Act’s express terms, and contrary to the traditional principles of administrative law’.” 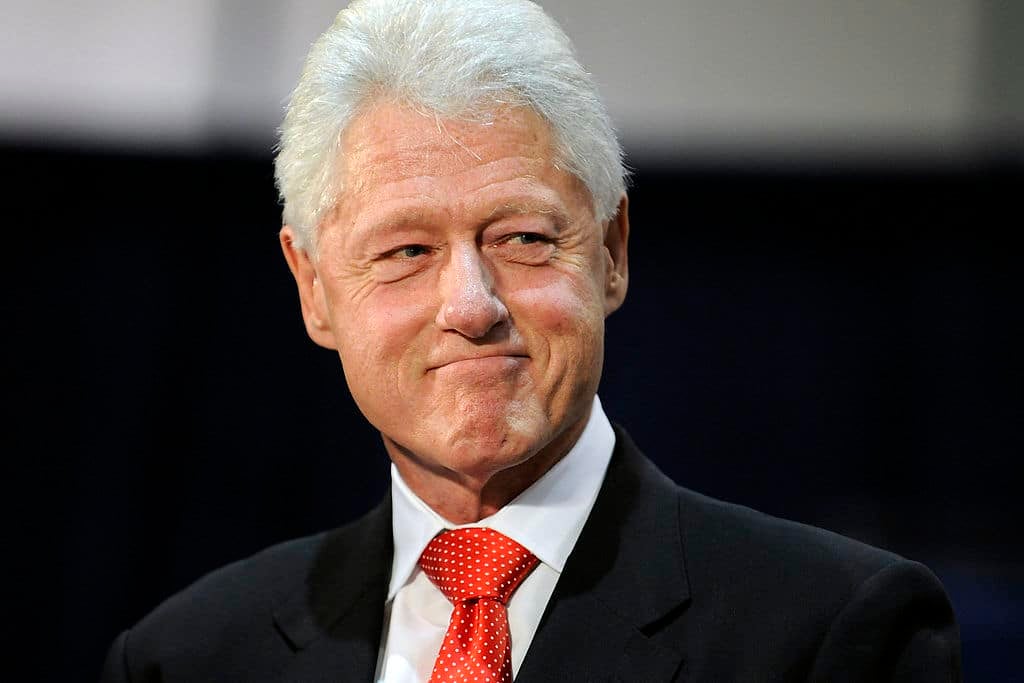 So, there you have it.  Garland defied both the DOJ’s own legal interpretation of the law and previous court precedent to target Trump in advance of an important national election.  His flagrant abuse of power bears the unmistakable stench of partisan politics, which has infected the attorney general’s corrupt tenure from the outset.

The FBI did not raid Clinton’s home to reclaim records.  Nor did the FBI raid former president Barack Obama’s unsecured warehouse where he stored classified documents for the better part of two years.  Lawless raids only happen to Republicans.

The Clinton case is instructive on several levels.

First, not only does it establish the right of a former president to designate what constitutes presidential records, but it also grants him the right under law to maintain control over what he deems to be personal records accrued during his term in office.  Second, the case also recognizes the sole discretion of a president to segregate and dispose of records.

Finally, Judge Jackson’s opinion reinforces the constraints on the National Archives and the Justice Department.  Their ability to retrieve documents is limited to a civil action, not criminal seizure.

Thus, in the Trump dispute, the proper remedy was for Garland to file a motion to compel enforcement of the civil subpoena seeking records.  Instead, he chose to ignore the Presidential Records Act and raid Trump’s home under the guise of criminal statutes that have no application.  He snookered a magistrate into signing an overly broad general search warrant that is strictly prohibited by the Fourth Amendment.

Garland and the National Archives are contradicting themselves.  They assert that Trump has no right to the presidential records.  But when Bill Clinton did the same thing, it was perfectly okay.  He can keep them.  No raid, no crime, no national security concerns.  Move along…nothing to see here.  If Garland is foolish enough to indict Trump, I look forward to watching how he’ll twist himself into a pretzel trying to explain the government’s hypocrisy.

All along, the attorney general has claimed —without real evidence— that the former president harbored still-classified documents in his possession.  Trump insists he declassified the records before he left office.  Media pundits who know next to nothing about the law have mocked the former president’s statements.  Naturally, they are wrong.

This invites the question…what is the process for declassifying records?  For a sitting president, there is no firm protocol.  He has unfettered authority and latitude to declassify anything and may do so at will.  His power derives from Article II, Section 2 of the Constitution that identifies the President as Commander In Chief.  Typically, presidents follow an informal process of notifying relevant departments that may be affected.  But this is neither imperative nor mandatory.

In declassifying, the president can provide a reason or no reason at all.  He might memorialize his act in writing if he so desires, but it is not required by any law, rule, or regulation.  Indeed, he need not tell anyone.  In plain terms, he can simply do it.  Agencies and government officials can complain all they want that the president is “jeopardizing national security,” but they have no recourse and cannot override or countermand his decision.

If Trump declassified the documents in question, then this entire controversy is about custody of presidential papers under the meaning of the Presidential Records Act.  As the Clinton case underscores, these kinds of disputes belong in civil court.  But Garland and the FBI took a different course.  Why?  The answer should be obvious to any reasonable observer.

This was always about politics, not national security.  The latter was simply a convenient pretext.  The true intent was to bludgeon Republicans politically with the cudgel of a raid and the corresponding threat of a criminal indictment that was guaranteed to gin up the Trump-hating media into a frenzy right before an election.

The FBI has served as witting accessories to Garland’s machinations.  They have weaponized their immense powers to persecute political adversaries.  President Joe Biden has created the equivalent of a secret police state.  The litmus test for thuggery is your party affiliation.  It’s not just Donald Trump, the FBI and DOJ want to crush all political opposition.  If you dare to protest policies or disagree with the Biden agenda, you can expect a heavy knock on the door.  Or maybe they won’t knock at all.

Recently, nearly two dozen whistleblowers within the FBI stepped forward to members of congress exposing how the bureau has been running a protection racket for the Bidens, hiding incriminating evidence of Hunter Biden’s influence-peddling schemes, halting the criminal investigation, and spreading lies about Russian “disinformation.”  But that’s not all.

The whistleblowers have offered detailed evidence of how the FBI spies on law-abiding Americans to help advance a political agenda.  They manipulate crime statistics and inflate the number of domestic terrorism cases.  They conduct raids without legal justification by lying to judges.  SWAT teams are being misused to make misdemeanor arrests.  Overzealous agents are banging on the doors of people who were nowhere near the nation’s Capitol on January 6th.

Those honorable whistleblowers who have had the courage to come forward are being punished by top brass at the FBI, in direct violation of laws forbidding retaliation.  Recently, Merrick Garland sent out a department-wide directive ordering agents never to speak with members of congress.  Garland’s missive is illegal and violates the Whistleblower Protection Act —not that he cares.

FBI Director Christopher Wray has done nothing to cleanup his cesspool of an agency.  To the contrary, he covers up acts of malfeasance and misfeasance while enabling Garland’s authoritarian lawlessness.  Concerned parents who complain at school board meetings are treated as “domestic terrorists” and investigated by the FBI.  Escalating attacks on pro-life pregnancy centers are largely ignored with zero arrests.  Both the FBI and DOJ look the other way when demonstrators shout threats at conservative Supreme Court Justices outside their homes, in direct violation of the law.

None of this is surprising given the shameful record of the FBI.  Under Wray’s predecessor James Comey, the agency lied to the FISA court to obtain warrants to spy on Trump’s campaign, doctored evidence against him, and used a phony “dossier” as the basis for a corrupted “collusion” investigation of the president that they knew was utterly baseless.  Sadly, this is what our once vaunted law enforcement agency has become —a powerful political cabal that targets innocent Americans and routinely violates their civil rights.

Both Wray and Garland have squandered trust in government.  They should be sacked or impeached.  Reform is desperately needed.

Print 🖨 PDF 📄
In this article:Bill Clinton, featured, Podcast, The Brief