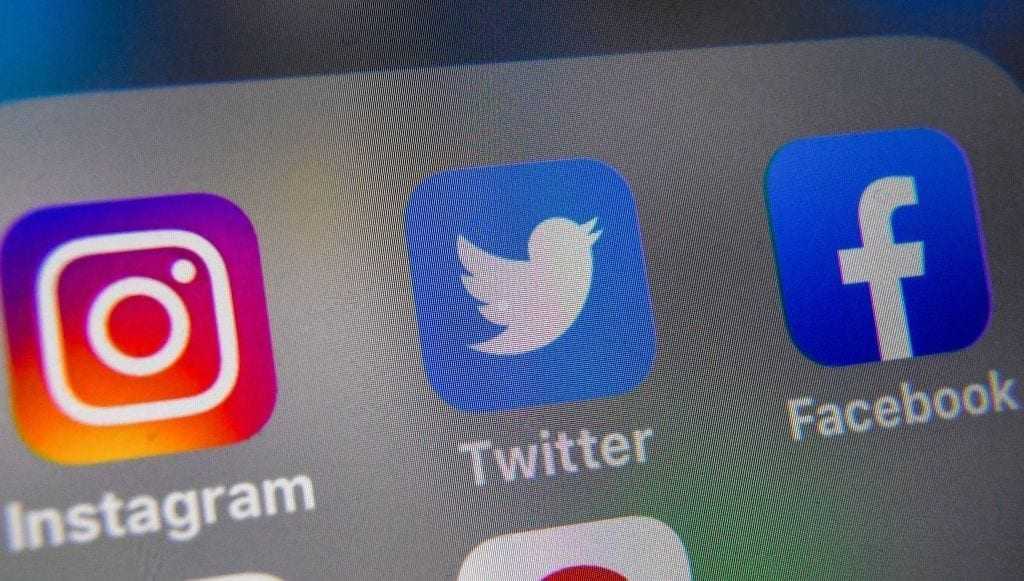 Just weeks before the presidential contest in 2020, the surfacing of Hunter Biden’s laptop posed a mortal threat to Joe Biden’s chances of getting elected.  Incriminating emails contained therein offered compelling evidence that the father was complicit in his son’s elaborate influence peddling schemes involving nefarious foreign actors who were paying millions of dollars for access and promises of favors.

So, the Biden campaign team and Democratic operatives —with a key assist from partisans at the FBI— applied pressure on the social media giant Twitter to block the story.  The predominantly liberal staff at the tech company happily capitulated.  They invented a farcical pretext that the laptop was “hacked,” strictly forbid any mention of it on their site, suspended the account of the New York Post that had broken the story, and punished anyone who dared share it by banishing them from Twitter.  These disgraceful actions constitute unwarranted censorship at its ugliest.  And it worked.  Like a charm.  Biden was elected.

Elon Musk, the new owner of Twitter, has now wisely resolved to pull back the veil of secrecy by releasing the so-called “Twitter Files.”  They expose the insidious machinations of those who suppressed the story at the behest and request of others.  They are an important window into how powerful entities held sway over America’s predominant social media platform to crush a scandal.  Musk should be commended for his effort at transparency in order to rebuild squandered trust.

The Twitter docs offer a damning indictment of how top executives at the company slanted content moderation decisions to favor and protect Biden to the disadvantage of his political opponent, whom they loathed.  Communications show that Twitter acted on a variety of censorship demands by Biden’s presidential campaign.  There was no credible evidence that the laptop was hacked, mind you.  Russian involvement was non-existent.  The newly liberated files prove that Twitter officials well knew it and voiced concerns internally.  Yet, they clung to that phony excuse, in part, because the company’s deputy general counsel James Baker urged them to do so.

Baker, you’ll recall, is the same biased character who helped fuel the Russia collusion hoax while serving in an earlier capacity as the FBI’s general counsel.  He was an eager conduit for the anti-Trump smears conjured up by Hillary Clinton and her confederates.  Under the leadership of Baker, James Comey, Andrew McCabe, and Peter Strzok, the bureau became a cesspool of corruption.  They spied on the Trump campaign, lied to a federal court to gain lawless warrants, and pursued a relentless investigation based on specious allegations that the agency had already discredited and/or debunked, but concealed.  Armed with lies, they worked sedulously to drive Trump from office.  Baker was a natural to join Twitter.  His employment there also gave the agency an insider to social media.

You won’t find any emails from the FBI in the Twitter Files exhorting the platform to jettison the laptop story.  Bureau officials were smarter than that.  Instead, they met privately with company executives warning them in advance to expect a bogus story involving Hunter Biden derived from hacked materials.  How did the FBI know to issue the sham alert?  They were not prescient; they had special knowledge.  The agency seized the laptop in December of 2019.  They examined it, knew it was legitimate, and were shocked by its incendiary value.  They correctly feared that its contents, if fully disclosed, would ruin Biden’s electoral prospects.  The FBI was also spying on Rudy Giuliani who had a copy of the laptop and was seeking to publish it.  So, the agency contrived a preemptive deception to convince Twitter to censor the forthcoming story, which it promptly did.

The FBI’s unconscionable role in burying the details of the laptop is verified in a declaration signed by Twitter’s former head of site integrity, Yoel Roth, and reported exclusively by the New York Post.  It is also confirmed by FBI Supervisory Special Agent Elvis Chan during his testimony in a censorship lawsuit brought by two state attorneys general and, again, reported by the Post.  Chan is the one who organized the surreptitious meetings with both Twitter and Facebook to spike the story.

It is a violation of the First Amendment for the government to engage in censorship either overtly or covertly.  It infringes the freedoms of speech and the press embedded in our Constitution’s Bill of Rights.  While a publicly or privately held company is under no such constraints, the government at all levels is.  This includes the FBI manipulating or coercing companies to behave as proxies to accomplish otherwise prohibited censorship.

While Twitter may not be liable per se for First Amendment violations, it is still culpable ethically for trampling on the spirit and foundation of our hallowed free speech rights.  To his great credit, Democrat Congressman Ro Khanna who represents Silicon Valley leveled this very argument to Twitter executives when the story emerged.  He complained that the platform’s censorship “seems a violation of the 1st Amendment principles.”  Khanna was right.  Cherished principles were at stake.  But Twitter dug in and refused to yield.

There were, of course, other witting accessories who actively covered up the laptop story.  An unscrupulous group of 51 former intelligence officials that included John Brennan, James Clapper, Michael Morell, Leon Panetta, and Mike Hayden penned a public letter announcing that the laptop emails had “all the classic earmarks of a Russian information operation.”  The statement itself was disinformation.  None of the 51 signators had even examined the emails or the laptop.  They simply made it up.  None of them have since had the decency to apologize or retract their unfounded claim.  Their singular goal was to protect Biden, even at the expense of the truth.  Three days later, Biden himself relied on their canard during a pivotal presidential debate with Trump, mimicking it as gospel.

The mainstream media also aided and abetted candidate Biden.  They did everything in their power to scrub or ignore the story, never bothering to verify the laptop’s authenticity or confirm its contents.  Reporters at major networks and the nation’s leading newspapers were so determined to help Biden get elected that they labeled it a non-scandal, fake news, and…yes…Russian disinformation.  It was media malpractice in the extreme.  Not that any of them care about such things as objectivity and fairness.  Those are mere nuisances.

17 months after the story broke, The New York Times finally admitted that the laptop was real.  Reluctantly, so did The Washington Post.  NBC News followed suit a couple of months later.  It took CBS more than two years to do the same.  The uncomfortable fact is that too many journalists didn’t want to know the truth, much less report it.  Their epic failure is an embarrassing testament to the political prejudice that has infected today’s press.  It is no wonder, then, that media figures are now viciously attacking the Twitter Files, Elon Musk, and reporter Matt Taibbi who reviewed and summarized the documents.  Instead of reflecting on their own moral bankruptcy —if not incompetence— they want to shoot the messengers.

It is common for political campaigns to lobby journalists for favorable coverage.  In today’s pervasive social media environment, technology platforms are frequent lobbying targets.  Indeed, the Twitter Files reveal that the Democratic National Committee (DNC) requested that conservative critics such as actor James Woods be booted from their site.  Twitter complied and also banned others named on the DNC hit list.  The Biden campaign employed the identical pressure tactics, kicking it into overdrive when the laptop story materialized.

If these censorship demands continued into the new administration once Joe Biden took office —as the Twitter communications indicate— this would be an egregious violation of the First Amendment.  Congress has a duty to investigate whether the president and his acolytes have shredded the Constitution for political gain.