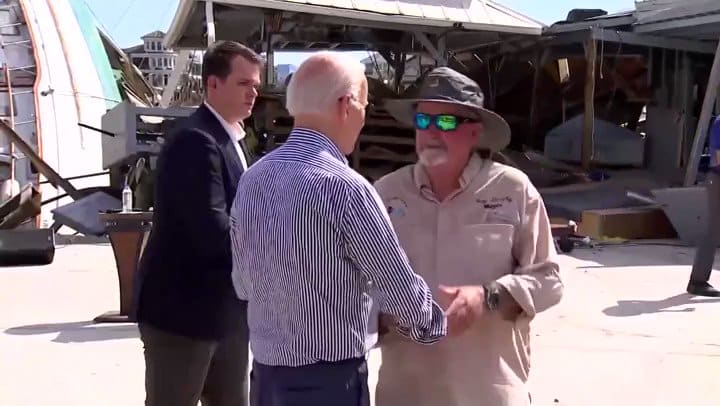 Veteran actor and director Robert Davi joins Gregg to discuss his new feature film, “My Son Hunter,” which you can watch by going to mysonhunter.com

If Hunter Biden was a Republican, he would have been indicted, prosecuted, and convicted long ago.  If his last name was Trump, the media would have tarred and feathered him on the way to the hoosegow.

But not the First Son.  He’s a Biden.  And a Democrat —a member of the protected class.  All manner of machinations will be deployed to shield him.  His messes are cleaned up.  His scandals covered up.  His crimes ignored.

As Joe Biden, patriarch of the family, boasted on a hot mic recently, “No one f**ks with a Biden.”  So, that basically explains it.

That accounts for how the president’s son has managed to evade criminal charges for more than four long years.  This, despite overwhelming evidence of influence peddling schemes involving foreign companies and governments that paid millions for access to —and likely influence from— his dad when he was vice president.

The Justice Department and the FBI have been running a protection racket.

I’m not suggesting Joe has been paying off cops like a mafia don.  But the Biden family has been getting the kind of preferential treatment from the feds befitting the Corleone family.

Biden’s consigliere…uh, ahem…attorney general Merrick Garland insists he is not interfering in the criminal investigation supposedly helmed by the U.S. Attorney in Delaware.  Right.  And the horse’s head just happened to find its way into the director’s bed all on its own.

Garland’s underboss Christopher Wray claims the FBI is straight as an arrow.  But nearly two dozen whistleblowers portray an agency rife with corruption, burying incriminating evidence, shutting down the Biden probe, and selling the lie that the damning laptop was disinformation.

Remember, “No one f**ks with a Biden.”  It’s not personal, it’s just business.  The Biden family business.

How prodigious and profitable were Hunter Biden’s overseas deals?  U.S. Banks flagged more than 150 “suspicious activity” transactions.  Overseas money gushed into his accounts like Niagara Falls in late spring.  That’s suspicious well beyond the point of being crooked.

$11 million came from Ukraine and China alone.  That doesn’t include the millions pouring in from Russia, Kazakhstan, Georgia, Oman, Romania and just about every country where Hunter’s dad wielded influence during the Obama administration.  How much of America’s national security was compromised in exchange for cold, hard cash?  We may never know.

It’s been well established that Hunter didn’t pay his taxes on the largess.  It’s called tax fraud and tax evasion.  Those felonies would land an average person in prison for up to five years.  Bribery, influence peddling, and violations of the Foreign Corrupt Practices Act would tack on several more years.  And so would failing to comply with foreign lobbying laws.

Oh, wait…I forgot.  Only Republicans get charged with FARA violations.  My bad.

But none of that has happened.  Nor will it, I suspect.  It looks increasingly like this long-delayed case is shaping up to be the ultimate sweetheart deal for the president’s son.  That’s probably why Garland repeatedly refused demands to recuse himself in favor of a neutral special counsel.  The fix is in.

The betting money in Washington is that Hunter will skate on any prison time.  Instead, he’ll pay penalties and back taxes (plus interest) and cop a plea on the gun charge in return for probation.  Easy peasy.  For him.  But not for you or me if the feds came after us for the same criminal shenanigans.

The fact that Hunter paid off some $2 million in delinquent taxes not long ago is strong circumstantial evidence that secret negotiations are happening behind-the-scenes.  It’s the legal version of “Let’s Make A Deal.”  Garland is playing the part of Monty Hall.

The lethargy that has infected this case ever since the laptop was seized by the FBI in 2019 suggests that Hunter will be treated with kid gloves.  His punishment will be the equivalent of a verbal scolding.  He’ll act sad and contrite…for a nano-second.

Again, if his last name were Trump it would be a hanging offense.  And the mainstream media would happily pull the lever on the trapdoor below.

A plea deal will open the door for Garland to escalate his meritless case against Trump over presidential records.  The AG will argue that equal justice is being applied.  That’s an absurd charade.  No one armed with a criminal warrant raided Hunter’s home.  And no sane person believes that the law is being applied equally.

The ugly truth is that equal justice is a farce.  The new prevailing doctrine was stated by Joe Biden himself:  “No one f**ks with a Biden.”

In this article:featured, Hunter Biden, Joe Biden, Podcast, The Brief