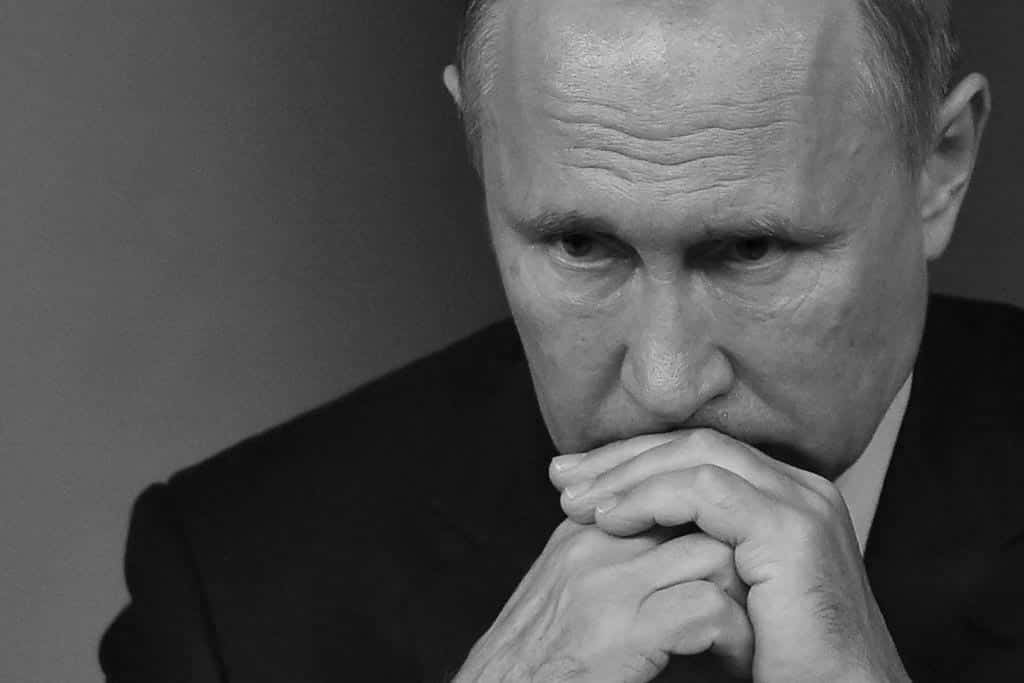 The measure of human suffering in Ukraine is memorialized in searing photographs.

Women and children lying in the streets, their mangled bodies only partially hidden by blood-stained blankets.  They are among the innocent victims of the cluster bombs, mortar attacks, and shelling ordered by Vladimir Putin in his ruthless and inhumane campaign to target civilians for destruction and death.

The murderous rampage unleashed by Putin clearly constitutes war crimes, crimes of aggression, and crimes against humanity under international law.

The International Criminal Court (ICC) in the Hague, Netherlands announced it has opened a war crimes investigation of Putin.  That may sound impressive and hopeful, but the track record of the court is not.  By the time the probe concludes, I’ll be sucking down meals through a straw in a nursing home.

There’s an old legal maxim, “Justice delayed is justice denied.”  But the ICC has turned justice into a sad joke.

That’s how the ICC works.  Or, more accurately, doesn’t work.  While the goal of the court is commendable, it is hobbled historically by inertia, dysfunction, weak management, endless jurisdictional disputes, and feeble prosecutions.

There’s an old legal maxim, “Justice delayed is justice denied.”  But the ICC has turned justice into a sad joke.

A better idea is for the United Nations to circumvent the ICC and establish a special tribunal, just as it did for the mass atrocities committed in the former Yugoslavia during the Balkan Wars in the 1990s.  It was the first war crimes court created by the UN since the Nuremberg and Tokyo war crimes trials.  And like those trials, criminals were brought to justice.

Former Yugoslav president Slobodan Milosevic, Bosnian Serb leader Radovan Karadzic, and General Ratko Mladic were all arrested and prosecuted.  161 people were indicted for their crimes.  Many were convicted and sentenced expeditiously.

Can it be done again —this time with Putin and his cruel cronies?  Yes.  Here’s how.

As a permanent member of the UN Security Council, Russia would follow Putin’s orders to veto the creation of a special tribunal.  But the General Assembly has the authority to override the veto under an obscure provision called Resolution 377.  The language affords sufficient latitude.  A vote should be undertaken with dispatch and the criminal tribunal organized.

Meanwhile, ensconced in the Kremlin or isolated in one of his many mansions and luxury dachas, Putin would simply shrug and say, “You can’t get me.”  This invites the question, how can he be captured and placed in the dock to account for his heinous crimes?

The answer can be found in the example of the aforementioned tyrant, the despised and deposed president of Yugoslavia who became the first head of state to be charged with war crimes.

Massive anti-war demonstrations against Milosevic’s brutality drove him from office, as up to 200-thousand members of his military deserted him.  He was arrested by his own people and sent off to the special tribunal to stand trial.

The same fate could befall Vladimir Putin if the citizens of Russia grow tired of his authoritarian rule and his suppression of their human rights.  With economic disaster looming, they may eventually rise up in anger against him.

Desperate conditions merit desperate actions.  Poverty and hunger drive revolutions.  It happened twice before in Russia in the last century.  History could and should repeat itself.

It is undeniable that Putin is an evil dictator who continues to commit monstrous acts in Ukraine.  No sentient person would argue otherwise.

The evidence of his criminality is well documented by photographs, videotape, and the personal accounts of survivors who watched in horror as the the carnage unfolded before their very eyes.  The loss of so many loved ones is proof of mass murder.

Millions have fled as entire communities have been laid to waste by indiscriminate bombardment —their lives and livelihoods shattered.  In a way, they’re the lucky ones.  They escaped the personal bloodshed, but are now left homeless amid the ruble.  Others were not so fortunate.

The slaughter of innocents in Ukraine was not the result of a Russian general who went rogue.  It was ordered directly by Putin in his maniacal quest for more power in an expanded Russian empire.  He yearns for the days of geopolitical dominance by the Soviet war machine and is determined to replicate it at any cost to human life.  No amount of depravity will be spared.

By invading a sovereign nation without provocation and deliberately murdering non-combatants including women and children, Putin has committed what are regarded as “crimes against humanity.”  This is defined under international law as “a widespread or systematic attack directed against any civilian population.”

A separate set of offenses are identified under the self-evident title of “crimes of aggression.”  They encompass an attack or invasion by armed forces, bombardment, military occupation of territory, and annexation.

Putin is guilty of all of that.  And no, I will not grant him a presumption of innocence.  But the tribunal will.

Time is of the essence.  The United Nations should move quickly to bring about a special tribunal dedicated solely to Russia’s invasion of Ukraine.  Bringing Putin and his comrades to justice must be a top priority.

In a detailed Wall Street Journal interview over the weekend, prominent Russian historian and distinguished professor, Robert Service, stated that the only way to end Ukraine’s torment is to remove Putin from power.  He offered two scenarios.

The first is a “palace coup” in which the ruling elite that surround Putin in the Kremlin turn against him with some assistance from the army.  This is less likely, says the professor, although it could become more plausible if world condemnation escalates in intensity and economic hardships in Russia worsen.

The second, and more likely possibility, would be a mass uprising of Russians who take to the streets by the tens of thousands (if not millions) to demand an end to Putin’s reign of terror and aggression.

This famously happened at the outset of the Russian Revolution in 1917 and led to the lamentable creation of the Soviet Union.  But it occurred again in 1991 in reverse.  An attempted coup against president Mikhail Gorbachev triggered mass demonstrations that forced his resignation and the auspicious end of the USSR.

According to Professor Service, both scenarios could converge to topple Putin “if there’s a combination of political disorder on the streets and political unease in the ruling group.”  But that will take time, and Ukraine has precious little of that to spare.

For now, Russia’s economy is badly damaged, but still functioning.  Its financial sector and banking systems are diminished, while the nation’s stock market remains closed.  The ruble has lost one-third of its value, citizens are struggling to access cash, and inflation is heading toward 15%.

Putin well knew that sanctions would happen if he invaded Ukraine.  Which is why he spent years stockpiling enormous currency reserves and devising ways to evade the impact of sanctions by replacing Western imports.  Putin is not unhinged or mad, as some claim.  He’s shrewd and calculating.

Like the communist dictators of old —Lenin and Stalin— Putin is a master of propaganda.  He strictly controls public opinion at home by manipulating the media and peddling false stories.  Since the start of the war, Putin has shuttered all independent press and banned most avenues of social media.

He has effectively created an information deficit.  Only his narrative is heard —that his actions are necessary to save Russians from Western threats…and that NATO controlled by the U.S. is determined to surround and destroy Mother Russia.  He claims to be a liberator, which is a tortured argument to make when you’re obliterating the liberated.

It’s all rubbish, of course.  But it appears to be working.  Polling shows Putin’s approval rating has gone up since the invasion began, with close to 70% of Russians supporting the war.  Yes, the reliability of the data may be dubious.  But a moment of inflection has to yet to materialize in a way that seriously threaten’s Putin’s stranglehold on power.

It’s true that thousands of Russians have protested.  But thousands have been arrested, too.  And Putin has intensified his crackdown by signing into law a summary judgement that imposes a 15-year sentence on anyone who dares to dissent.

So, where does this leave us?

If Russians continue to suffer the dire effects of their own economic situation and if living conditions deteriorate to unbearable levels, fury toward Putin could grow exponentially.

And so, too, may the public’s unwillingness to tolerate a tyrant who has rained death on Russia’s neighbor and wreaked havoc on his own nation so as to satisfy his lust for power.