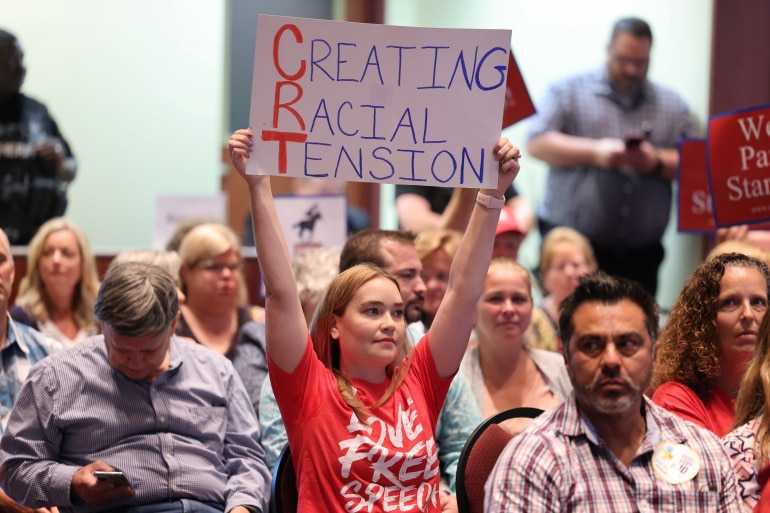 The Washington Post is vying to be the “wokest” of the woke.  It’s winning.

I despise racism for all its obvious repugnance.  But I won’t shame myself for something I am not.  Nor will I be held to account for something I did not do.  Since I refuse to judge others by the color of their skin, I won’t join the woke militants that are determined to judge me by my own.  And no, I am not guilty of “white fragility” simply because I won’t be lectured to over my skin color.   I hold dear the dream of Dr. Martin Luther King Jr. that one day people will not be judged by the color of their skin.

But today’s culture warriors want to turn Dr. King’s dream into a nightmare of racist resentment, condemnation, and hatred…where everyone is pre-judged by the color of their skin.  Screw the content of your character.  It’s as if they think the greatest civil rights leader of our times was a chump.  If they get their way, they’ll erase him from the history books as insufficiently woke.

The people who want to do this are proponents of what’s known as critical race theory (CRT).  It’s not a theory at all.  There’s no support for it in fact or evidence or science.  At best, it’s a subjective opinion.  At worst, it’s a pernicious ideology designed to demolish what made America great –free speech, free thought, and freedom of action.   It is an artificial construct intended to stigmatize and disgrace.  It is categorical prejudice masquerading as anti-prejudice.  Proponents of critical race theory pretend to be fighting racism by substituting an equally insidious form of racism.  Their goal is to divide society by elevating identity politics into a full-blown culture war.

What exactly is CRT and where did it come from?  Its genesis can be found in Marxist orthodoxy.  The most extreme version of critical race theory posits that all individuals are either oppressed or oppressors based exclusively on the color of their skin.  My colleague and friend Deroy Murdock, a sharp critic of CRT, described it in more glib terms:  “Critical race theory…defines America as inherently and irredeemably bigoted, denounces all whites as racial oppressors, and diminishes all Blacks as racially oppressed victims.”

At its core, CRT contrives a color scheme of life whereby everyone must be judged solely on the level of melanin pigment in their epidermis.  If you think this is insane or just plain stupid, you’re right.  No person with half a brain would adopt this garbage. Yet, if you dare to disagree or to challenge this authoritarian madness you are ipso facto a racist or a White Supremacist.  I can assure you that Deroy, who happens to be black, is neither.

In truth, critical race theory seeks to silence and suppress.  Diversity of character and individual merit are to be expunged.  All matters are to be seen through the lens of race and racism.  If you resist, you’ll be smeared, slandered, demonized, and cancelled.  That’s how the woke crowd works.  They are venial.

Here is the good news.  As with any extremist movement, the pendulum swings.  Americans everywhere are fighting back.  They are fed up being told they are either racists or oppressed victims from the moment of birth.   They’re sick of hearing how our nation’s institutions are systemically racist and that they function only to maintain the dominance of white people.  Parents in particular are revolting against the brainwashing of their kids in schools.  They don’t want their children coming home riddled with shame and guilt.

At least 25 states are crafting legislation that would prohibit the teaching of critical race theory.  Eight states have already banned or limited CRT in classrooms.  The momentum has shifted.  A groundswell of anger is increasingly being directed at radical progressives who have commandeered the Democratic Party and pushed the CRT mania.  That anger will only escalate.

Here’s a prediction:  next year’s mid-term elections will see a political bloodbath for Democrats.  Call it a reckoning, but the mindless leftists have only themselves to blame.  They demonstrated neither the intelligence nor the courage to stand up against this racist insanity.

In this article:Critical Race Theory, CRT