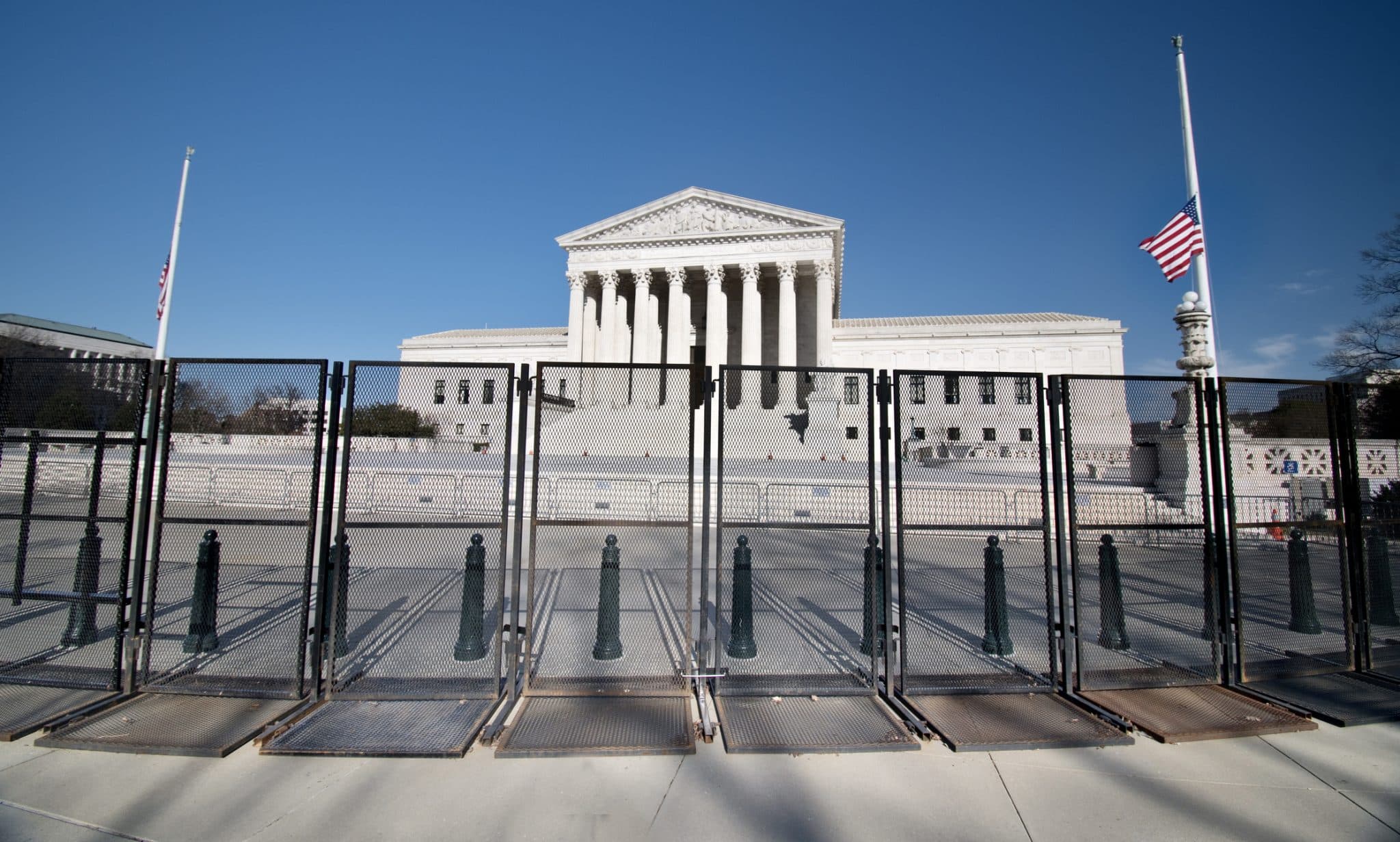 The U.S. Supreme Court has adopted a page from Emily Dickenson who once wrote, “Pardon my sanity in a world insane.”

In three successive decisions involving abortion, religion, and guns, the nation’s highest court has ignored the madding mob and finally restored some sanity to the Constitutional principles surrounding those important issues.

On abortion, a majority of justices reversed the wrongly decided Roe v. Wade decision from 1973, returning the matter to the states where it belongs. On the Second Amendment, the court struck down a ridiculous New York law that suffocated the right to keep and bear arms for self-defense. On religion, the court affirmed that praying on a public high school football field is not the same thing as the government establishing religion.

These well-reasoned decisions marked a return to common sense –a quality that seems strangely alien to the far left. In reaction, they went predictably nuts. The most rabid lost their minds altogether. Their anger turned to mania, which quickly evolved into madness. I’m fine with that. The pharmaceutical industry will have a field day.
For the rest of America, life will go on…but with a bit more sense and sanity.

It was entirely foreseeable that the long-awaited Supreme Court decision in Dobbs v. Jackson Women’s Health Organization would unleash a torrent of denunciations and protests by the usual suspects.

Joe Biden claimed it was all Trump’s fault and exhorted voters to cast ballots for Democrats in the mid-term elections. This was an obvious attempt by the president to distract from his own incompetence in destroying the economy and leaving Americans drowning in a sea of inflationary misery. Ain’t gunna work, Joe.
Barack Obama –a one-man monument to guile– complained that abortion will now be relegated to the “whims of politicians and ideologues.” In other words, people just like him.

Nancy Pelosi whined that it was outrageous and unprecedented to overturn a case that stood for nearly 50 years. It is neither. The Supreme Court has reversed its own previous decisions more than 230 times since 1810.

But by Pelosi’s twisted standard, we’d still be operating under Dred Scott v. Sandford and Plessy v. Ferguson, two of the most dreadful decisions ever handed down by the high court. Plessy’s ruling that upheld racial segregation stood for 58 shameful years before a new set of justices came to their senses and tossed it out.
The point is this: the doctrine of respecting precedence known as “stare decisis” is not absolute. It is good until it is not.

Some, like Harvard law professor Alan Dershowitz, condemned the Dobbsdecision as “judicial activism.” This is backward. The current court’s ruling was an act of judicial responsibility. It served as an antidote to the judicial activism of the Roe court, which invented a right that does not exist in the Constitution. That was judicial activism run amuck.

Nowhere in the text, structure, and meaning of the Constitution can a privacy right to abortion be found. It is neither explicit nor implicit. In 1973, a different set of justices simply made it up. For half a century in a series of cases challenging the merits of Roe, the court struggled mightily to justify what it had done. Defending the indefensible was difficult. Even the late Justice Ruth Bader Ginsburg expressed serious misgivings.

By reversing Roe’s misguided reasoning, the Supreme Court has returned the decision-making authority to the states as it was before 1973. This constitutes a restoration of the democratic process where representatives elected on behalf of the people decide the matter in their respective states.

If citizens dislike the rules in their states, they are free to change them by voicing their discontent at the ballot box and electing new representatives who can pass laws that reflect their views. This is how democracy functions in a constitutional republic.

If Americans want to create a national right to abortion they can do so by composing, passing, and ratifying a constitutional amendment. Nothing is stopping them except the will to act upon their convictions.

Some have suggested that Congress can simply pass a law codifying the right to abortion nationwide. That would be problematic for two reasons.

First, from a legal standpoint, the Supreme Court has made it abundantly clear that, by reversing Roe, the authority to regulate abortion is returned to the states. Absent an amendment to the Constitution, Congress would therefore be usurping the power of the states by passing a federal statutory law.

Second, from a practical standpoint, a federal statute would inevitably be temporary. Once control of congress and the presidency shifts, the statute would be reversed. This would create a “Ping-Pong” effect that leaves Americans in a chronic state of whiplash as the law careens back and forth, to and fro.

It is not surprising that some of the most ludicrous commentary has come from the mainstream media that is appallingly biased in its liberal slant.

On CNN, legal analyst Jennifer Rodgers wondered aloud whether states would begin using apps to track menstrual cycles. Seriously, she said that. On NBC, Chuck Todd proclaimed with confidence that the Supreme Court “is now a rigged court.” Over on ABC News, legal analyst Terry Moran (who is not a lawyer) declared that the era in which the Supreme Court tried to build legitimacy and reach consensus “is over.”

Moran might want to examine a story published a year ago by his own network. It concluded that the current composition of the Supreme Court has issued more bipartisan consensus decisions than in the previous seven years. Indeed, a full 67 percent of the court’s opinions were unanimous or near-unanimous. This year’s term only reinforced that number. But some journalists never let the facts get in the way of a good story or narrative.

The hyperventilating by the media seems designed to gin up the anger and unrest over the Dobbs decision. Of course, that is expected. Journalists and commentators immediately elevated the alarm by predicting that the Supreme Court would abolish other rights such as contraception and same-sex marriage. This is incorrect, as anyone who actually read the Dobbs majority opinion knows.

To his credit, Justice Samuel Alito, who penned the opinion, directly addressed this issue and foreclosed it. He explained how abortion is different because it involves a higher moral question of human life. Contraception and same-sex marriage are inherently different rights derived from and protected by the Constitution. Naturally, such an obvious distinction was lost on the hopelessly obtuse media.

Joining me now to discuss this is Dr. Adam Carrington, professor of politics and a constitutional law scholar at Hillsdale College. He writes on the Supreme Court regularly for National Review, The Washington Examiner, and other publications.

In this article:abortion, featured, SCOTUS