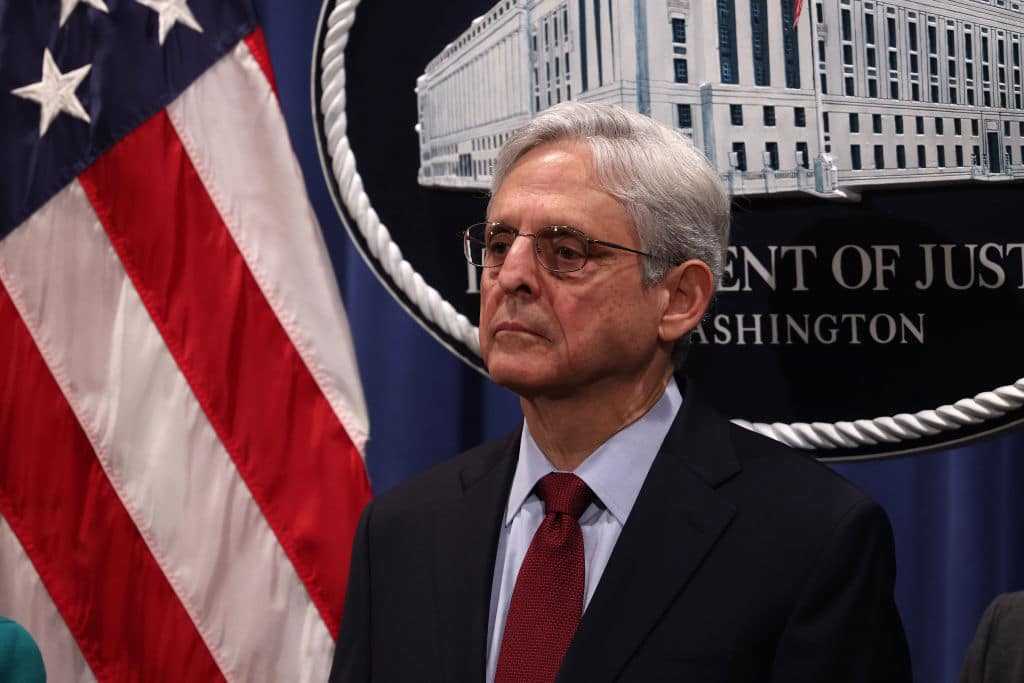 We can thank our lucky stars that Attorney General Merrick Garland never made it to the Supreme Court. His recent lawsuit against Georgia’s new voting law shows that he has neither the intellect nor the backbone to serve on the nation’s highest court. Unfortunately, as Joe Biden’s “toady” at the Department of Justice, he may do real damage to our systems of justice as a partisan activist.

Garland recently sued the state of Georgia alleging that its new voting law depresses the rights of Black voters. Simply put, this is an anemic lawsuit. The arguments are weak. The reasoning is tortured. It’s 46 pages, but most of it is irrelevant historical filler. It reminds me of a junior high school paper that is short on substance and long on B.S. I’d give Garland an F grade, and that’s being generous. He should be embarrassed that he put his name behind such a farce.

Garland and the DOJ claim that Georgia’s new law restricts the rights of Black voters. In truth, it actually expands voter access in many meaningful ways, which Garland completely ignores. Instead, he focuses on new rules affecting absentee ballots and voter ID.

No longer will election workers be able to hand out absentee ballots like cotton candy at the state fair. So, in Georgia, voters will have to do what people in most states do –ask for an absentee ballot. Gee…what a concept! It’s hard to see how that is unreasonable, and there is no empirical or statistical evidence whatsoever that it’s discriminatory. Saying so doesn’t make it so.

The DOJ also claims that it’s racially discriminatory to ask absentee voters to prove who they are by providing some form of ID. But, again, this is a fairly common practice nationwide. 36 states require some form of voter identification, including many blue states. Moreover, Georgia’s new law is less restrictive than other states because any form of ID is accepted (driver’s license, SS numbers, or just a simple utility bill.) So how does that negatively impact black voters? Garland skips that part.

A new Monmouth University poll found that 81% of Americans approve of voter ID, including 62% of Democrats. Why? Because it makes sense and it’s a deterrent to voter fraud. In Georgia, polls show that a vast majority of black residents also approve of it. And a recent study in Georgia found no evidence that voter identification –that has long been used in the state for in-person voting– suppressed votes or disenfranchised anyone.

But Garland’s next argument is the most obtuse of all. He claims that Georgia’s new law unfairly limits the number of ballot drop boxes that Black voters rely on the most. But wait, without the new law there would be no drop boxes at all! Georgia never allowed drop boxes until the pandemic hit. The state temporarily approved them, but that order has now expired. So, drop boxes were outlawed altogether until the legislature passed the new law making them a permanent fixture.
It is readily apparent that Merrick Garland is no great thinker. You may have noticed it during his confirmation hearing to be the next attorney general. Some of his responses to questions were just plain dopey. He will not be missed on the Supreme Court.

It is obvious that Garland is nothing but a partisan pawn. His misbegotten lawsuit is driven by Biden’s demagoguery that Georgia’s new voting law is “the ghost of Jim Crow resurrected!” If that’s the case, Joe, then old Jim Crow must be hiding somewhere in the backyard of your home state of Delaware…which has voting rules quite similar to Georgia’s.