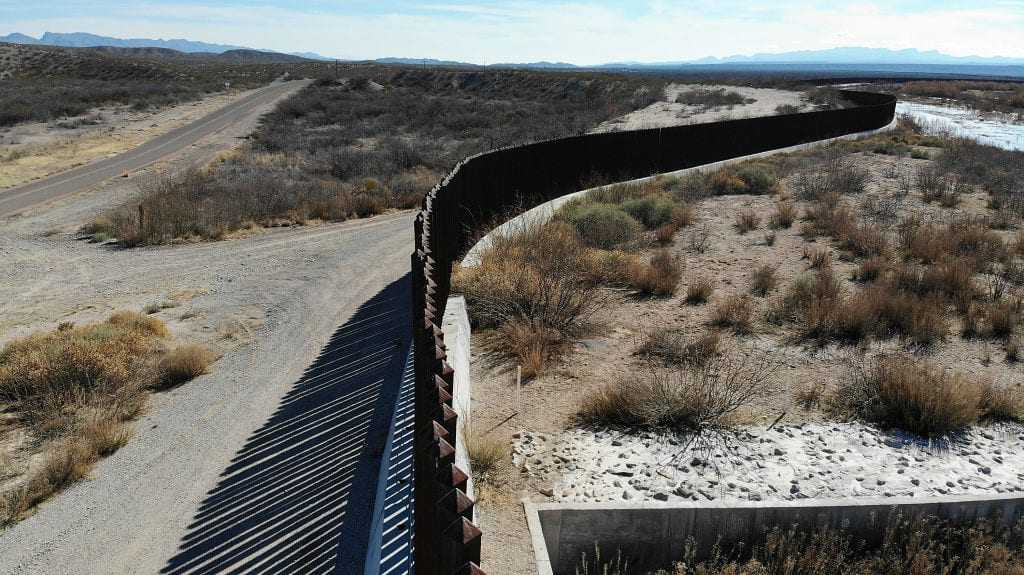 In a flurry of executive orders signed during his first days as president, Joe Biden signed a proclamation terminating all funding for the border wall.

Construction workers on the border of the U.S. and Mexico were notified Monday to stop all border wall projects by the end of Tuesday, according to Rep. Henry Cuellar, whose district sits on the border.

Cuellar, a Texas Democrat, said in a statement that federal contractors working with U.S. Customs and Border Protection were notified by the agency to stop installing the steel wall.

“I received notification that in accordance with President Biden’s executive order, all CBP contractors have now been formally notified by CBP Procurement to pause construction activities on CBP self-executed projects,” he said.

“While CBP cannot speak on behalf of the U.S. Department of Defense or U.S. Army Corps of Engineers, it is expected that DOD and USACE are undertaking parallel action on CBP-funded border wall projects that they are overseeing.”

Biden halted border wall construction projects on day 1 of taking office on January 20. The White House has not yet clarified what it will do with the contracts in place for the remaining 290 miles, including how it will pay workers and for the remaining materials, the Washington Examiner reports.

“The proclamation directs an immediate pause in wall construction projects to allow a close review of the legality of the funding and contracting methods used, and to determine the best way to redirect funds that were diverted by the prior Administration to fund wall construction,” the executive order said.

During Donald Trump’s term, more than 450 miles of the wall were successfully built, and 738 miles were funded. The border wall “system” includes the physical barrier itself, several technology options, paved and gravel roads, and lighting, according to the Washington Examiner.

Border wall projects were started in California, Arizona, New mexico and Texas, all states which span the 2,000 mile border with Mexico, to combat the problem of illegal immigration.

In areas where the wall stands, illegal drug, border crossings, and human smuggling have dramatically decreased.

In a San Diego section, the wall reduced Customs and Border Patrol requirements by 150 agents, providing about a $28 million return on investment per year in salaries and benefits, the Department of Homeland Security reports.

El Paso has also experienced a significant reduction in drug and smuggling activities because of the wall. In Zones 20-23, apprehensions have decreased by 70 percent.

This is just one of many executive orders signed that will drastically change migration into our country.