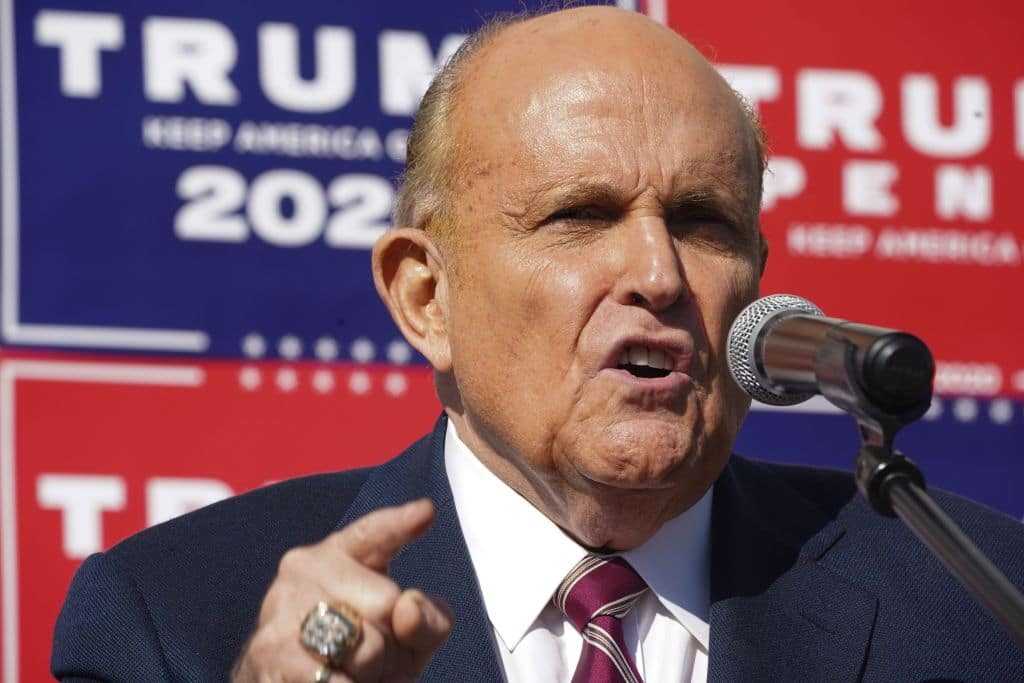 The FBI is at it again.  It’s as if James Comey, Andrew McCabe, and Peter Strzok never left.

Agents showed up at the door of Rudy Giuliani’s home in Manhattan at 6 am on Wednesday armed with a search warrant to seize telephones and computers.  You’d think the former mayor and one-time lawyer to President Trump was the head of a notorious drug cartel.

Thuggish tactics aside, what’s this all about?

The warrant reportedly states that the feds are investigating Giuliani for violating the FARA (Foreign Agents Registration Act) law.  What’s that, you ask?  It’s an embarrassingly abstruse 1938 law that says you must register with the Department of Justice as a “foreign agent” if you are lobbying the U.S. government on behalf of a foreign government, company or individual.

Good luck prosecuting Giuliani for that.

The law itself is poorly written, hopelessly vague, mind-numbingly ambiguous, and imprecise in nearly all of its language.  In other words, it’s a junk law.  And for that reason, it has rarely been employed in a criminal context.  For some 80 years, it was treated mostly as a disclosure statute.  The government used it to force foreign lobbyists to register with the DOJ.

Many didn’t.  When they were caught, they were politely asked to register retroactively.  No harm, no foul.  Have a nice day.

Then, Bob Mueller stumbled along and decided to exploit it as a truncheon for criminal charges.  It was a dumb move, especially since the feds elected to prosecute a lawyer, Greg Craig, who was acquitted by a jury in a nano-second.

The reason that Craig was found not guilty is because the jury quickly recognized the obvious: it’s the job of a lawyer to advocate on behalf of a client.  That doesn’t make him a lobbyist under the meaning of FARA.

The feds seem to be looking at Giuliani’s 2019 role in removing U.S. Ambassador to Ukraine, Marie Yovanovitch, as well as his push to investigate whether Joe and Hunter Biden engaged in corrupt acts such as influence-peddling.  To that end, Giuliani had conversations with Ukrainians in order to gather information and develop potential evidence.  He passed some of it on to his client and the DOJ, along with recommendations.

But that’s not lobbying under FARA.  At the time, Giuliani was President Trump’s lawyer.  As such, he was duty bound to conduct investigations, fact-finding, advocacy on Trump’s behalf, and counsel and advice to the President.  This necessarily involved foreign contacts.

Since he was acting at the President’s direction, he was also a de-facto member of the Trump administration, as well as his personal attorney.

This provides him with a potent defense to any frivolous FARA charge.

Giuliani is correct in stating that Biden’s Justice Department is now engaging in a “corrupt double standard” by going after him and completely ignoring evidence against Hunter Biden and his powerful father.

You’ll recall that the elder Biden was famously caught on videotape bragging about how he threatened to withhold a billion dollars in U.S. aid to Ukraine unless the prosecutor who was investigating Hunter’s company, Burisma, was fired.

You might also know that it is a crime for a public official to confer a benefit to a foreign government (a billion dollars, let’s say) in exchange for something of value to himself or a close relative.

And who doesn’t know that Hunter Biden is a prodigious grifter who shamelessly peddled influence and access to his father while banking millions of dollars in the process from the Ukrainians, Chinese, Romanians, Russians, and other foreign entities?  For a refresher course, just take a gander at the exhaustive and well-documented U.S. Senate report made public last September.

But wait…where exactly is that criminal investigation?  I’m guessing it’s been buried since dear old dad is in the White House.

If the feds are going to manipulate FARA to go after Giuliani, then they should also go after John Kerry for his work with Iranians and advocating on their behalf.

Or go after members of Congress who routinely meet with foreign governments overseas and then come back to the U.S. and advocate a particular position on their behalf.  Isn’t that lobbying for a foreign interest?

The absurdity underscores the danger of utilizing an arcane law that is overly broad and fundamentally flawed.  It’s garbage.

And any prosecution of Giuliani under the FARA statute would have the stench of political persecution.

In this article:news4, Rudy Giuliani