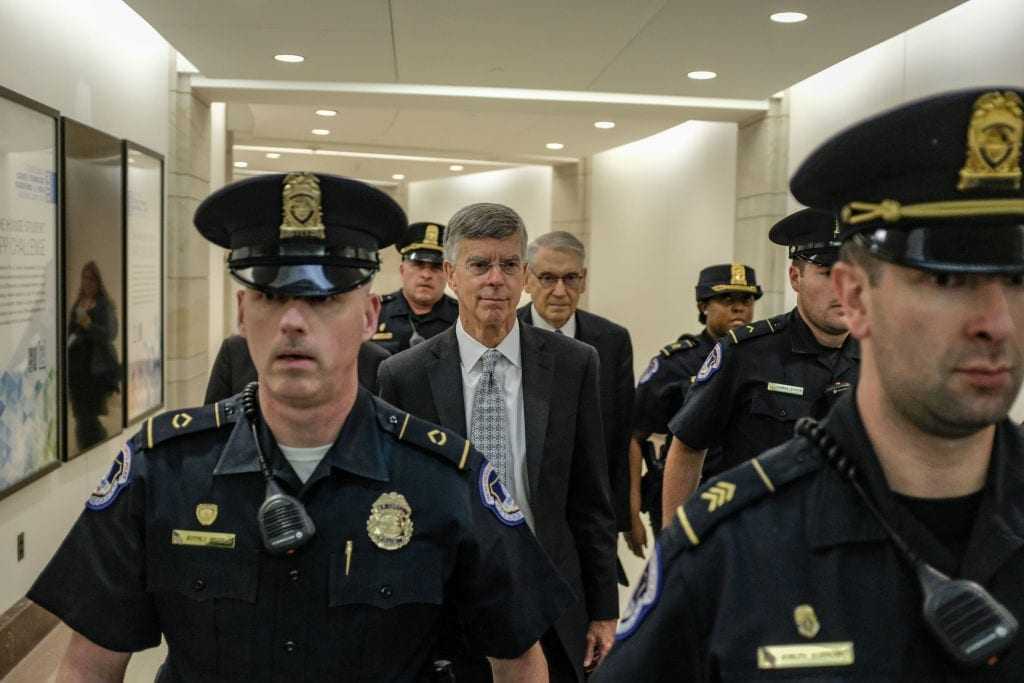 Still, with Bill Taylor’s testimony to a closed-door committee, Democrats have claimed that they finally really have the evidence to show the American public that President Trump is unfit to serve as President of the United States.

“During that phone call, Amb. Sondland told me that President Trump had told him that he wants President [Volodymyr] Zelensky to state publicly that Ukraine will investigate Burisma and alleged Ukrainian interference in the 2016 election.”

This is second or third-hand information that is once again being presented as a material fact. The Democrats previously did this to the whistleblower complaint, and are now treating Representative Schiff’s parody account of the Zelensky Trump call as being a factual account of what happened.

This is nothing new; the entire Witch Hunt was started with hearsay reporting. The Russian Dossier was primarily hearsay information that was gathered by Fusion GPS, who was being paid by the Hillary Clinton campaign and the Democratic Party. James Clapper recently admitted that President Obama ordered the intelligence community to start the witch hunt by gathering as much hearsay information possible and disseminating it to the media and public.

In Gregg’s new book,Witch Hunt: The Story of the Greatest Mass Delusion in American Political History,  he shows how the deep state abused the powers the American people allow them to have by citing hearsay as fact, swearing to the FISA courts that “to the best of their knowledge” the information was truthful.

The chapter in the history books covering this impeachment coup should be titled “The Hearsay Impeachment”. According to Representative Devin Nunes and Minority Leader Kevin McCarthy, Representative John Ratcliffe destroyed Taylor’s whole testimony in 90 seconds. The only reason this is possible is that Taylor and the Democrats only have rumors and what if’s as evidence of any wrongdoing.

Ironically, due to their constant promises of explosive evidence of wrongdoing, the Democrats have created a scenario where they must move forward on impeachment, and no matter how faulty their evidence might be, they must provide it to the American people.

In this article:Democrats, Hearsay, impeachment