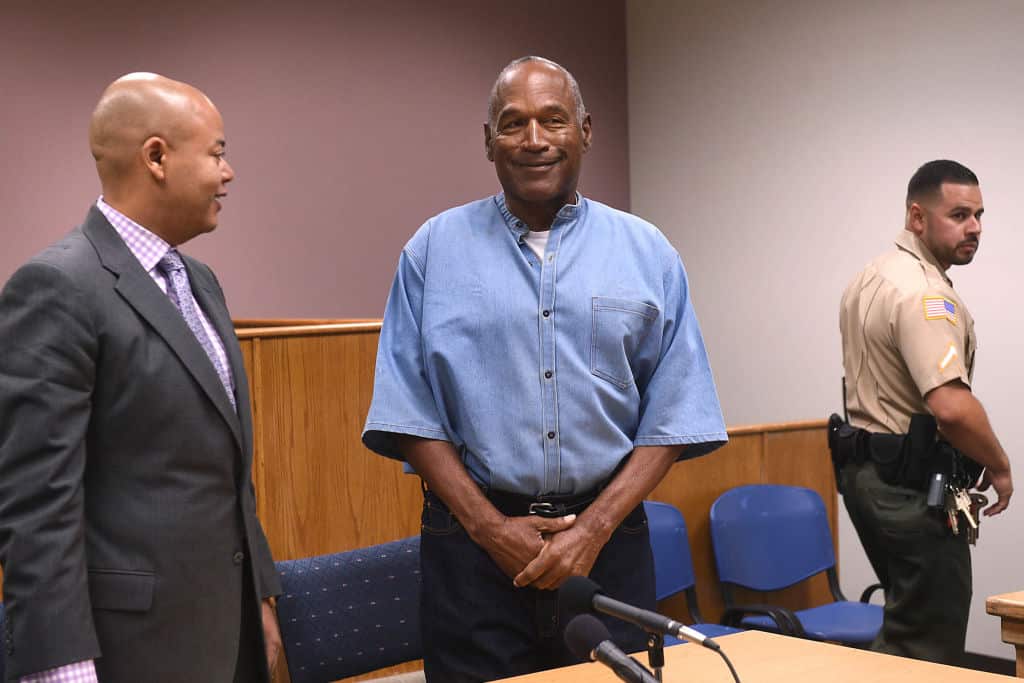 The New York Post reports, “Simpson, 74, was convicted in October 2008 for leading five men, two of them armed, into a Las Vegas casino-hotel a year earlier to confront two sports collectible dealers.”

Simpson insisted he was only trying to take items that were rightfully his, as they were from his NFL career. Simpson served nine years behind bars until 2017 when he was released under parole supervision.

Simpson was supposed to remain under parole until February 9, 2022, but was given time off for “good behavior” and added his official release date was December 1st, said state police Tuesday.

During his parole, “Simpson had remained in a gated community in Nevada, where he’s a regular on the golf course since his release from prison” according to the Post. Simpson’s attorney said OJ will not be making any comments on his release.