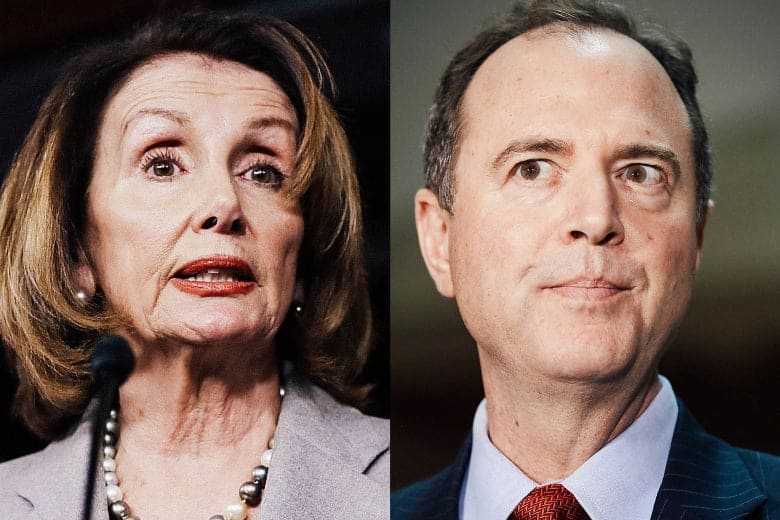 If Democrats were serious in their impulsive impeachment inquiry, House Speaker Nancy Pelosi would dump Adam Schiff as Chairman of the House Intelligence Committee.

Pelosi won’t do it, of course.  She and Schiff are now dedicated collaborators who are joined at the political hip. Their goal is to destroy Trump’s presidency, remove him from office, and thereby undo the 2016 election result that they have never managed to get over.


Schiff is the antithesis of the able, fair-minded, and even-tempered House chairmen who presided over the last two presidential impeachment proceedings in 1974 and 1998.  He wears his partisan spite on his sleeve and tends to bungle attempts to hide his deviousness.

Schiff’s malice goes much deeper than the inane statement he fabricated at the opening of his recent hearing that embarrassed both himself and his committee.  His deceptions know no bounds.  He insisted that “we have not spoken directly with the whistleblower.”  The Washington Post fact-checker called this “flat-out false.”  His deceit did not stop there.

Schiff stated that if not for the Intelligence Community Inspector General, his committee might never have learned of the so-called “whistleblower.”  This was also untrue since it was Schiff and/or his staff that directed the “whistleblower” to the IG.  His mendacity earned him the shame of “Four Pinocchios” from the Post.  As former Rep. Trey Gowdy quipped, Schiff only got four “because you can’t get five.”

When I was researching my new book, Witch Hunt: The Story Of The Greatest Mass Delusion In American Political History, I was continually astonished by Schiff’s pattern of exaggerations, misleading claims, and outright lies over the course of the interminable Russia “collusion” hoax.

·        Schiff peddled the ludicrous charge that Trump campaign adviser Carter Page was bribed by the Kremlin with an $11 billion stake in the oil company Rosneft in exchange for convincing then-candidate Trump to lift sanctions against Russia should he win the election.

·        Schiff insisted that Justice Department official Bruce Ohr did not show the Steele “dossier” to the FBI until after the 2016 election when he knew that Ohr turned it over in July –the day before Comey’s FBI launched its formal investigation of Trump.

·        Schiff argued to anyone who would listen that the “dossier” was not the bulk of the evidence used to get the FISA warrants when he well knew this was untrue.

·        Schiff boldly and repeatedly told the media and Americans that he had access to a wealth of evidence that Trump had engaged in a traitorous conspiracy with the Kremlin when no such evidence existed. 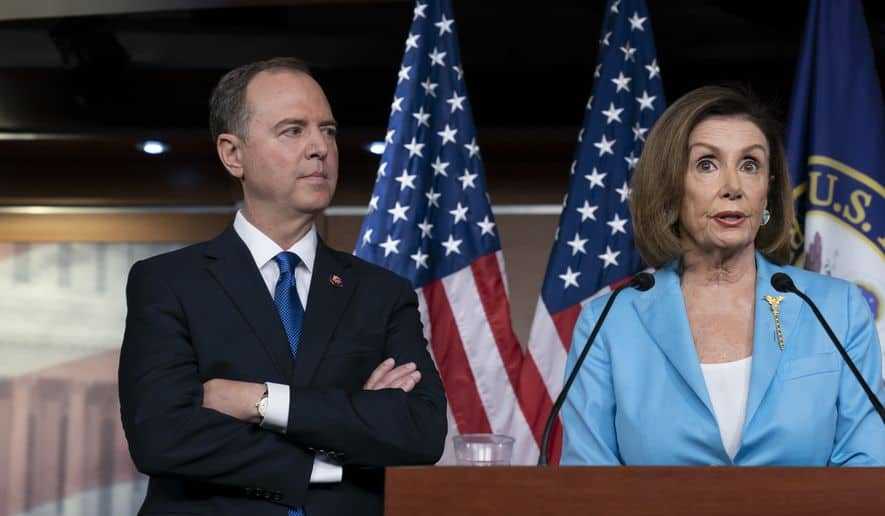 This following is straight from chapter five of my book:

“The truth always has a nemesis.  Representative Adam Schiff spent more than two years pretending that he was privy to evidence that he did not have.  That illusion gave him a comfortable home on television networks that offered no pretense of their antipathy toward Trump, especially CNN and MSNBC.  The more Democrats and the media worked in concert to advance their hallucination that Trump had conspired with the Kremlin, the more audacious Schiff became in his public denouncements of the president.  He frequently insinuated that he had special access to damning information that few others could procure.  Even after the House Intelligence Committee issued its majority investigative report concluding that it had all been a hoax, Schiff announced, ‘I can certainly say with confidence that there is significant evidence of collusion between the campaign and Russia.’  He produced no such evidence, because it did not exist.  But that did not stop him from perpetuating the “collusion” delusion.  On CBS’s Face the Nation, he ventured that Trump ‘may be the first president in quite some time to face the real prospect of jail time.’  Schiff was so heavily invested in the scam and the celebrity it brought him that there was no reversing course.  Maybe a part of him really believed his claims, and he was hoping that some magical revelation would appear out of nowhere to vindicate them.  Like a guy with a counterfeit bill, he kept trying to pass it off to others.” (pages 204-205)

Schiff became the notorious huckster of Russian “collusion” hysteria that, in the end, proved to be a one of the dirtiest tricks in modern politics.  Now, Pelosi has handed him the gavel to pursue another incarnation.  Let’s call it Ukraine “collusion.”  It is no less a hoax.

There is nothing in the transcript of the telephone conversation between Trump and Ukraine President Volodymyr Zelensky that constitutes a crime.  Career prosecutors in the Criminal Division of the Justice Department examined the official record of the call and found no violation of law.

Juxtapose with that the impeachment of President Bill Clinton.  Independent Counsel Ken Starr presented to Congress 11 separate offenses that could constitute felonies, notably lying under oath, obstruction of justice, and witness tampering.  These statutory crimes, as alleged, served as a legitimate basis for Articles of Impeachment.

Absent any criminal conduct that might fall under a strict constitutional reading of “high crimes and misdemeanors”, can Pelosi and Schiff nevertheless impeach Trump under the nebulous argument that he abused his powers?  With majority control of the House, they can certainly try.

But “abuse of power” is an amorphous concept.  There is no fixed or identifiable meaning that is universally agreed upon.  It is a phrase of shifting sands that is highly subjective and therefore susceptible to partisan abuse.  This is exactly what the Framers feared.  They did not want a president to be removed on a pretext of purely political reasons or personal animus.

Pelosi knows this.  In January of this year, she stated, “We shouldn’t be impeaching for a political reason.”  Yet, that is precisely what she is now doing.  As House Minority Leader during the 1998 impeachment of Clinton, she accused Republicans of  being driven by “hatred” and “not judging the president with fairness, but impeaching him with a vengeance.”  Pelosi, Schiff, and many of their House colleagues are now guilty of the same.

Under the terms of a 20-year old treaty with Ukraine, President Trump had every right to ask Zelensky for assistance in an official Justice Department investigation into the origins of the FBI’s Russia probe and any foreign meddling in our 2016 election.  As explained in my book, there is considerable and compelling evidence that Ukraine “colluded” with the Democratic National Committee to provide information damaging to the Trump campaign for the benefit of Hillary Clinton.  This is a key component of Barr’s investigation being led by U.S. Attorney John Durham.  Ukrainians, according to the DOJ, “have volunteered information to Mr. Durham, which he is evaluating.”

It was equally appropriate for the president to ask Ukraine to look into any potentially corrupt acts by a high-ranking American public official involving a Ukrainian natural gas company.  If it was Joe Biden’s intent to protect or benefit his son by threatening to withhold $1 billion in taxpayer money in order to force the firing of a Ukrainian prosecutor investigating that very company and Hunter Biden’s role, it might well constitute a violation of the Foreign Corrupt Practices Act and other federal felony laws.  Biden is not exempt from adhering to those laws merely because he is now running for president.

President Trump was exercising a proper use of executive power, not abusing it.  It is Pelosi and Schiff who are abusing the power of impeachment in their latest “witch hunt.”