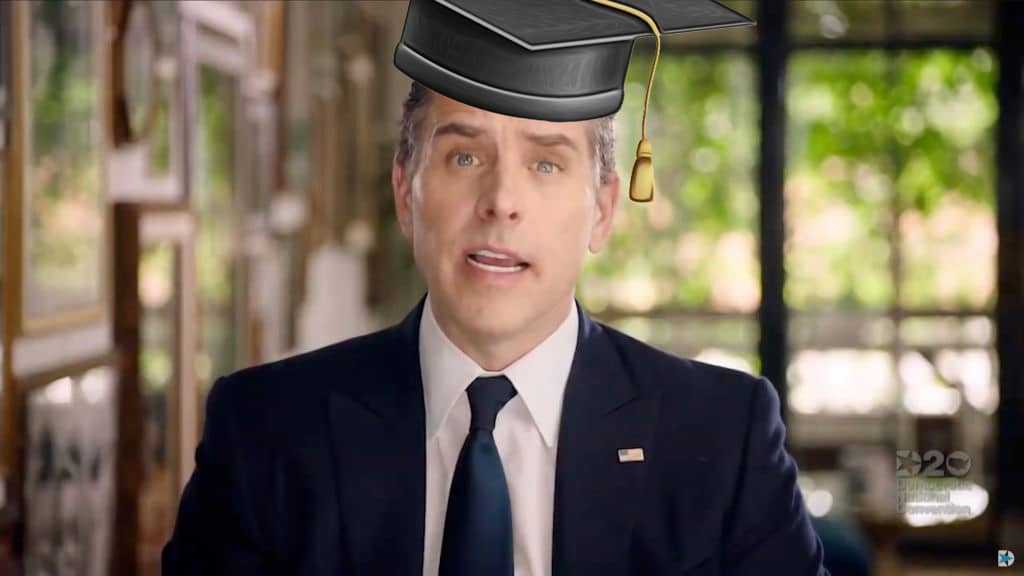 Hunter Biden is about to add yet another job that he is highly unqualified for to his resume: professor. At least the topic is one that is near and dear to him and his father – ‘fake news.’ It was announced that this fall, the younger Biden will help teach a course at Tulane University in New Orleans, Louisiana.

The ten-week course is titled ‘Media Polarization and Public Policy Impacts’ and Hunter is one of the several left-wing political and media personalities who will be guest speakers. According to a copy of the syllabus obtained by DailyMail.co.uk, the course description includes, “America’s rapidly advancing partisan divide is fueled substantially by the growing political polarization increasingly evident in our news media.”

Let’s get this straight. Left-wing political and media personalities will be lecturing young minds about “partisan divide” from “political polarization…in our news media.” It’s comical; have the very people causing the problem lament about the polarization they are causing. It’s akin to taking a diet and nutrition course from the cookie monster.

The syllabus continues: “This course will explore the current state of the media landscape in the United States and how media polarization, fake news, and the economics of the news business impact public policymaking in Washington, D.C.”

Daily Mail points out “Hunter, 51, is a Yale-educated lawyer and has never, in any capacities, worked as a journalist, reporter or in the media world.” To be fair, his expertise lies in evading news outlets reporting about his unethical behavior and business dealings. Perhaps he will be giving students tricks of the trade on how to halt the publication of leaked crack-smoking photos and videos. Or maybe an insight into how to get a job on a board paying hundreds of thousands of dollars in an area one knows nothing about. Those are all very lucrative skills.

Conservative filmmaker and producer of “My Son Hunter” Phelim McAleer sums it up nicely: “Hunter Biden lecturing a class on fake news is like Harvey Weinstein teaching a course to prevent sexual harassment. It shouldn’t be happening. Period.”

In this article:Hunter Biden, news4, Professor