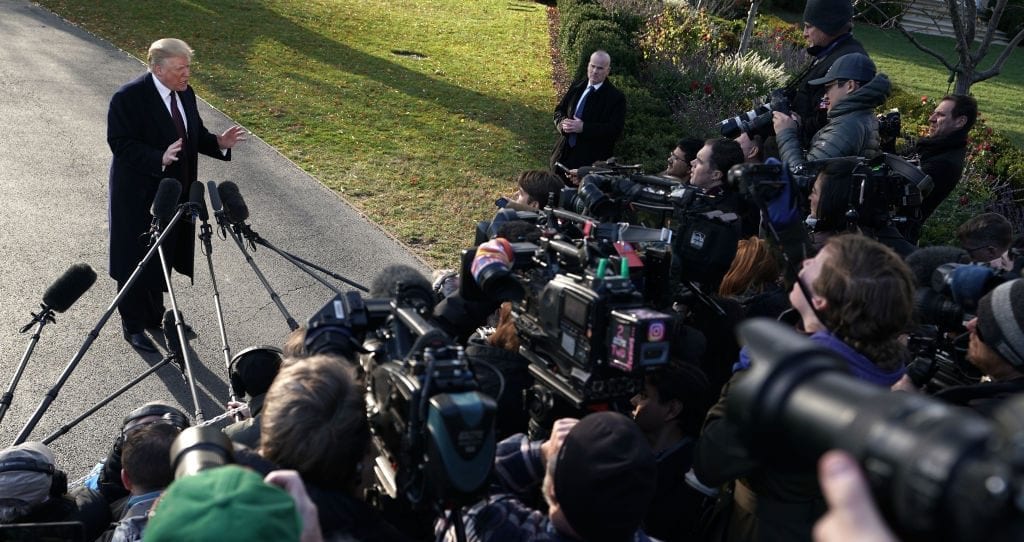 Many in the mainstream media may declare a winner in the 2020 presidential election, but such pronouncements are as irrelevant as they are.  Given how so many of them predicted a “blue wave” landslide for former Vice President Joe Biden, no reasonable person should trust them now.

The presidency is chosen by electors from all 50 states, not news organizations riven with bias or pollsters with deeply flawed calculations.  Those electors are appointed based on voting tallies in the respective states.  Hence, the counting of ballots determines who will occupy the White House for the next four years, not the media.

Herein rests a legal quagmire: should every vote be counted or only those votes lawfully cast?  Democrats demand the former, while Republicans plead the latter.  It seems inevitable that the courts —and perhaps the U.S. Supreme Court— will have to sort it out.  This is as it should be in a constitutional republic dependent on the rule of law.  We resolve our differences in court, not on the streets (or in newsrooms).

Since the election on November 3, multiple lawsuits have been filed by Republican parties and the Trump campaign in states where the voting is close.  This was preceded by a flurry of lawsuits filed by Democrats before the election seeking an advantage in how the votes would be counted.  At present, there is litigation in Pennsylvania, Georgia, Michigan, Wisconsin, Nevada, and Arizona.  These cases fall into two broad categories.

The first involves the close monitoring of vote counting.  In Michigan, for example, the Trump campaign is requesting that poll observers be permitted “meaningful access” to the counting process.  Since the law requires this, the argument is sound.  Yet, in defiance of the law, monitors have been sequestered anywhere from 20 feet to 30 feet away (in some instances, even more) from those individuals who are counting the ballots.

It is well to remember that judges are not lawmakers; they are not super-legislators.

With such a restriction, they may as well be standing a mile away.  From a distance, it is not possible to witness what is on the ballot, how a vote was marked or tabulated, whether it is properly signed, or if it has a valid postmark.  This is not meaningful access, it is meaningless.  A poll watcher must be able to actually watch how a ballot is being handled and computed in order to guard against suppression or chicanery.

State rules vary, but most allow for challenges if there is some indication of a voting irregularity.  This cannot be accomplished from a distance where visibility is diminished.  It is both wrong and illegal.  The law demands transparency and the Trump campaign has every right to sue states that refuse to comply with the law.

If Americans are to have confidence in the honesty of our voting systems, they must be open to scrutiny.  If we are to trust the outcome of an election, there must be a vigorous check on the process to ensure its integrity.  Votes not lawfully cast should not be counted.  Votes cast lawfully must be counted correctly.  The only way to prevent ballot interference is to watch the process unfold.

The second legal challenge involves the exclusion of late ballots.  In Pennsylvania, Republicans sued to enforce the law passed by the state legislature.  That law is clear: all ballots must be received by the election boards by 8 pm on the day of the election, November 3rd.  Ballots received after that time and day are not to be counted.  (Georgia has a nearly identical law.)

In advance of the election and contrary to the plain language of the law, the Pennsylvania Supreme Court (elected Democrats) decided all on their own that ballots received days later could be counted, as long as there was a postmark on or before Election Day.  By judicial fiat they ruled that a missing or indecipherable postmarked envelope is presumptively timely, which is absurd.  A signature that does not match is automatically accepted.  This is a recipe for voter fraud.

What these judges did is anathema to the constitution and a violation of the separation of powers.  Without authority, the justices on the Pennsylvania Supreme Court tore up the law passed by the legislature and created a new law that conforms to their own political desires and, arguably, supports Joe Biden.  It was a decision that reeks of partisanship.  The legislature had considered and rejected the idea of allowing late ballots to be counted.

It is well to remember that judges are not lawmakers; they are not super-legislators.  It is neither their duty nor right to nullify an existing law and invent a new one out of thin air to replace it.  Yet, this is precisely what these justices did.  They unconstitutionally usurped the power of the Pennsylvania legislature.

What is confounding is that the U.S. Supreme Court could have put a stop to this lawless action before the election took place.  Republicans filed a petition to challenge the extra-legal ruling, not once but twice.  Thanks to Chief Justice John Roberts, who sided with the liberal justices, the high court refused to issue a “stay” and later declined to take up the case on the merits.  This left the wrongful Pennsylvania decision in place.

Had Roberts and the Supreme Court done their job, the rules over which ballots can and cannot be counted in Pennsylvania (and Georgia) would have been clearly delineated in advance of the presidential election, avoiding the inexorable post-contest litigation and the acrimony that follows.

At the behest of Justice Samuel Alito, the high court urged Pennsylvania to segregate the tardy ballots.  Are state election officials doing that?  They say they are, but there’s no way to be sure.  It is altogether possible (indeed, likely) that ballots have been co-mingled, making it exceedingly difficult after the fact to separate unlawful ballots from lawful ones.

Importantly, the case is still pending before the U.S. Supreme Court.  On Wednesday, the Trump campaign filed a motion to intervene with the goal of resurrecting the dispute before the high court.  Will the Supremes act expeditiously to rectify their own failure?  Don’t count on it.

Roberts has a long and distinguished track record of protecting the legacy of the court by dodging politically incendiary cases.  A presidential election is radioactive to Roberts.  He seems to care less about the integrity of the democratic process, and more about burnishing his repetitional leadership as Chief Justice.  Roberts hopes that it will all somehow go away.  Like Cinderella, wishing is believing.

Democrats are now asking the Supreme Court to continue its stall.  They know that, with the new addition of Justice Amy Coney Barrett, a majority on the court would summarily strike down the Pennsylvania decision.  It’s an easy call —a no-brainer.  But at this point, it remains to be seen whether that same majority will now override the wishes of Roberts by voting to grant an expedited review of the case.

There are other lawsuits that have been filed by the GOP.  Some deal with allegations of ballot tampering, ballot “harvesting,” the “curing” of ballots with discrepancies, cheating, and voter fraud.  Some of these lawsuits are viable and raise legitimate concerns, while others do not.

In its rush to anoint Biden, the liberal-dominated mainstream media is already denouncing Trump for exercising his legal right to file lawsuits and contest the results.  Those journalists seem to have forgotten how Al Gore did much the same twenty years ago when it took a month to resolve the endless litigation that culminated in a ruling by the Supreme Court that effectively gave the presidency to George W. Bush.  They’ve never gotten over that one.

But hypocrisy and bias are endemic in the cesspool of media malfeasance these days.  Increasingly, pundits, pollsters, and the media have proven that they are unreliable purveyors of news and information.  Frankly, they could screw-up a free lunch.  Their adamant prophesy of a Biden tsunami on election day made a mockery of themselves and their profession.

In the end, it is the electors who choose the man who will occupy the Oval Office.  Whether and to what extent the courts intervene to ensure that the process is fair and trustworthy remains an open question.

Ironically, the same media that spent four years demonizing Donald Trump as an illegitimate president who stole an election may now be saddled with the same sobriquet that haunts their chosen candidate, Joe Biden.

In this article:Joe Biden, news3, Votes